We all run into the same issue from time to time: A big buck we’ve either seen while hunting or on camera goes nocturnal just in time for rifle season. This can be incredibly frustrating and often happens with mature bucks who have learned to keep their appearances during daylight hours as infrequent as possible.

I’ve found that those "educated" bucks are most vulnerable during daylight hours at the very beginning of the season. They’re still in their summer patterns and out chasing does during the peak of the rut. You can even find them late in the season when they’re run down from the rut, hungry and trying to fill up on groceries before the long winter hits. 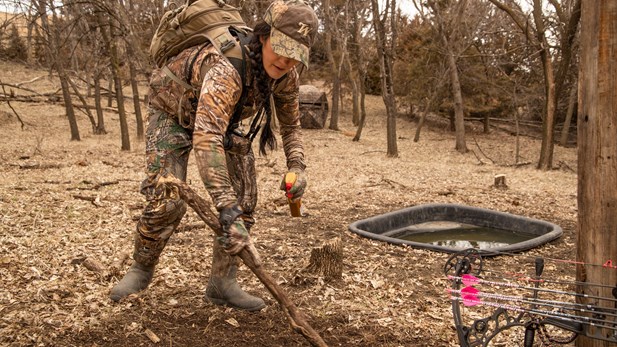 So what about the time in-between—essentially all of October? Many call it the October lull for good reason, but you have the power to change that and put the odds in your favor. Years ago, I started putting out mock scrapes with Magnum Scrape-Drippers. To create a mock scrape, find an area under a branch to clear out. It’s important to make it visually appealing and look like a real scrape. Take a stick and clear all the leaves out along with some of the dirt. 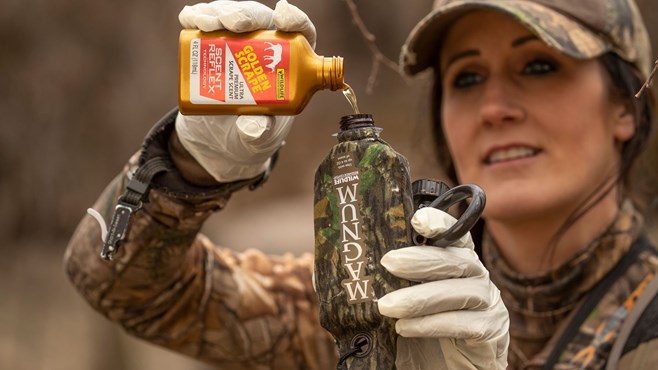 Next, it’s important to get scent in the scrape. The tricky part is making the deer check it during the day, not at night when they prefer. To do this I hang a Wildlife Research Center Magnum Scrape-Dripper filled with Golden Scrape. The Scrape-Dripper only drips during the daytime, so it makes bucks curious as to what is hitting the scrape when they’re not there. Eventually the curiosity gets the best of them, and you’ll see them transition to daytime activity trying to figure it out. 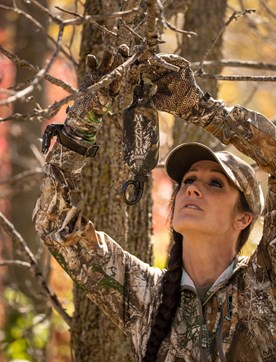 I highly recommend placing a camera on your setup so you can see the results for yourself. You’ll also find that does, young bucks and all kinds of deer will come to the area and check it out. Make sure to set this up somewhere you have a shot from your stand. Also think about the prevailing wind direction in the area when creating your mock scrape.

Overall, there’s no magic solution to bring nocturnal bucks out during daylight hours, but this has been a great tool for me over the years. Put cameras out, watch how the deer react, and soon you’ll see the results for yourself. As soon as you start getting daylight pictures of a nice buck hitting your mock scrape, get on stand!

American Hunter | Tips and Tactics for Hunting the West

END_OF_DOCUMENT_TOKEN_TO_BE_REPLACED

News, thank the women of the NRA, Refuse To Be A Victim
END_OF_DOCUMENT_TOKEN_TO_BE_REPLACED