The Henry Rifle & Mutiny on the High Seas

The Henry Rifle & Mutiny on the High Seas

A mutiny, a matriarch and a museum … oh, my!

The NRA National Firearms Museum houses a collection of nearly 10,000 firearms and thousands more artifacts. Sometimes, it is only natural to examine the dings and dents of a fine firearm and wonder just how they came to be. More than one curator and visitor alike have often asked the age-old question, “If only it could talk, what tales might it tell?”

Frequently, it is possible for us to actually get the artifacts to talk, given enough clues and determined research required to get them to speak. Writing to the Colt factory in Connecticut, the Winchester records at the Cody Firearms Museum or Roy Jinks for info on Smith & Wessons will get you partway down the path of understanding when and in what configuration the firearm left the factory—but the rest of the story, as Paul Harvey was fond of saying, is sometimes more difficult.

Provenance is key to establishing a chain of custody when it comes to firearms research, or any other artifact for that matter. As my dear “Uncle” Val Forgett, founder of Navy Arms, used to say to me, “Buy the gun, not the story.” And his sage advice is worth noting. Literally 99 out of 100 guns that are shown to me with a “story” are impossible to prove. Oral tradition might be fun to pass on at a cocktail party to admiring guests, but when it comes to placing something on exhibit, a museum curator must uphold the public trust and never place anything on view with a story unless it is airtight, 100 percent true and verifiable. To do anything less than that is to violate the unwritten bond between the institution and its visitors.

However, it is that one out of 100 stories, the one that is airtight, that I find most inspiring. When Peter Dowd of the Massachusetts Arms Collectors Association offered to loan the NRA National Firearms Museum some of his remarkable collection, I was immediately drawn to a Henry rifle with Far Eastern property marks. And oh, what a story it had to tell … 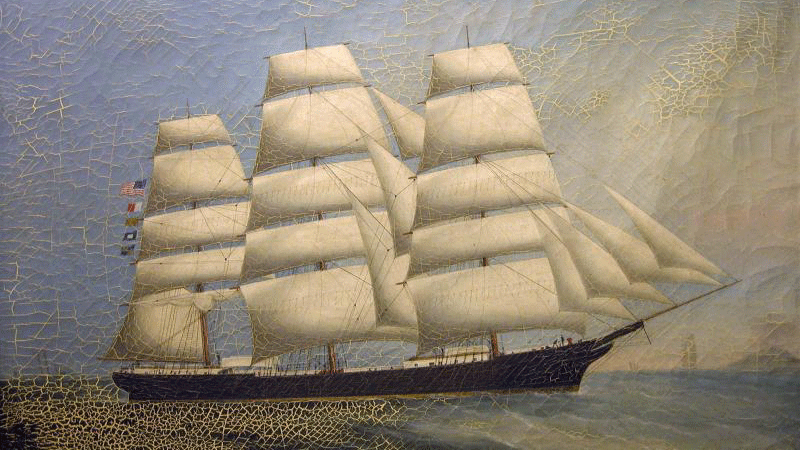 It starts with a chap named Charles Waterhouse, a ship’s master born in 1845 in Seaport, Maine, and married to Maria Waterhouse (née Whall). Together, they had a son named Charles and enjoyed a life upon the sea, traveling to most of the ports along the Pacific Rim, trading with the Chinese, Japanese, Australians and even making the trip around the Cape of Good Hope. 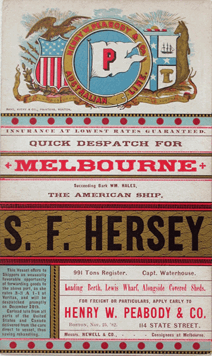 It was on the 16th of April 1883 in Melbourne, Australia, just prior to embarking for New York that Captain Waterhouse suddenly took ill and died. The ship, the S. F. Hersey, set sail for the Americas with his wife Maria at the helm shortly after he was buried.

Not long after setting sail, the crew of the Hersey mutinied, threatening the life of Mrs. Waterhouse, her son and her manservant/cook. The crew, possibly distressed about the old sailor’s tradition that a woman aboard a ship was bad luck, decided to try to take the ship by force. Armed with this 16-shot Henry Repeating rifle and two six-shot revolvers, she and the cook, along with a few of the stalwart crew, held off the mutineers. They safely arrived in New York some months later, surrendering four or five men in irons over to the Port Authorities. Mrs. Waterhouse knew that the Henry was a “force multiplier” and was able to put down an armed insurrection on her small vessel through sheer force of determination and a “whiff of grape,” as Napoleon once said. 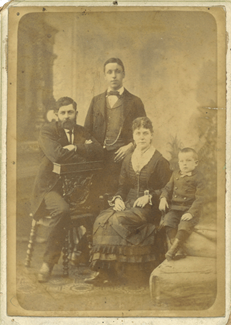 Today the Henry rifle, a carte de visite of the late Captain and his family, and a writing desk from the S. F. Hersey are part of the Peter Dowd collection at the NRA’s National Firearms Museum and on display to the public (when the museum re-opens).

As for the Bark S. F. Hersey, it had a rather long life at sea. Having been commissioned in 1865, she was retired in 1923 and sunk as a pier off of Swan Island at Port Phillip Bay in Victoria, Australia. The widow Waterhouse passed away less than a year later at the age of 78.

NRA Women | The Henry Rifle & Mutiny on the High Seas

END_OF_DOCUMENT_TOKEN_TO_BE_REPLACED

News, thank the women of the NRA, Refuse To Be A Victim
END_OF_DOCUMENT_TOKEN_TO_BE_REPLACED