Compact and sub-compact semi-automatics chambered in .380 ACP have become quite popular for daily carry in recent years. This is because they offer a useful balance of close range stopping power with moderate levels of felt recoil in easier to conceal frame sizes. Among the more popular pocket models is the SIG Sauer P238, a svelte single-stack that takes its design cues from the much larger M1911.

But the little SIG is just one of many easy to carry .380 ACP pistols currently on the market. Here are six models I've taken for a test drive that offer a variety of features, grip sizes and price points. One of these may be just what you're looking for.

Bersa Thunder 380
Located in Argentina, Bersa has been quietly offering one of the best priced .380 ACP pistols for several years now. Imported to the U.S. by Eagle Imports of New Jersey, the compact Bersa Thunder 380 offers a solid set of features for real world prices under $300. This blowback-operated, double-action/single-action semi-automatic is based on the Walther PPK, famously carried by the fictional secret agent James Bond. This 20 oz. pistol provides a full 3-finger grip length and it accepts single-stack 8-round magazines. 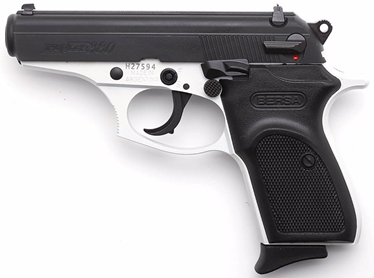 What I appreciate about the Bersa Thunder 380 is how likeable it is compared to some of the .380 ACP subcompacts I've worked with. I actually enjoy shooting and carrying it. It's slim, light and comfortable on the hip. It feeds reliably and provides good defensive accuracy while the hand filling grip makes it more comfortable and controllable to shoots. Depending on the features you prefer, this pistol can be found for sale at real-world prices starting at around $270.

Glock G42
Glock pistols have a well deserved reputation for durability and reliability. This company has been credited by some with setting the standard for the polymer-framed, striker-fired semi-automatics that currently dominate the defensive handgun market. For the most part, Glock has focused on developing handguns primarily for military and law enforcement use. But the G42 is a model designed to meet civilian concealed carry requirements. 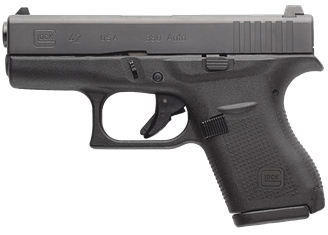 The G42 pistol is built to the same exacting standards as the double-stack Glocks chambered for larger calibers. Weighing in at just 13.8 oz. unloaded with a 0.83" wide slide, it's the smallest pistol the company has offered so far. The company opted to make the G42's grip the same length as their other subcompact models. As a result, the grip is only long enough to support two fingers and the magazine holds just 6-rounds. Nevertheless, it's one of the toughest options available with real world prices hovering around $400.

Kahr CW380
Since the mid-1990s, Kahr Arms has been offering its own interpretation of well-made, single-stack semi-automatic pistols for concealed carry. The CW380 is a pocket sized polymer frame model that costs less than the P380 it's based on. With an overall length of 4.96" and an unloaded weight of 11.5 oz., it's definitely the smallest .380 on this list. The CW380 is one of the better pocket-sized options for two reasons. This pistol’s action is of the locked-breech variety which slows the movement of the slide to help manage recoil. 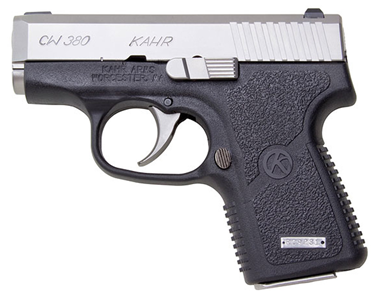 The other winning feature is Kahr's highly acclaimed trigger system. It's exceptionally smooth and clean for a pocket pistol which in turn makes it easier to control. If reduced size is a top priority, then this pistol should move to the top of your list. Although the CW380 had a suggested retail price of $419 when I tried it out, it can be found selling for less than $350 these days.

Ruger LC380
Because of the popularity of Ruger's LCP .380 pocket pistol and the LC9 compact single-stack 9 mm, the hybrid LC380 semi-automatic sometimes gets overlooked. 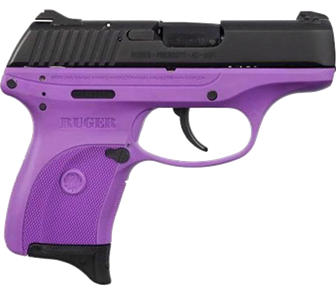 The LC380 has the same slide and frame as the LC9, but the barrel and magazines have been reconfigured for .380 ACP. So, what's the benefit of this caliber conversion? Both the tiny LCP and the larger LC9 tend to produce more snappy levels of felt recoil. By combining the heavier slide and larger grip of the LC9 pistol with the reduced cartridge pressures of .380 ACP ammunition, the LC380 is an exceptionally comfortable handgun to work with compared to other .380s on the market.

The LC380 is a hammer-fired, locked-breech semi-automatic pistol that weighs in at 17.2 oz. and accepts 7-round single stack magazines. The blue-steel alloy slide is topped with a set of useful low-profile, three-dot sights that would be perfectly at home on a medium or full-size defensive pistol. Real world prices for this model are around $400.

SCCY Industries CPX-3
It's not all that uncommon when shopping for handguns that cost less than $300 to see models that are stripped down and even a little rough around the edges. SCCY Industries is an American company which specializes in budget friendly compact semi-auto pistols with a thoughtful set of features that you might not expect to see at this price point. 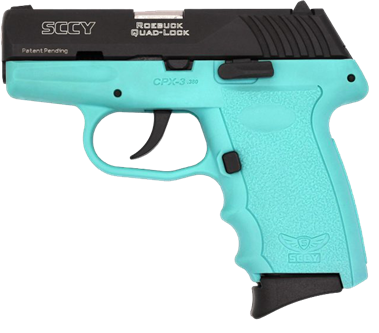 The company's CPX-3 series of .380s have a smooth, sleek look and feel thanks to corners and edges that have been rounded or beveled. These 17.3-oz., hammer-fired pistols have a smooth trigger pull, easy to operate stainless steel slides and polymer frames in a variety of colors. The double-stack magazines provide a 10+1 ammunition capacity instead of the more typical 6 to 8-rounds of single-stack models. The whole pistol, including the grip frame, has been reduced in size to accommodate the .380 ACP cartridge which makes it a better fit for folks with smaller hands. The 3-Dot sight version has a suggested retail price of $239 with the new red dot optic version priced at $339. Both models tend to sell over the counter for about $30 less. (For a full review, see: 6 Reasons to Reach for the SCCY CPX-3RD .380 ACP).

Walther CCP M2 .380
Walther Arms is another company striving to tame felt recoil for those who prefer or need softer-shooting carry pistols. They did this by re-chambering one of its popular 9 mm compacts in .380 ACP. The CCP M2 employs a gas-delayed blowback action design called the Softcoil system. A portion of the gas produced by the cartridge is used to slow down the rearward movement of the slide. This reduces felt recoil while allowing for the use of an easier to operate recoil spring and a lighter slide CNC-machined from hardened aluminum instead of steel. 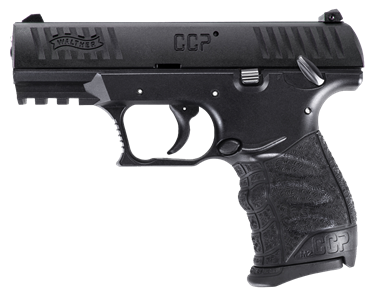 This version of the CCP M2 weighs in at 21.4-oz. and accepts an 8-round single stack magazine. The external dimensions are the same as the 9 mm version which makes it compatible with a variety of existing upgrades and holster systems. The beveled slide is available in a black (shown) or silver finish with front and rear slide serrations. The polymer, 3-dot sight system consists of a fixed front sight with a rear sight that's click-adjustable for windage. Look for real world prices hovering around $400.

We Love It: Kimber PepperBlaster II

Who is the Female Firearm Owner?

END_OF_DOCUMENT_TOKEN_TO_BE_REPLACED

A woman was home with her two children when her ex-boyfriend barged in and began to assault her.

The Truth About Treestand Safety

With simple precautions, virtually all treestand accidents are avoidable.

Feeling "left" out? No need! More southpaw-friendly firearms than ever are to be had.

Who is the Female Firearm Owner?

Who is the female firearm owner? Society loves to shame the female gun owner, but who is she really?

Love this tattered flag adorned with the patriotic words of the Second Amendment? It can be yours—or bid on 80 other items!

Watch this American Rifleman TV segment to learn how CrossBreed Holsters creates custom-quality holsters at everyday Joe prices, how to get the best out of your CrossBreed holster and more.

END_OF_DOCUMENT_TOKEN_TO_BE_REPLACED

News, thank the women of the NRA, Refuse To Be A Victim
END_OF_DOCUMENT_TOKEN_TO_BE_REPLACED