The Round Rock (Texas) Police Department Training Division gave the 12 female officers a cross-section of training to enhance the skills that they use on the job.

“Our home is your home,” said Chief Allen Banks, as he welcomed the officers to the City of Round Rock. “We want you to enjoy your time here and leave equipped to better serve your communities.” During the course of the three-day event, the Round Rock Police Department Training Division gave the "Back the Women in Blue” attendees a cross-section of training to enhance the skills that they use on the job. Officers enjoyed their time at RRPD’s state-of-the-art facility with the department’s exceptional leadership and training teams.

The three-day event featured live-fire training with pistol performance drills in light and low-light environments using ammunition from SIG Sauer, flashlights from SureFire, and targets from Action Target. The women were also given special instruction on defensive tactics training on the mats, as well as building tactics in the RRPD training village. They closed out the event with vehicle scenarios using Simunitions, and officers repelling off of the five-story tower. 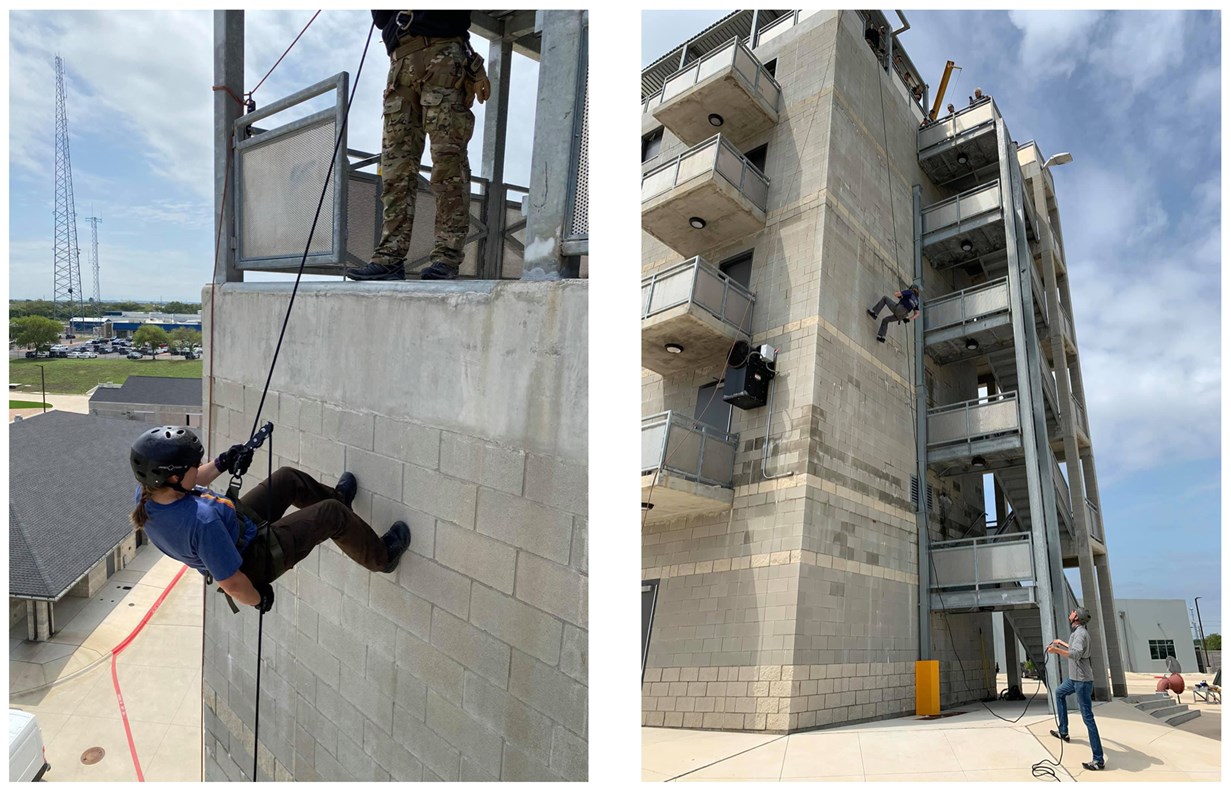 Each officer in attendance was nominated by someone in her community as a public servant deserving of this opportunity. With generous contributions from Title Sponsor SIG Sauer, the Round Rock Police Department, and AG & AG chapters throughout the country, all expenses were covered, including training, meals, and lodging.

“The ladies that came together for this training are some of the best female officers that I have ever met,” said attendee Sgt. Kat Silvia of the Dallas Police Department. “We often have a hard time in this male-dominated profession, but these women are great examples for female officers everywhere.”

AG & AG hosts “Back the Women in Blue” for female law enforcement officers each September, as well as many competitive matches and civilian training events throughout the year. For more information, visit AGirlandAGun.org/back-the-blue.

In this article
A Girl & A Gun, Back the Women in Blue, Round Rock, Texas, Law Enforcement

END_OF_DOCUMENT_TOKEN_TO_BE_REPLACED

News, thank the women of the NRA, Refuse To Be A Victim
END_OF_DOCUMENT_TOKEN_TO_BE_REPLACED