Maxwell changed how we preserve trophies and specimens forever ... here's how.

The Centennial International Exhibition of 1876 was the first official World's Fair in the United States, and more than 200 buildings had been constructed for the six-month event. In July, when temperatures were at their hottest, the average daily attendance was just 35,000 people, but now it was November and that number had increased to 115,000 a day.

Among the exhibits drawing large crowds were Alexander Graham Bell's telephone and Remington's typewriter, Heinz Ketchup and Hires Root Beer, a reconstructed Colonial kitchen and the Corliss steam engine. Then there was Martha Maxwell's display of stuffed animals and birds in a natural-habitat setting.

In 1876 the displaying of wildlife in a natural setting was unusual in itself. Moreover, the animals and birds in Martha's display were native to Colorado and, therefore, unfamiliar to most attendees. But perhaps the biggest reason for the large crowds around this particular exhibit was Martha herself. No one had ever before heard of a female taxidermist.

A young man in a top hat gazed raptly at the display, then shook his head. “What kind of woman is she?" he asked of no one in particular.

“I don't think she shot ‘em," said an elderly man. “I think she poisoned ‘em. I've looked and looked and I don't see no holes anywhere."

“I just don't understand how a woman could do that!" exclaimed a plump matron, shuddering.

Five-foot-nothing Martha smothered a sigh. She'd heard the same comments over and over, day after day since she arrived. At one point she'd penned the words “Woman's Work" on a small sign and posted it in front of the display. The sign was still there, but the comments and questions continued.

She turned to address the curious crowd. “Ladies and Gentlemen," she began, “The animals and birds you see here represent animal and bird species found in Colorado. Some were shot, some were trapped and a few were poisoned.

“Told you so," muttered the old man, loudly. His companion nodded.

“I get some specimens from hunters," continued Maxwell, “but these days I shoot most of them myself. Then I skin them, preserve and stuff them ..."

The crowd seemed to gasp as one, a sound that reflected a mixture of bewilderment and awe.

“... and arrange them as you would see them in the wild if you were to visit Colorado," she concluded.

Scattered applause rang out as some in the crowd moved on to the next exhibit and others moved in to take their place. 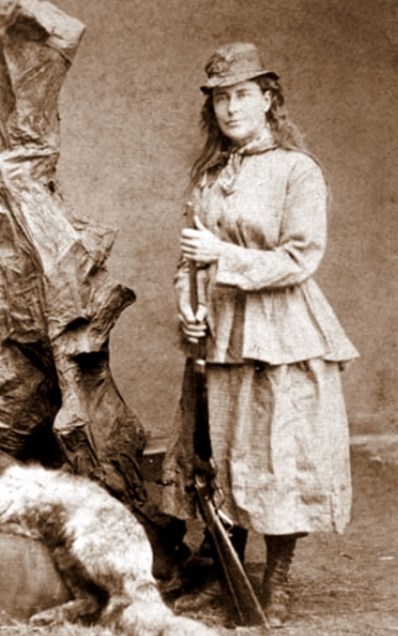 The Early Years
Naturalist, taxidermist and huntress Martha Maxwell was born Martha Dartt in Pennsylvania on July 21, 1831. It is said that her grandmother cultivated young Martha's early enthusiasm for the beauty found in nature. That enthusiasm only continued to grow as she matured.

At age 20, Martha married James Maxwell, a widower with six children. Over the next few years, a daughter, Mabel, was added to the mix and the Maxwell family lost their fortune due to the financial crash of 1857.

So it was that in 1860, the Maxwells were lured by the possibilities of the Pike's Peak Gold Rush. They left Mabel with relatives in Wisconsin and headed west, settling near Denver. There, Martha's husband James settled into mining and Martha operated boarding houses.

A Career Is Born
By 1868 the Maxwell family-including Mabel-were living in Boulder, Colo. Martha, who had been inspired by the work of a local taxidermist, was now fully immersed in taxidermy. She loved preparing her own skins and mounts and arranging the animals in a natural position. She loved the idea of preserving for others an accurate visual record of Colorado's wildlife-of preserving the natural world she was so passionate about.

At first she'd had to rely on some of the local boys to get her specimens, but she preferred not to be dependent on others. So she bought a gun and learned how to use it. Soon, the lifelong vegetarian who disliked killing animals was going to the mountains to harvest her own wildlife.

Martha also studied everything she could get her hands on about chemistry and biology, turning herself into a knowledgeable self-taught naturalist with a great desire to share what she knew. This knowledge, coupled with her years in the field, led Martha to discover several species not thought to live in the Colorado region, including a subspecies of owl now known as the “Rocky Mountain Screech Owl."  In 1877, in tribute to Martha, that owl was given its scientific name, Scops asio maxwelliae.

On Display
By the fall of 1868 Martha had collected and mounted some 600 specimens and displayed them at the Third Annual Exposition of the Colorado Agricultural Society in Denver. In 1870 she represented Colorado at the St. Louis Fair with an entirely new collection, funded in part by the $600 sale of her first collection to Shaw's Gardens in St. Louis, Mo.

Eager to display her work, Martha opened the Rocky Mountain Museum in Boulder, Colo., on June 4, 1874. Eighteen months later, it was relocated to Denver. Unfortunately, the museum was not the moneymaker for which she'd hoped.

With the 1876 Centennial Exposition in Philadelphia, Martha finally achieved some of the fame and national recognition she so richly deserved. Her natural habitat displays and the sheer artistry of her taxidermy were impossible to ignore. However, the money certainly did not follow. You see, the Colorado Legislature that paid for Martha to go to Philadelphia-along with her 47 stuffed animals, 224 stuffed birds and various habitat display items-had promised to pay the return trip as well. But after the Exposition ended, the Legislature declined to send any additional money, and Martha was unable to afford the return trip on her own.

She remained in the East, eventually moving to New York to open a bathhouse-museum, which would become yet another financially unsuccessful venture. In 1881 Martha died in her daughter's arms of blood poisoning from a tumor.

Lady of Many Firsts
Today, Martha D. Maxwell is credited as the first woman to collect and prepare her own skins and mounts, the first taxidermist to pose wildlife in a natural position, and the original design influence for realistic postures and habitats in natural history displays.

END_OF_DOCUMENT_TOKEN_TO_BE_REPLACED

News, thank the women of the NRA, Refuse To Be A Victim
END_OF_DOCUMENT_TOKEN_TO_BE_REPLACED