This week, we start our lineup with a can’t-miss exclusive interview between America’s Commander in Chief and America’s 1stFreedom Editor-in-Chief Frank Miniter: “The leader of the free world walked confidently into the Oval Office, settled in behind his desk, and waved off the various photographers who had come to document yet another moment in the history of this historical president.” Where does President Donald J. Trump stand on the Second Amendment, and what does he have to say to you, the NRA Member? Click here to find out.

If you’re like most shooters, you’ve probably noticed the current ammo shortage. 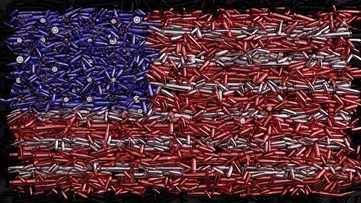 Some say it’s due to the COVID-19 pandemic shutting or slowing down the factories that manufacture the ammunition. Others say it’s a reflection of customers stockpiling. Whatever the reason, factory ammo is almost as hard to find these days as “white gold” (a.k.a. “toilet paper”) was early on in the pandemic. What’s an NRA Woman to do?

There’s still time to support NRA’s Institute for Legislative Action (NRA-ILA) in its critical efforts during the 2020 elections ... and, what’s more, when you do, one of seven Second Amendment-supporting companies will match your donation. With gratitude to Kimber, Lipsey’s, Rock Island Auction Company, SIG SAUER, KelTec, Taurus and Gallery of Guns, you can double your impact by donating today. Here’s how.

Finding a holster that works with your gun and your anatomy while doing what you need it to do can be something of a process of trial and error. This mother/daughter entrepreneur team figured out a way to turn your drawer full of barely used holsters into a little spare cash in your pocket. (Whether or not you then spend it on more holsters is up to you. We don’t judge.)

If you’re looking for the best new defensive gun, chances are you’re reading gun reviews to see what the professionals think—and of course, that’s always a great idea. But you’ll notice that many such articles will include “torture tests” in which the writer puts however-many-thousand rounds through the gun without cleaning it. If they can do it, why shouldn’t you? (Here’s why.) 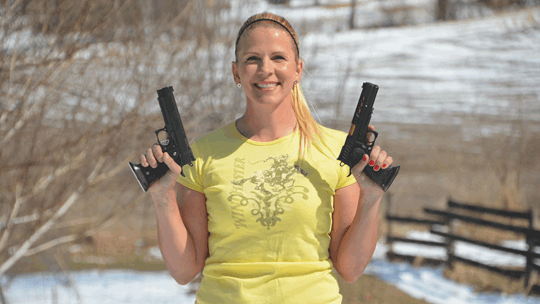 The record-setting pace of new firearm sales this year is well-documented, but tracking nationwide purchases of gun-related gear is another story. No NICS check is required for a holster, but a press release from 1791 Gunleather this month indicates orders for its products went up almost 100 percent between April and September. Is there a shortage for gun gear on the horizon? American Rifleman’s Guy Sagi analyzes the information we have now.

Most of the time, the conversation around prepping for survival situations centers around “bugging out,” which is just a tacticool term for “evacuating your home.” But as many of us learned to our dismay this year, sometimes the best—or only—option is to shelter in place. With the traditional “cold and flu season” heading our way and a potential second coronavirus outbreak, now is as good a time as any to take a good, long look at your “shelter in place” supplies. Here’s the NRA Woman’s ultimate bug-in resource checklist.

New data on background checks and concealed carry permit holders shows that the exercise of 2nd Amendment rights may just be the one constant in 2020. 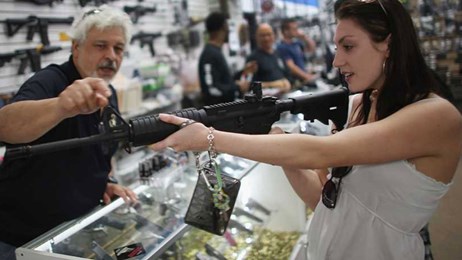 New data was released and records were set. This isn’t déjà vu; it’s a trend. What do these numbers mean for us in the context of the 2020 Presidential election? Our friends at NRA-ILA report.

Recoil isn’t just a pain in the…wrist. It can be a real problem in a self-defense situation. When shooting, the gun is going to move, so you need to come to terms with the fact that it will. The key is to manage it. Remember, one shot on an attacker is likely not going to be enough, so you need to run the gun lest it run you. The Well-Armed Woman’s Carrie Lightfoot has some great tips to tell you how.

END_OF_DOCUMENT_TOKEN_TO_BE_REPLACED

News, thank the women of the NRA, Refuse To Be A Victim
END_OF_DOCUMENT_TOKEN_TO_BE_REPLACED