For a first-time hunter, the process of hunting can seem daunting, like a puzzle. There are many pieces, or elements, that a hunter must connect to result in a successful harvest, where all the pieces come together. Although a hunter can’t control every factor, the most fundamental knowledge a hunter can gather for her best chance at a success is a deer’s behavior. 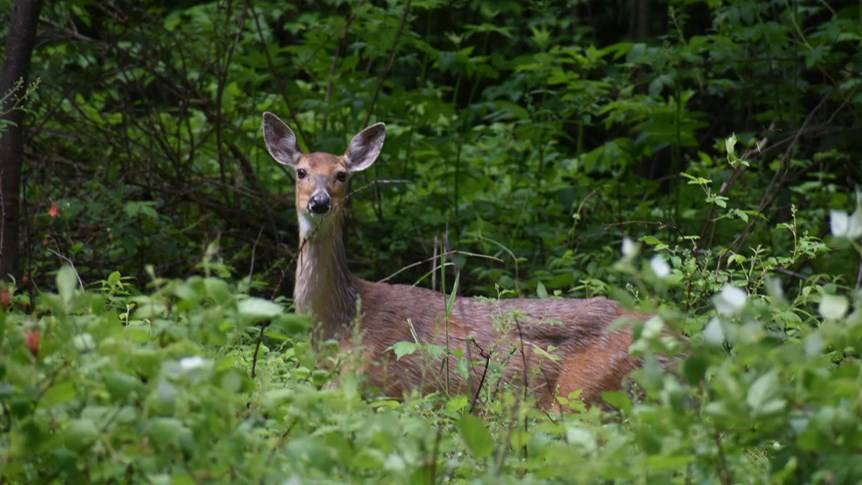 At its core, hunting is simply learning about your game so you can intervene in its routine and outsmart it, giving you the opportunity for an efficient and quick harvest.

Although shooting accurately and choosing the proper camouflage are basic hunting fundamentals, a good stand location is critical to interrupting a big buck’s lifestyle. While stand placement tactics can be unique to individual hunters depending on terrain and region, the following basics will help you get started, or help you determine when it’s time to pick up and move an old stand.

A deer’s basic needs are the same as ours: food, water and a safe place to sleep. Get in the habit of finding the following resources, and you should be able to find a decent area to hunt: 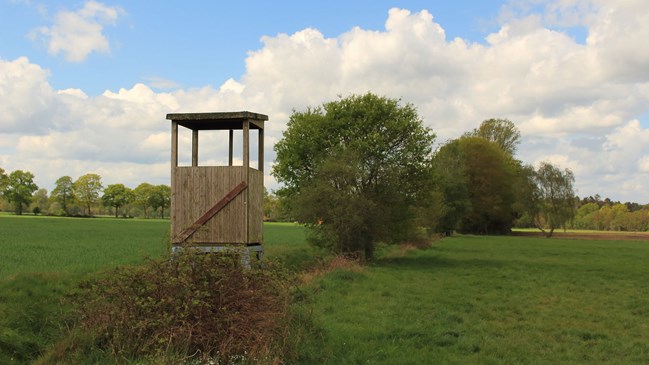 Water
It’s easy to forget about water sources where deer will be coming to and from. Look for streams, lakes and ponds, especially those that have significant surrounding traffic signs. Even a trickle from the ground might do the trick; I’ve watched bucks enjoy a quick drink over what looked to be barely a puddle.

Bedding
Depending on the weather, you can catch a deer coming to or from their bedding in the evening or late morning. Savvy deer will typically bed down upwind of any activity and will watch downwind. Most beds of mature deer can be found in hilly areas or near thick brush, downed logs or a slash. 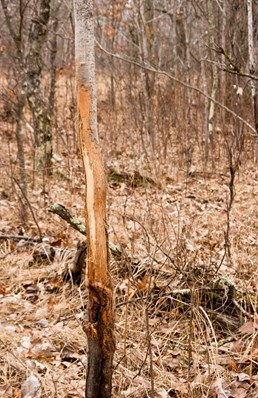 While scouting for resources, the next obvious step is to keep note where deer are moving and marking their territory. A few signs to look for include traffic patterns, rubs, scrapes and scat.

Traffic
There’s nothing more exciting than sitting over well-used game trails, or “cow trails” as my father calls them. A deer on the run (hopefully a big buck on a doe) will typically use a cleared path. Look not only for worn terrain and tracks in the trail, but pulverized leaves, scat and freshly broken branches near the trail. All those signs mean it’s a commonly used walkway for deer, and there may even be a cross-trail somewhere close. Hunt the highway!

Rubs and Scrapes
Think of rubs and scrapes like a buck’s social media account. They’re making public posts in nature that tell other bucks about their location, and tell of their sexual readiness. Mature bucks rub their antlers on trees to mark their territory and assert dominance; the bigger the tree where the rub is, the bigger the rack that made the rub probably is as well. A scrape on the ground, where a buck will paw to fresh dirt, are usually near walkways and near a tree with branches above. Bucks will rub scent from their face onto the branches and use urine and tarsal glands on their legs to freshen the “message” on the scrape usually in pre-rut stages.

As a hunter learning the ropes or, as an experienced hunter, you freshen up on your tactics, stick to the basics of what you now know. But there’s nothing more valuable than getting out in the woods and reading the deer sign and behavior.

NRA Women | How to Keep Your Rifle or Bow Steady

NRA Family | Not Just a Campfire Tale: How One Teen Took a Monster Buck

American Hunter | How to Read Rubs

END_OF_DOCUMENT_TOKEN_TO_BE_REPLACED

News, thank the women of the NRA, Refuse To Be A Victim
END_OF_DOCUMENT_TOKEN_TO_BE_REPLACED