“Whenever you’re ready,” Travis Worlock says, as your turn comes up to enter the live-fire scenario. Standing by the first door, armed and a belt full of loaded magazines, you check that the firearm is loaded. Just as you flip the safety off, your other hand pushes open the door. Gunfire erupts as you deal with a threat in first corner. As you do a sweep of the room, you discover another threat that is hiding behind the door. You promptly put two rounds into the chest of the bullet trap mannequin, its shirt peppered with holes from previous sessions with armed women.

Paradigm shift is defined as “a fundamental change in the basic concepts and experimental practices of a scientific discipline.” Appalachian Tactical Acquisition Course (A.T.A.C.) puts that concept to the test by introducing a new way to approach defensive firearm training. 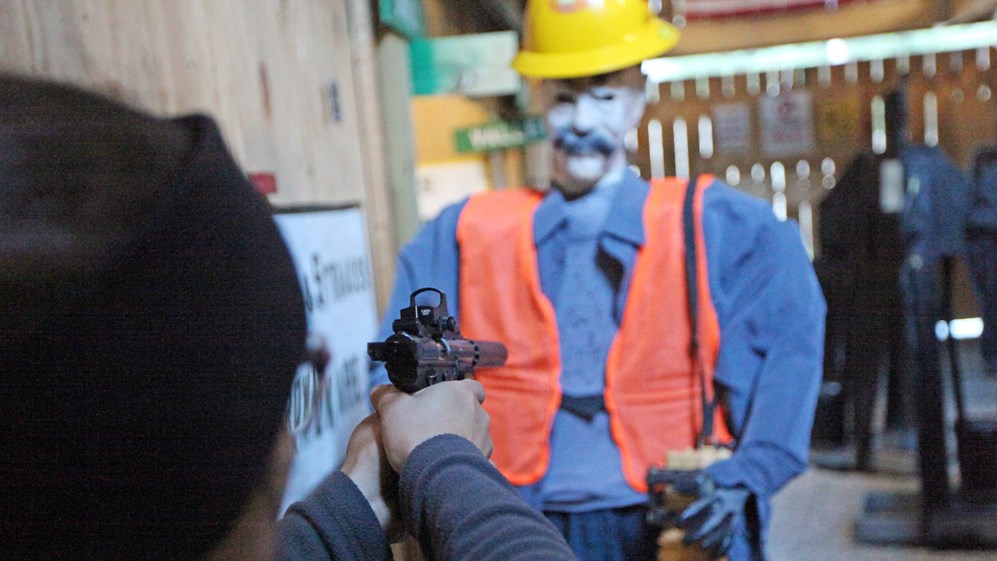 “Most schools teach the primary objective is to shoot the target. We teach the primary objective is not to be shot by the target,” the website states. They welcome anyone of any experience level–from seasoned firearm instructors to individuals who have never shot a firearm before. The focus is to teach a participant how to process threats in a real-world environment over the span of a seven-hour course on their 360-degree ranges. A.T.A.C. provides all of the firearms and ammunition for their courses, a “come as you are” invitation to guests who may not even own a firearm. 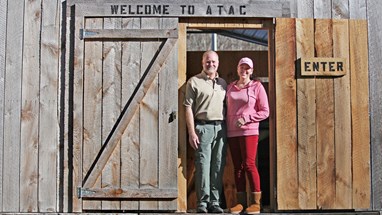 The “Appalachian” in A.T.A.C. comes from the range’s setting on an old tobacco farm nestled in the rural Tennessee mountains. The “Tactical” comes from the decades of experience of the founding couple, Travis and Ashley Worlock. Travis served in the Green Berets and Ashley in Army Psychological Operations. As they retired from their military careers, they had a vision for a different type of civilian defensive firearm training. The curriculum was inspired by the training that they were involved in developing for U.S. Army Special Operations Command’s Cultural Support Team program. Selected female soldiers were taught tactical and defensive skills in order to pair them with Special Forces units in Afghanistan. They were then tasked with serving as liaisons between these units and the local Afghan women and children by offering medical aid while gathering information. Their firearm skills were intended to make them an asset, and not a liability, to their team.

A.T.A.C. offers three basic types of courses: “Home Defense” (training inside a residence), “Vehicle Defense” (training in and around vehicles), and “Public Defense” (combining public buildings and vehicles in streets). The courses are taken in order, with each course building upon the previous one. After completing these three courses they offer “Practical Exercises” where a participant can request specific scenarios on any of their ranges, or a “Transitional” course combining pistols and rifles. 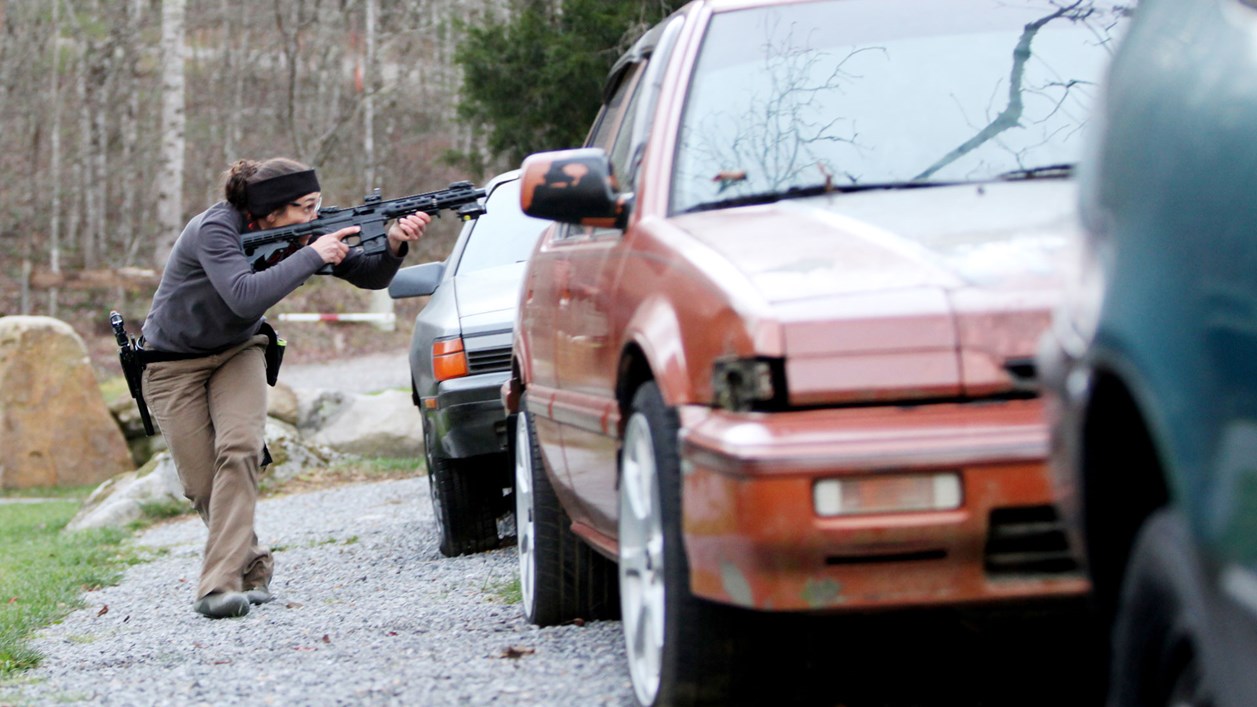 The A.T.A.C. ranges are unlike what many shooters are used to. Starting in 2017, the Worlocks, with the help of fellow range instructor and master carpenter David Taylor, began building their facility. It opened to students this year. The unassuming exterior corrugated metal walls of the “Ant Farm” hide the inner workings of an elaborately engineered range set-up. Wooden interior walls move vertically and horizontally to create multiple scenarios for participants to navigate.

It’s important to understand the reasoning behind A.T.A.C.’s training philosophy. These 360-degree ranges are designed to replicate real-life as much as is safely possible. By introducing a technique for room entry, participants get to practice how to best negotiate through a series of rooms and doors, not knowing if an armed assailant waits on the other side. The 3-D, life-like targets condition participants to deal with something that could be a threat in real life and overcome “psychological virginity” to new situations. The training is designed to get participants to think quickly and develop the instinct to move to cover instead of freezing or squaring up “marksman-style” to address a threat.

Ever shot through a windshield? A.T.A.C. lets you try it out so that you can discover it’s not as scary as it might sound. Their vehicle courses teach you how to move and shoot in and around cars, trucks, buses, etc., to defend yourself and others. The rows of inoperable cars are lined up to create “A.T.A.C. Alley,” illustrating several different parking lot and street set-ups. 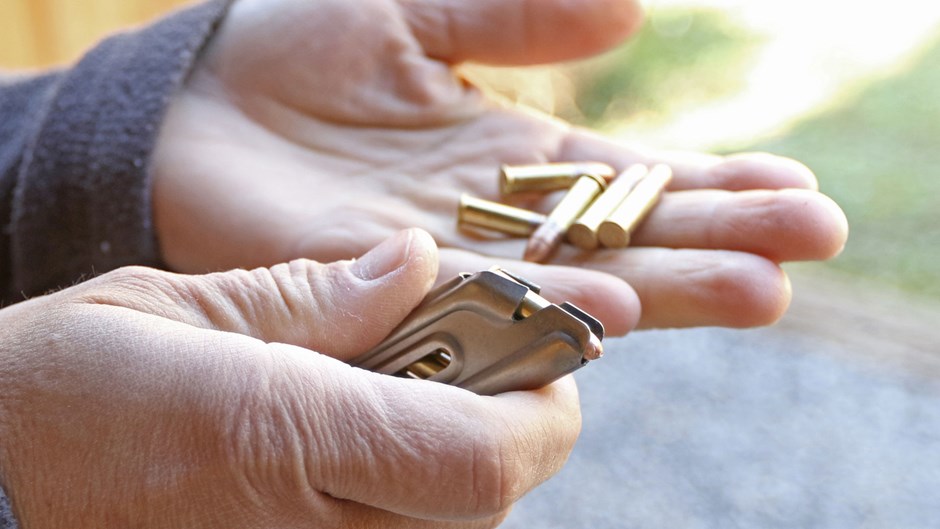 The Worlocks are firm believers in using a .22 rimfire platform for training, and they raise the ante by equipping the rimfires with suppressors. A participant can choose whether to take the course with a handgun (Ruger Mark IV 22/45) or rifle (Smith & Wesson M&P 15-22). The suppressed .22s allow participants to shoot hundreds of rounds all day long without developing recoil fatigue. Each firearm also uses a micro red dot optic for quickly acquiring the target and a rail-mounted flashlight/laser for low-light scenarios.All firearms, periphery equipment and ammunition is provided..

All A.T.A.C. courses start off with basic “Flat Range” drills–sighting-in and firearm familiarization on 2-D targets. Instructors work individually with students to build the skills necessary for the “objective is to not be shot by the target” part of the training. This also allows the instructors to see each participant’s level of ability and tailor the training to each individually.

A max of four students per course provides a 2:1 ratio of students to instructors. Once training moves off of the flat range, instruction becomes one-on-one, as an instructor moves with a participant as they negotiate the 360-degree ranges, offering feedback and praise as their situational awareness improves. 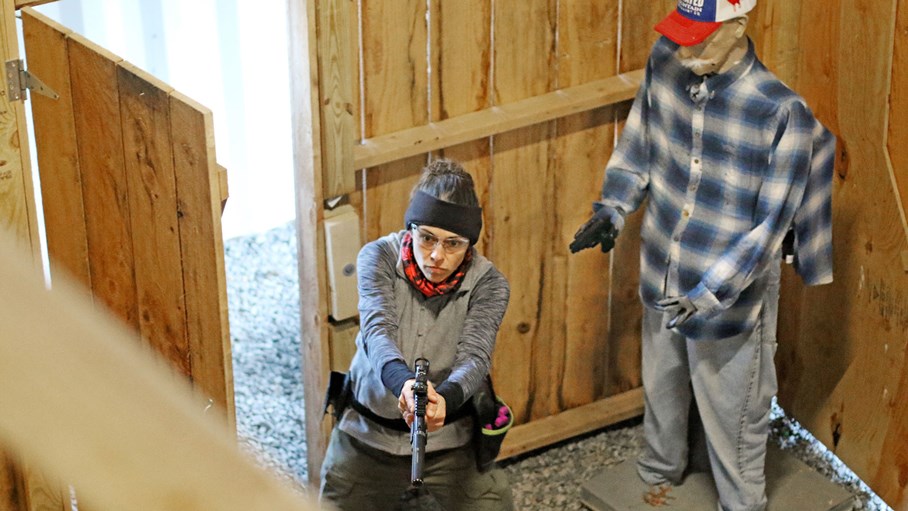 What’s the key to not being shot? Moving. A.T.A.C. instructors demonstrate how moving while shooting prevents you from being in a one-on-one fight with an armed assailant, which is really all that most range training with 2-D paper targets conditions you for. Travis explains that engaging a threat as you would a range target–squared up, stationary, feet planted firmly–is something that should be left for military and law enforcement who have body armor, plenty of ammo, a medical team on standby…and are being paid to do it. Civilians don’t operate in those conditions, so the best defense is to keep moving while shooting back.

Despite their military backgrounds, the Worlocks do not teach like two drill sergeants. They believe in using positive reinforcement and a calm demeanor to help participants build confidence throughout the day. “There’s no yelling at anybody here,” Ashley affirmed. She hopes that women will come away from the training with a different mindset of how to defend themselves, and those who might be with them, should they be forced to deal with an armed confrontation.

Testimonials on the A.T.A.C. Facebook page attest to the appreciation for this type of training. Several women admit they were scared they wouldn’t physically or emotionally be able to handle shooting a firearm. After completing one of the courses, many said they discovered they had the confidence to operate a pistol by themselves–load it, reload it, make it safe, and quickly deal with threats in a home or public environment. 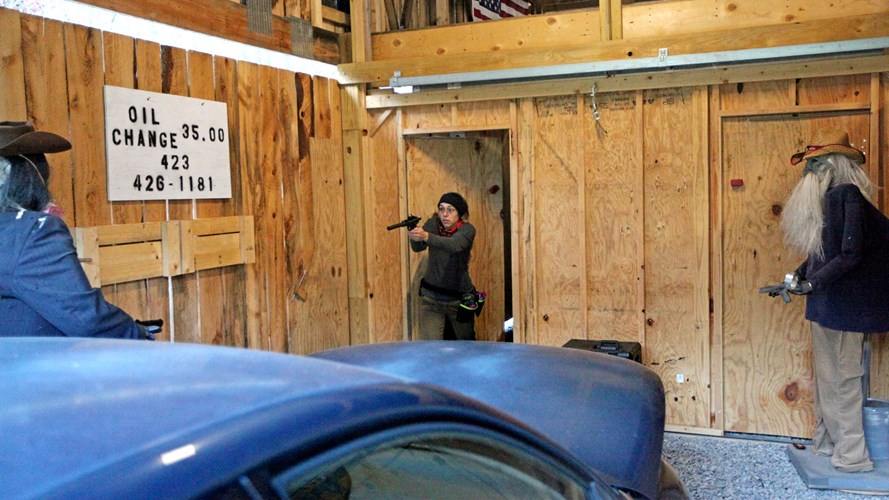 The best part of each course is being forced to deal with the unknown. In the building courses, after running through dry-fire drills, you enter into the “Shoot House” with an instructor. In here all of your senses are alerted and your brain begins to decide how to deal with the scene that unfolds based on the day’s training that you have just undergone. Armed with a .22 pistol or rifle, you quickly make judgement calls in a home setting or public environment, and determine what is a threat. Travis admits it can be tough for some participants, but they all come out with a smile at the conclusion of the course.

Given the snowy Appalachian winters, the A.T.A.C. complex is only open seasonally, spring through fall. You can currently register for courses starting up again in May 2021, or even give the gift of training to friends and family. Shady Valley is a hub for outdoor activities from hiking, biking, motorcycling and camping, providing numerous vacation house rentals nearby that make for a very convenient stay for groups and families seeking training at this Tennessee facility. TacticalCourse.com

NRA Women | Coming to Grips with Your Grips

END_OF_DOCUMENT_TOKEN_TO_BE_REPLACED

News, thank the women of the NRA, Refuse To Be A Victim
END_OF_DOCUMENT_TOKEN_TO_BE_REPLACED