3 Everyday Trailblazers Who Changed Life as an Outdoors Woman

3 Everyday Trailblazers Who Changed Life as an Outdoors Woman

These ordinary women’s extraordinary lives changed the outdoor space for us all … and they’re not done.

It’s hard to believe how much has changed in our lifetimes, but in just a few decades the outdoor space has made huge changes. This hasn’t happened because of the actions of a few headline makers, but because of the thousands of “ordinary” women who simply chose to blaze their own trails regardless of what anyone thought. Here are the fascinating stories of three everyday outdoors women who did just that.

Tes Jolly—aka “Harvey”
Some people are born to hunt, others develop the interest at a later age, and some never do. According to Tes Jolly, “It’s in my DNA.” Tes says she is incredibly grateful to her parents for introducing her to the sport and feels blessed to have been born into a hunting family. She was born in Wichita, Kansas, where her family worked on the farm and then moved to Florida when she was six. In 1960s Florida, Tes’ father joined a hunt club but soon realized that, with the exception of holidays, girls and women were not allowed on the property. “My dad just believed that girls or boys deserve to learn about the outdoors and enjoy the outdoors, learn to hunt, learn to shoot if they showed an interest in it,” she says. 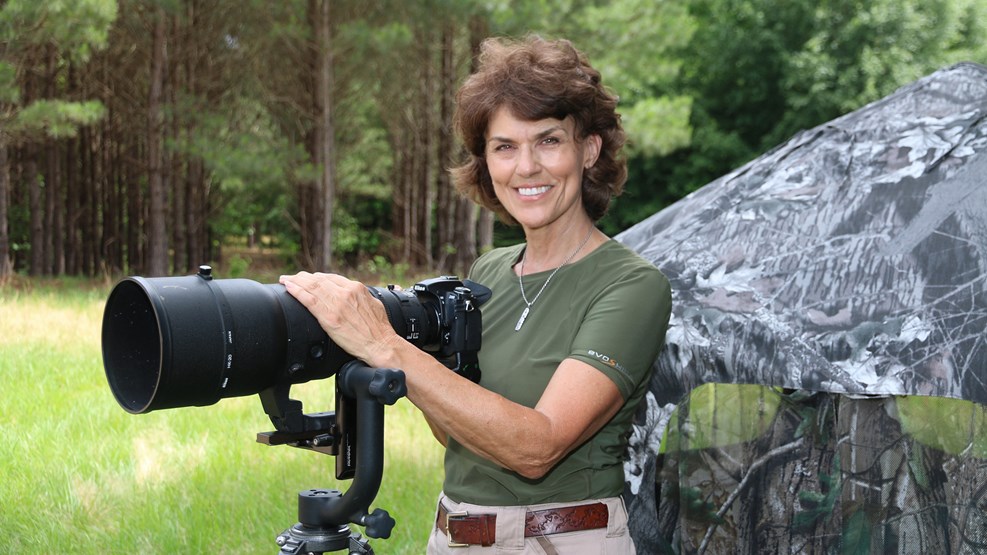 Tes was upset that she could not join her brothers and dad on a hunt, so her parents hatched a plan. “Mom got an old floppy leather hat … and we had an Army Navy Surplus store in town and [Dad] dressed me in some old army fatigues, and put that hat on me,” she says. From that day on, Tes masqueraded as "Harvey" when she would visit the club. “I played the role of Ned Randall’s quiet, shy son who didn’t talk to anybody,” until they arrived at their hunt spot, at which point she acted as her dad’s ears.  “My dad fought in World War II all over Europe, and had damaged hearing," Tes explains. “I was his sidekick. We hunted wild hogs basically with dogs in Florida.” Tes’ ruse went undiscovered for three years, until at the age of 12, a hunt club member caught her taking a nature break. Tes admits that “Harvey” had also began “smiling pretty big” at some of the boys. A club meeting was held, and in a groundbreaking decision, the rule banning women and girls was abolished. The club decided that if girls, daughters and wives wanted to hunt, they could. Apparently all of the men had just assumed they had no interest in hunting—no one ever thought about taking them … except Ned Randall. The next year, three other daughters joined the hunt with their fathers. 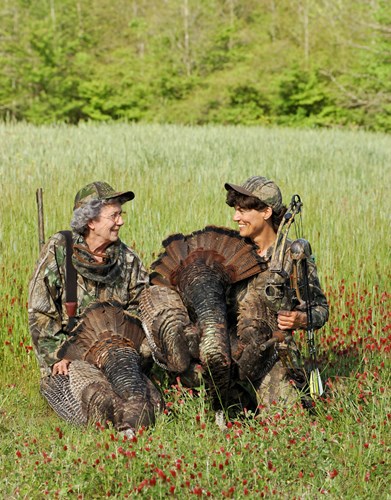 However, Tes was not done breaking barriers. She spent years in the family business, raising and training racing greyhounds, before becoming the sole female turkey guide at the White Oak Plantation in Alabama. “I got involved with the Becoming an Outdoors Woman program when my son went to college. I was single, and it was a new program back in 1995,” she recalls. “I was so excited about being able to help with that, and I taught beginner archery for 23 years.” Around the same time, Tes married the love of her life, Ron Jolly, and then pursued her dream of being an outdoor photographer, with a focus on wild turkeys. Tes has continued to mentor women in the outdoors and to educate others about conservation. With so many women’s programs available, Tes says there are endless opportunities for young women and girls to learn to hunt—it is just a matter of looking for a program in the first place. This is a monumental change from the world in which Tes grew up, and through her photography and land management, she continues to pass on the hunting tradition and preserve the natural world for the next generation. 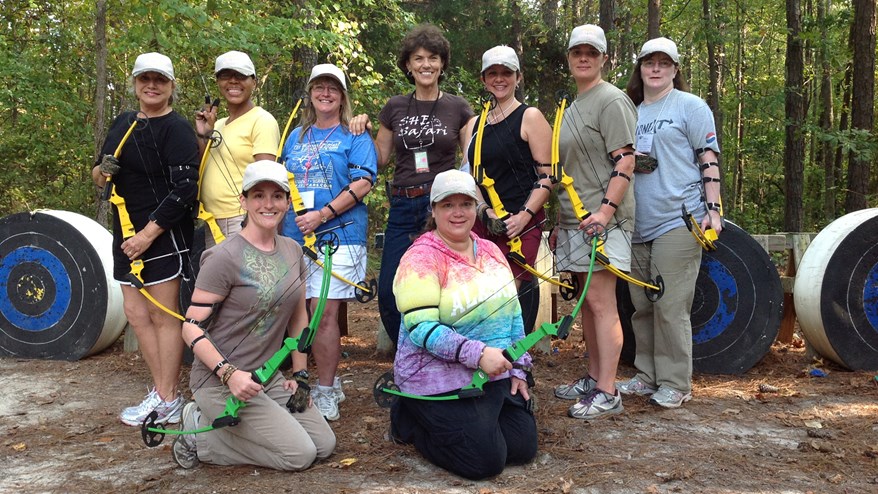 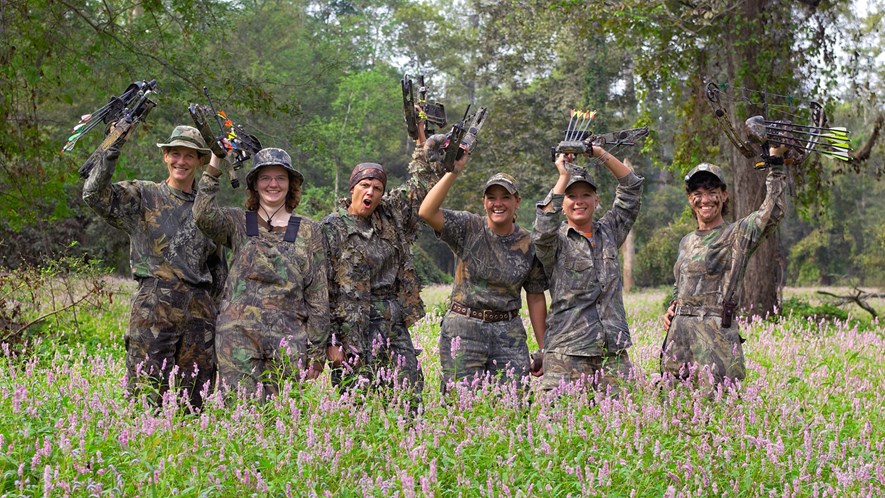 Jen Ripple
Jen Ripple, now of Dover, Tennessee, did not grow up fly fishing, but took a fly tying class in 2009 as a way to occupy her time during a cold winter while living in Ann Arbor, Michigan. By spring of 2010 she was making daily trips after work to the Huron River, and a casual interest quickly turned into an obsession. 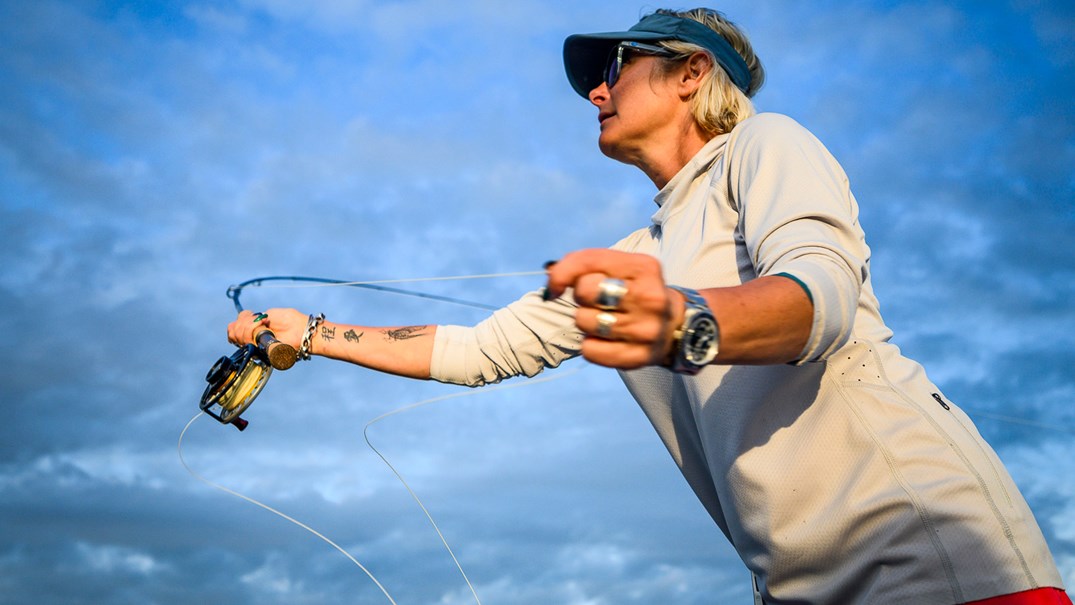 Jen says that the reasons she fishes are innumerable, though it first served to relieve stress after a day at work. “It transformed my life in such a way that I soon found I couldn’t live without it,” she says, and that fly fishing was all she thought about—and  still is—day in and day out. “I would come off the water for the day thinking about what I would try different the next day. I would be at work looking out the window at the river waiting for the day to pass so I could get back out there,” she says. “When it was raining, I decided what rain gear to purchase. When it was sunny, I was finding the most ecofriendly and fish friendly sunscreen. My love of fly fishing seemed to seep into my veins with every cast on the river.” 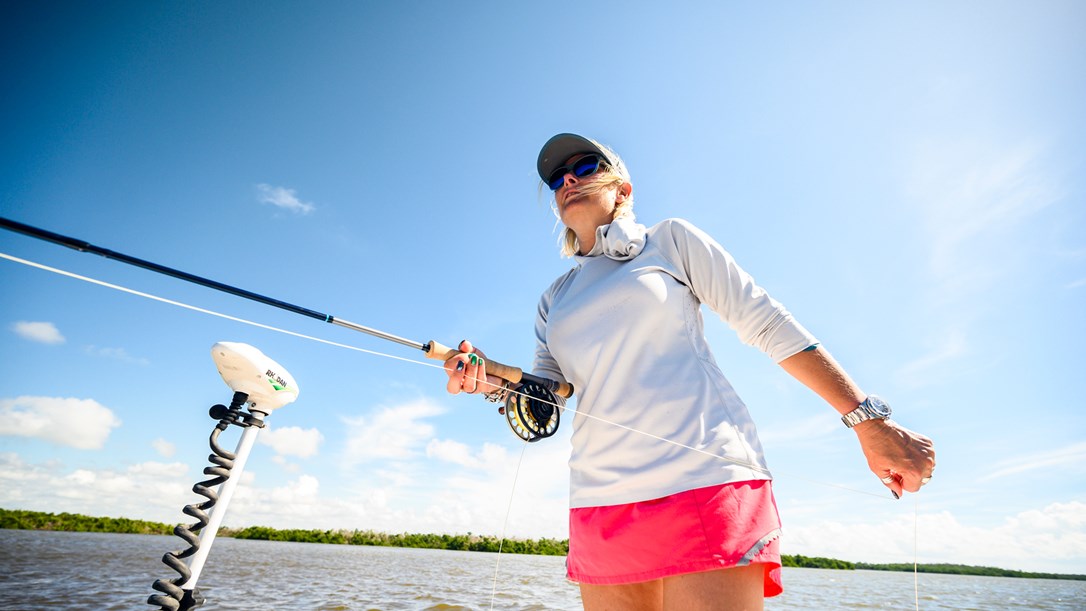 After finding her true passion, Jen could no longer resist the call of the water. She quit her traditional job to start Dun Magazine, the first and only women’s fly fishing magazine, authored almost entirely by women. Through hard work, connections, some faith and a lot of time on the water, Jen has also become a professional angler, educator and passionate conservationist. “The biggest challenge I found early on was the lack of other women in the sport to fish with. I love my fellow male anglers, but not seeing or knowing of another woman in the area I lived in that liked to fish was a bit challenging,” acknowledging that huge progress has been made over the last decade, with manufacturers now offering gear specially designed for women, female-only classes and the outdoor industry’s collective realization that fishing is for everyone. Jen says her time in the outdoors has transformed her life, and she encourages everyone to give fishing a try. With a main goal of inclusivity, Jen encourages all fishing enthusiasts to protect public lands that allow fishing to be open for all. “And the best part,” Jen says, “is the fish have absolutely no bias, so regardless of who you are you can get skunked on the water and still have a great day.”

Kathy Harding
Firearms have always been a part of Kathy’s life. “I don’t remember a time when I didn’t know there was a gun in our home,” she says. “Nor do I remember a time when I didn’t respect them.” Kathy started shooting at the age of five with BB and pellet guns. As she grew older, she moved on to rifles, shotguns and pistols. She says the reason she began shooting is simple—it’s fun! During high school and while attending what was then West Texas University, Kathy joined competitive smallbore rifle shooting teams. Each shot and discipline offered a new individual challenge encased in a vibrant and welcoming community which Kathy quickly came to love. 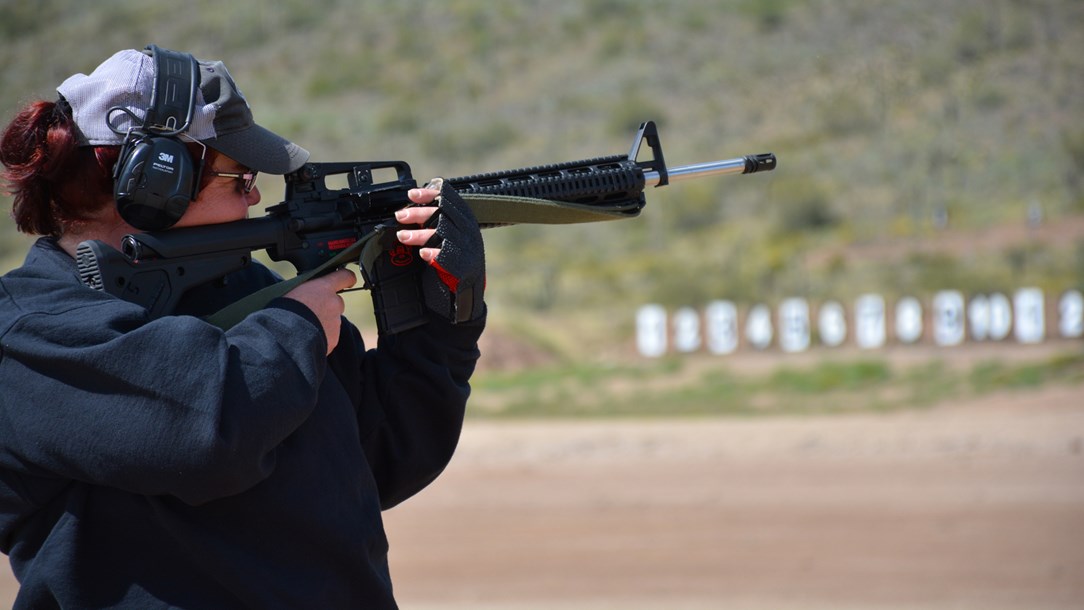 Kathy’s time behind the line started when her mother noticed an ad calling for volunteers to be range officers at the National Matches. “She signed my dad and brother up to volunteer for the 1989 matches and took me (rolls eyes) shopping.” Curious, Kathy accompanied her dad the next day, though she did not expect the 4 a.m. wakeup call. “Daddy got me settled on a mound of dirt with a crank operated field phone and put me to work,” she says. “Over the years, I became the first female and youngest ACRO (Assistant Chief Range Officer) and the youngest CRO (Chief Range Officer).” 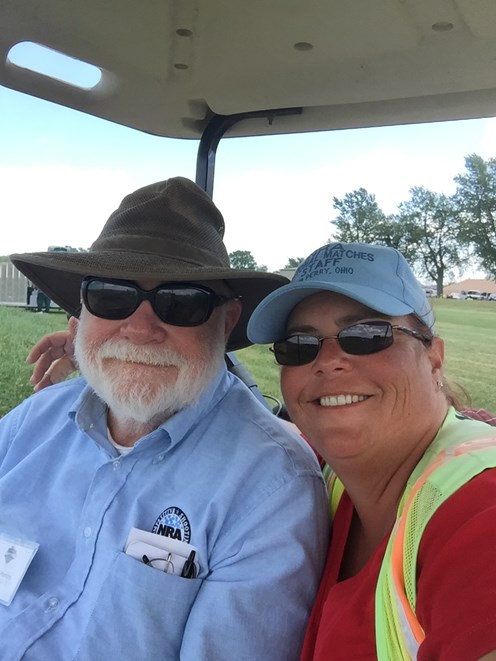 Unfortunately, life sometimes gets in the way. Unforeseen circumstances kept Kathy from competing for 20 years and when she decided to jump back in, she chose Service Rifle as her discipline. “The most difficult interpersonal challenge I’ve faced was one of acceptance from other competitors as I’ve begun to compete again,” she says. “I’ve worked as a range officer for so many years that it has been an issue for some folks to accept that I’m not a high master shooter straight out of the box. They’ve just gotten used to me working the line rather than being on it.

However, Kathy says she has also made a number of friends from all over the world in connection with shooting. “Acceptance of women in the shooting world has made significant strides throughout my time in the sport,” she says, although she acknowledges there are, of course, still people out there (in and out of the competitive shooting world) that believe women shouldn’t shoot and certainly shouldn’t compete. “They are far outnumbered and outclassed by the rest of the competitive shooting community. The world and people’s beliefs change slowly, but they do change.”

Kathy says she is intent on encouraging everyone to overcome their fears and try something new—or try something again. There will always be some forces working against you, but you’ll find that even more people are working to help you improve and succeed.

In this article
Women and the Outdoors, Outdoors Women, Women who Hunt, Women Who Shoot

END_OF_DOCUMENT_TOKEN_TO_BE_REPLACED

News, thank the women of the NRA, Refuse To Be A Victim
END_OF_DOCUMENT_TOKEN_TO_BE_REPLACED