Barbara Rumpel: Standing Up for the Second Amendment

Barbara Rumpel: Standing Up for the Second Amendment

From learning to shoot as an adult to becoming an NRA Board member, Barbara found her home in the firearms community.

Barbara Rumpel is an NRA Board member, NRA Women’s Leadership Forum (WLF) Executive Committee member and Trustee of the NRA Foundation and NRA Whittington Center. She also recently generously sponsored two women (including myself) to attend the Ambassador Academy (AA), where attendees were taught how to better advocate for the Second Amendment. Barbara, a former AA attendee, has taken her advocacy to new heights with her recent election to the NRA Board of Directors. I recently had the opportunity to ask her about her passion for firearms and Second Amendment advocacy.

NRAW: Were you raised around firearms or did your passion for the Second Amendment come later as an adult?

Barbara recounted how amazed she was as a young student by the checks and balances of the three branches of government, the Bill of Rights and particularly, “the rights that we were born with, that God gave us, not given to us by government.” Her deep appreciation for the Constitution stayed with her until she met her husband many years later, and shot her first gun. “It was a tiny, little Sterling .22 with no sights. They put a paper plate up on the tree. I fired my first shot, hit the dead center of the paper plate and I was hooked. That became my gun.”

NRAW: What would you consider the defining event that led you to where you are today?

After getting concealed carry permits in New York and Florida, Barbara recalled the moment that sparked her Second Amendment advocacy: the 2003 NRA Annual Meetings & Exhibits in Orlando, Florida.

“That was the year that Charlton Heston retired,” Barbara said. “I remember sitting in that ballroom, surrounded by all these big, brave guys with tears running down their faces. He stood up and raised up the Kentucky long rifle and said, ‘From my cold, dead hands.’ That was the year I became an NRA Life member.”

Barbara says she also clearly remembers reading an NRA magazine in 2010 that advertised the Women’s Wilderness Escape (WWE) at the NRA Whittington Center. She said to herself, “Oh, gee, that sounds like fun.” And while there, she realized the huge effect women’s advocacy has on the NRA’s success.

NRAW: You are a recently elected NRA Board member—one of only about 15 women on the Board. Why were you compelled to run for a position?

BR: This is the time when we need people to stand up for the NRA and everything that we believe in. I really do think that the NRA is the only organization that can save our Constitution, save the Second Amendment. We are the only one strong enough. And we need women fighting for our rights.

NRAW: What do you hope to accomplish in your position specifically for women?

Barbara says her No. 1 goal is to get more women involved in the NRA. From reading articles on NRA Women, becoming NRA members, participating in Women on Target and Refuse to Be a Victim clinics and joining the Women's Leadership Forum. There are so many programs that need women advocates involved.

NRAW: Why is it important for all women who believe in the Second Amendment to join the NRA?​

BR: Gun rights truly are women's rights. Being able to protect yourself and your family is one of our paramount rights and responsibilities. 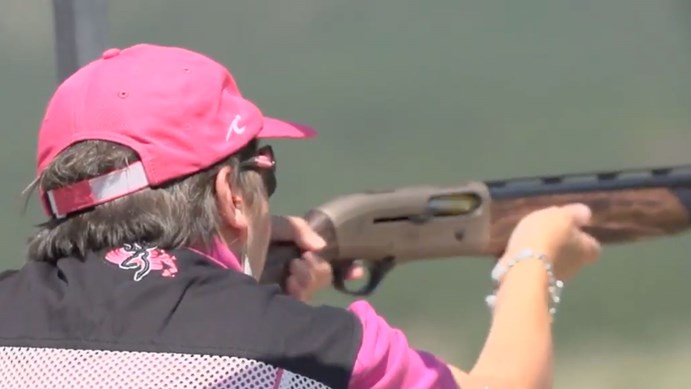 NRAW: Your love of adventure and trying new things is well known among your peers. What is your favorite activity or adventure that you were hesitant to attempt but ended up enjoying?

BR: Well, I didn't start hunting until I was 65. I thought that was a good time to do that! You're never too old to start!

NRAW: What kind of hunt did you go on?

BR: Quail hunt! Which was the first time I'd done that. That was fun. And then, I went out to Colorado on a women's hunt at Bear Mountain Ranch, which was Anne Draper's ranch at the time. We all scored an elk. I got a great cow. And then the next year, my girlfriend and I had to bring our husbands back there. And that's the year that I got a really great trophy. A bull, 6x6.

That was special. Just a couple of years ago, after the WLF's summit in San Antonio, I went outside of Amarillo and got a great pronghorn at over 300 yards.

It's a sense of accomplishment that I’m stretching and growing and doing things I haven't done before. You know, I'm never going to be a Diana. But I enjoy doing it when I do it. And one of the biggest things I enjoy is just being around other women.

The camaraderie and the support of other women, I think, is really huge, and it's something that I did not experience in other women's groups. There is something about shooters and hunters: We all support each other and back each other up, and that's a big deal.

NRAW: That's awesome to hear, because I'm actually going on my first hunt with Hunt Like A Girl, Shoot Like A Girl's new hunter opportunity. I get to cover it and participate in a turkey hunt. It's an all women group, and I'm so looking forward to it.

BR: You get to have all the fun!

NRAW: I know, right? I love my job. So, what accomplishment are you most proud of, 2A related or otherwise?

BR: Getting elected to the NRA Board of Directors. It’s kind of the culmination of everything I've done with women in the NRA for well over 10 years.

NRAW: Do you have any advice that you would give to new women hunters or shooters?

BR: Just do it. I'll talk to anybody about shooting, because so many women are afraid to talk about it. But, once I do, they open up and are very conscious of the need to protect themselves. And so they're just buying a gun. And my advice is, always get training and never stop training. Never stop training, because it's just so important. The gun doesn't do you a bit of good unless you know how to use it and use it safely. Know your responsibilities. 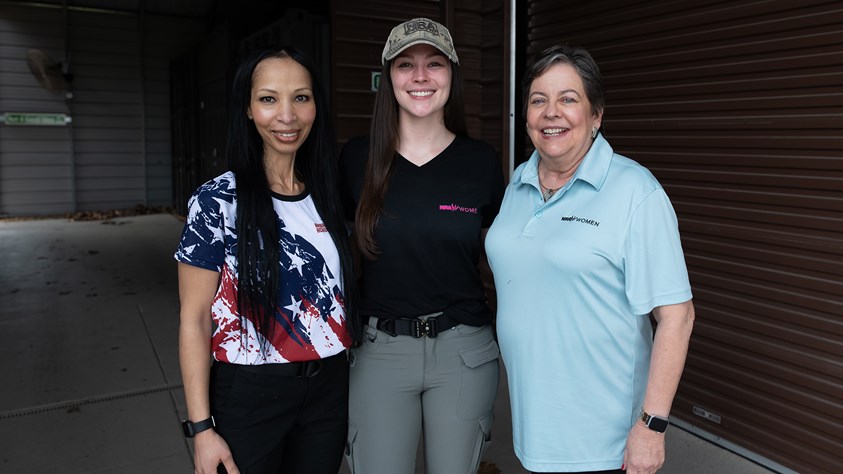 NRAW: Why did you feel so inclined to generously sponsor two women at the most recent Ambassador Academy?

BR: I went to the first one and got a lot out of it. I think it's a very important program. Diana [Muller] has expanded it to include so much. And I think it's eye opening for a lot of people.

NRAW: Is there anything else that you'd like to share with our audience? I know you’ve been doing a lot of traveling, were you on any recent women-focused trips?

BR: Well, one of the things that I just did was I traveled out to Texas, about an hour out of Austin, to a fabulous ranch. And she hosted a kickoff luncheon for the NRA Women's Leadership Forum Luncheon & Auction coming up during the 150th NRA Annual Meetings & Exhibits in Houston on Sept. 3. So that is, you know, our big annual event, where we raise funds essential to strengthening the NRA's fight to protect our freedom.

NRAW: Can you describe for our readers what Women’s Leadership Forum events are like?

BR: The two major events are the WLF Luncheon & Auction and the WLF Summit. I encourage all women to join us for this unforgettable gathering of like-minded women as we celebrate the sisterhood we share, hear from impactful speakers, and participate in live and silent auctions. The auctions will have all kinds of options, of course guns, hunts but also other fun stuff, like jewelry and furs. We've had great speakers—Sean Hannity, Tom Selleck and Tucker Carlson, for example. … I’ve been known to spend a lot of money at our auction, and I always donate some nice stuff.

NRA Women | Barbara Rumpel: Standing Up for the Second Amendment

NRA Women | Barbara Rumpel: Standing Up for the Second Amendment

NRA Women | Staying on Track: How to Read Trail Markers

NRA Women | Save the 2A: Go Grandmacore!

END_OF_DOCUMENT_TOKEN_TO_BE_REPLACED

News, thank the women of the NRA, Refuse To Be A Victim
END_OF_DOCUMENT_TOKEN_TO_BE_REPLACED