Pick a Position: 3 Handgun Shooting Stances You Should Know

Pick a Position: 3 Handgun Shooting Stances You Should Know

Before you can argue which is the best shooting stance, you need to know what they are are. Learn them here.

Assuming you’re not brand-new to the internet, you probably know that one of its primary uses is to foster arguments about random things that pit assorted fanbases against each other. In the gun world, there are a few common arguments you’ll come across (looking at you, 9 mm vs .45), and one of the biggies is the argument about how you should stand when you shoot a handgun.

Newflash: No one is “right” in this argument, although if you look hard enough, you’ll find some people who are flat-out wrong. The bottom line is there are a number of accepted stances, and they all work well in different situations. We’ll take a look at the three most popular—but first, some not-to-dos regarding stance and grip:

Now, onto the three stances. 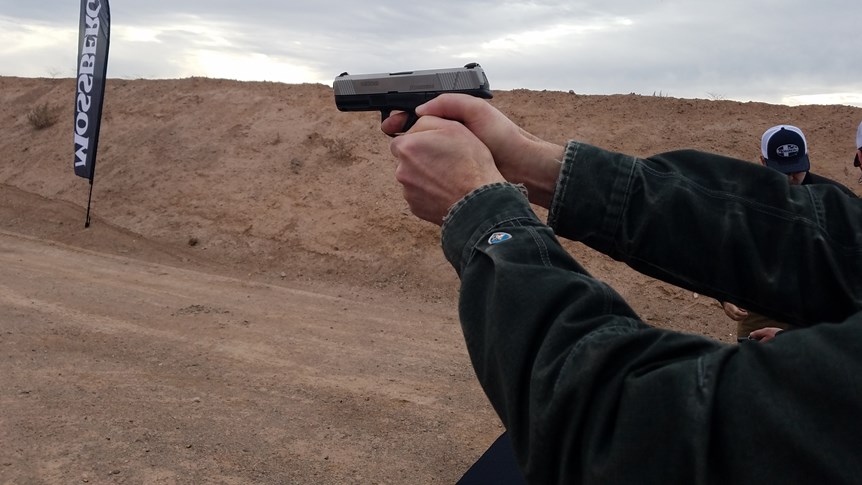 Weaver
Considered old-school by many, Weaver is a bladed, bent-arm stance invented in the 1950s. Here’s how you get into it:

Weaver is a very stable stance, which makes it ideal for any kind of defensive situation. Because the weight is on the front leg, you are not easily knocked off-balance by an opponent or by recoil. The bladed posture and bent arm also make it easy to pivot and address targets that appear to your strong side. However, if you need to move, it can be difficult to do so easily and still maintain the bladed posture and weight-forward balance of Weaver, and it can also be difficult to pivot your body and shoot at a target on your weak side without moving your feet. 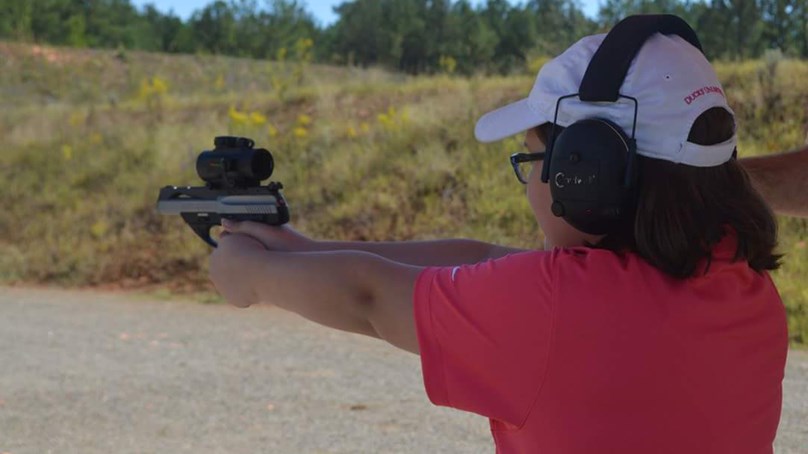 Isosceles
The first time my daughter shot a handgun (at age 8), we taught her about proper grip, but we didn’t tell her anything about how to stand. She naturally adopted an Isosceles stance, because it feels intuitive to first-time shooters—one of its advantages. Here’s how you get into Isosceles: 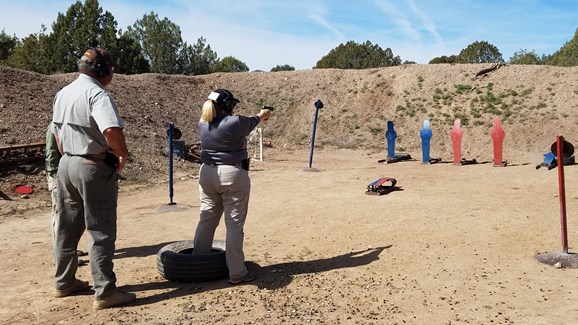 Isosceles provides equal peripheral vision on both sides because you’re square to the target. It’s quick to get into, and it provides a good, even base to manage recoil. You can move your entire body in any direction pretty easily. The downside of Isosceles is that your body itself is not extremely stable. Because your weight is evenly distributed and your feet are both directly below you, you can be knocked off-balance in a defensive situation. In a self-defense scenario, with your entire torso square to the threat, you present a larger target to anyone shooting back at you. 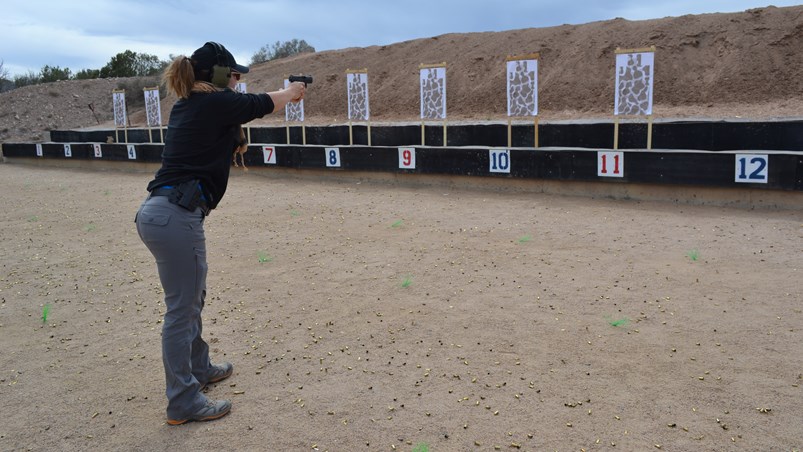 Fighting Stance
This stance goes by a number of names, including “Power Isosceles,” “Modified Weaver” and “Modified Isosceles,” although those two names also have other definitions. You might also see a Fighting Stance described differently than what you see here. But whatever you call it, this stance combines Weaver and Isosceles to take advantage of the best parts of both. Here’s how you get into it:

This stance is fast to get into and gives you the great body balance Weaver offers while maintaining the recoil management of Isosceles’ straight arms. It’s also pretty easy to move around and pivot as needed.

Others
You might also read about Chapman, which is essentially a less aggressive form of Weaver, and you can consider this if Weaver feels a bit stiff to you. More advanced or specialized stances include Center Axis Relock, which is the close-quarters-only, gun-close-to-the-face stance Keanu Reeves uses in John Wick, and a few one-handed stances like Power Point and Strong Hand Retention Stance, which you’d only want to use in an emergency situation where both hands are not available or when you need to shoot so quickly out of a holster that you don’t have time to adopt a two-handed stance.

In this article
pistol shooting, handgun stance, how to fire a gun, Jo Deering

END_OF_DOCUMENT_TOKEN_TO_BE_REPLACED

News, thank the women of the NRA, Refuse To Be A Victim
END_OF_DOCUMENT_TOKEN_TO_BE_REPLACED