In Case You Missed It: Training With Ginny Thrasher, Getting Comfy With CCW, Outdoor Skills to Learn (Instead of Watching the News)…

First in our lineup this week, Newsmax’s Grant Stinchfield recently spoke with Arkansas Attorney General Leslie Rutledge. AG Rutledge spoke eloquently about those who support the NRA in its legal fight with the New York Attorney General. She observes that 16 state attorneys general proudly stand with the NRA. Watch the interview here.

Meet Barbara Rumpel, Women's Leadership Forum Executive Committee Member and adventuress! From moving to New York City without knowing anyone other than her boss, to partaking in arial hog management, this avid supporter of the

NRA's Whittington Center is always ready to try something new. She’s armed and she’s fabulous…just like you.

As a career firearms instructor and gun writer, contributor Frank Melloni has shared the firing line with hundreds of thousands of shooters, both new and experienced. Throughout the years he’s compiled five rookie mistakes that even some experienced shooters make. Here’s what NOT to do.

If you need a break from breaking headlines, try picking up a new wilderness skill. Stop scowling while scrolling and prepare for your next adventure, while enjoying the calming effects of accomplishing a new skill. 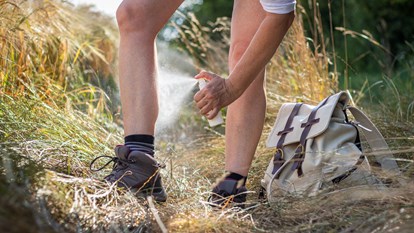 Instead of pacing and moaning, you could be practicing and learning! Here are some outdoor skills to learn instead of watching the news.

You just got your concealed carry permit—congratulations! It’s normal for new carriers to be a little uncomfortable, mentally as well as physically, with the idea of carrying a gun all day. This feeling fades with time and experience, but there are a few things you can do to shorten the learning curve and get more comfortable with your concealed-carry gun…

Do you remember this time last year? Before COVID-19 became a global pandemic? More than 1.1 million NICS checks associated with a potential transfer that month was a sign that the gun-owning community was growing. There were more than 2.7 million checks in January 2020 and that was a record. At that time, no one knew what the rest of 2020 would hold…but we do now.

If you've ever taken a defensive driving course, 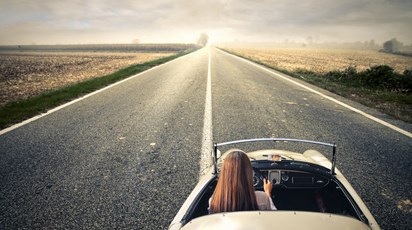 there are several driving behaviors that are enforced repeatedly. For example, you're trained to look in your side and rearview mirrors every few seconds, to see what is developing not just ahead of you, but behind you and to the sides. How can what you already know about driving prepare you for concealed carry? Here’s how. 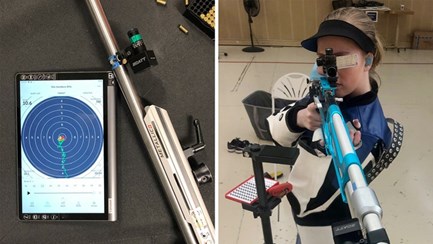 faces an especially agonizing wait as the current leader in the half-completed smallbore Olympic Trials. While the 2020-21 U.S. Olympic Air Rifle Team has been selected, the COVID-19 pandemic brought the Smallbore Olympic trials to a screeching halt. Thrasher’s still training, though…and you can train with her.

The last year has brought many questions for the armed self-defender: What techniques are available to protect myself and my family if surrounded or attacked by a mob? How do I keep a calm mind in difficult situations so I am able to think clearly? Should I interact with or ignore verbal aggression? Our friends at Shooting Illustrated have some answers.

END_OF_DOCUMENT_TOKEN_TO_BE_REPLACED

News, thank the women of the NRA, Refuse To Be A Victim
END_OF_DOCUMENT_TOKEN_TO_BE_REPLACED