Work smarter, not harder when trying to bring in the big bucks.

Rattling deer—mimicking the sounds of two fighting bucks with real or artificial antlers—is an effective way to bring bucks out of a thick area and right into your lap. One of my favorite locations to rattle is on the Powder River in Montana each year right before Thanksgiving. I’ve found that during the peak of the rut these bucks are very responsive to the sounds of antlers, and it works well for thick areas that can be difficult to hunt. 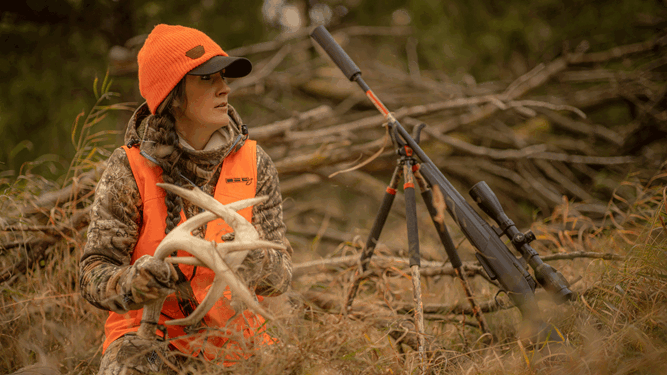 First, when heading out rattling I try to get close to their bedding and core areas. The key is to find a way to slip in without disturbing the area. As you’re sneaking in, if you happen to bump a deer, let it run off and stop moving. I usually like to do a few grunts and let them get out of sight.

Once you’re setup, patience is a virtue. Rattling takes time, and too many people will do a rattling sequence, wait a few minutes and move on. I always recommend waiting at least 15 minutes, as bucks will come from a long way off. Start with a few soft grunts just in case bucks are bedded in close to your setup. Sometimes, if nothing comes in, I’ll let out a snort wheeze then hit the antlers together. When doing this, make it real. Run around, cause a scene, hit branches and make it sound like a real fight in the woods if possible. Try to envision a real buck fight in your head, and make it last 20 to 30 seconds or so. Once you’re done rattling, get back on your gun, and get ready. 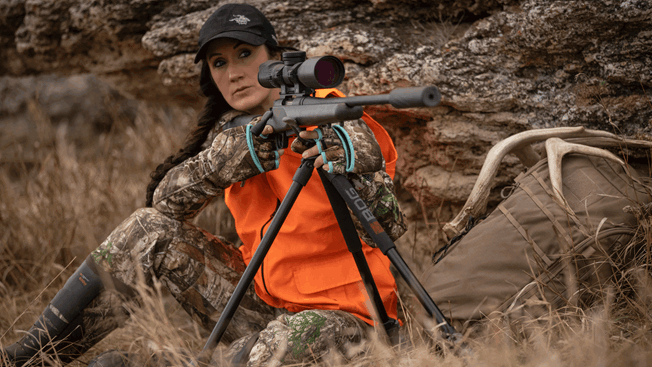 Many times after doing a rattling sequence, smaller bucks will come in first. If they come in, get your wind and blow out—don’t be alarmed. Instead, use them to your advantage, and hit the antlers together again as they run off. I’ve found that this will bring in the mature bucks that may be standing back in the shadows just watching. Now they see a young deer that appears to be running away from the fight, and it adds another element of realism.

One key thing to remember when rattling is bucks will be coming in looking for a fight. In Montana we are usually rifle hunting so we don’t pair this with a decoy for safety reasons. With this in mind, try to set up with some back cover and be ready and on your shooting sticks to minimize movement. If you hold completely still, these bucks will search around the area and keep coming closer, often times inside 50 yards. This makes for really fun hunting and provides great shot opportunities at a close distance.

END_OF_DOCUMENT_TOKEN_TO_BE_REPLACED

News, thank the women of the NRA, Refuse To Be A Victim
END_OF_DOCUMENT_TOKEN_TO_BE_REPLACED