We Love It: Ukoala Bag

We Love It: Ukoala Bag 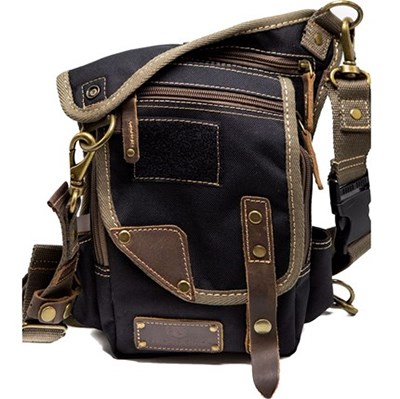 This column is called “We Love It,” but in the case of the Ukoala Bag, it should be renamed “Obsessed With It.” Now operating under the Urban Utility Bags (UUB Inc) brand, the Ukoala bag came to my attention about a year ago when the company was doing business simply as Ukoala Bag, Inc. In the short time since I took a bag home to sample, the company has sub-categorized its line to include UUBs and the Panda Bag, differentiated from the Ukoala by size and intended use. Equally popular among men, all are available in assorted color combinations. For the purposes of this blog, I will focus on the Ukoala bag (Yukon model shown).

I would have loved this bag simply on its visual merits alone—its appealing bohemian-esque aesthetics and practicality as an on-body satchel—but it's much more practical than any purse I have owned, featuring compartments for all the necessities, including a large pocket lined with hook-and-loop fabric to accommodate a holster and concealed-carry pistol. The company has partnered with Crossbreed Holsters for an optional model-specific Kydex holster (Glock 19 shown in this example). The bag, which renders the user hands-free for other activities like driving, shopping or using a phone, sits on the lower hip/upper thigh area, securing to the body in two places: around the waist and around the leg, making it a difficult target for would-be bag snatchers. (See a video of the bag in use here by NRAWomen.com contributor Holly Marcus.)

But the story of how the bag came to be is an added element to why I love it so much. Not only was the product designed as a solution to a problem, it becomes a more authentic American Dream story when one learns Ukoala bag creator Ma Yan, an engineer, is a Chinese immigrant woman who became a U.S. citizen in 2016.

The Ukoala bag was designed to intentionally appeal to modern hippie-inspired fashion, but the idea itself was born out of a need to secure Ma Yan’s belongings during an overseas flight on which she was seated near strangers. Wanting to nap with the assurance that her purse would not be rummaged through while asleep, Ma Yan removed her shoelaces and secured her bag to her leg. When she went on to name the first iteration of today’s bag, she borrowed from the Australian marsupial, which Ma Yan had once observed effortlessly bellied-up to a tree in order to remain secured.

The first Ukoala bags were not intended to secure a concealed-carry gun. However, during the early days Ma Yan was displaying her bags at festivals and shows in Georgia, where she now lives, potential customers inquired whether it would hold a firearm. “Take the bag to your car and try it,” she told them. They consistently returned with the good news that they indeed were the ideal size for their handguns. With that one turn of events, the Ukoala bag had exponentially expanded its potential.

“After the shows so many people came to talk to me about concealed carry,” said Ma Yan. “Since I personally had no knowledge about firearms, I decided to go to the local gun store to study the guns: What are the sizes? How do people use them? What is currently available on the market for concealed carry?” In other words, basic market research.

Afterward, Ma Yan says she built gun models out of foam board to adjust her bag size. The design went through 11 generations while she collected comments and suggestions to make adjustments. 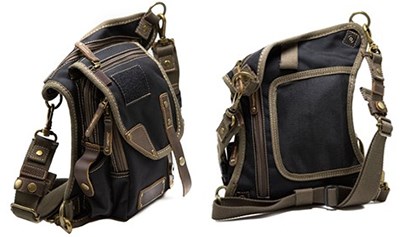 “I think the maturity of Ukoala Bag as a professional concealed-carry method is from market research, user habit study and user experience,” she says. The bag—even without the Crossbreed holster with which it is now supplied—is extraordinarily useful, limited to the user’s imagination and requirements.

Four years later, U.S. citizen Ma Yan is fully supportive of the Second Amendment. “It is a big part of freedom—freedom to protect and fight back, she says. “Not allowing [law-abiding] people to carry arms is somehow encouraging the criminal,” she says, though she reiterates the need for proper firearm training for those who chose to carry.

Ma Yan, who professes her pride in her U.S. citizenship, what she calls a “milestone,” says her “American Dream” is about “freedom and fearlessness; about leaving your comfort zone to face the unknown.”

It's a lesson for all women.

END_OF_DOCUMENT_TOKEN_TO_BE_REPLACED

How to Concealed Carry With a Belly Band Holster

Belly bands are great for on-body CCW with the right wardrobe.

Halloween at the Shooting Range

Plan a spooky shooting adventure for your friends and family.

END_OF_DOCUMENT_TOKEN_TO_BE_REPLACED

News, thank the women of the NRA, Refuse To Be A Victim
END_OF_DOCUMENT_TOKEN_TO_BE_REPLACED