What Gun Would a Goddess Carry?

What Gun Would a Goddess Carry?

If you’re a fan of history or literature, you know that much of what survives of ancient civilizations are the tales of their pantheons—the gods and goddesses that made up the belief systems of our long-gone ancestors. Chances are you also know that many of those legends are, well, pretty gnarly when viewed through a modern lens. Although the goddesses of myth were imbued with mystical powers, we have to imagine that 3,000 years ago any modern firearm would have seemed like magic. In that spirit, today we’re highlighting three goddesses of old with a new thought experiment: What would a goddess carry? 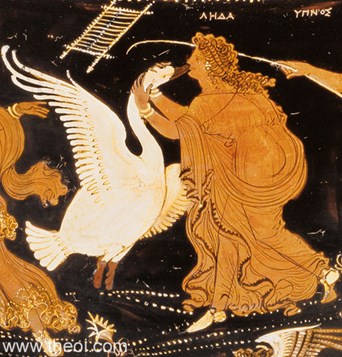 Hera was the long-suffering wife of Zeus, the primary god in the Greek pantheon. As the protector of women, marriage, family and childbirth, she had her work cut out for her with a husband like Zeus. You see, according to the myths, Zeus really, really liked mortal women. Furthermore, he didn’t care much if they liked him back. One of the most famous stories illustrating this is the tale of what Zeus did to the mortal woman Leda while he was disguised as a swan. (Yes, the subject of all of those paintings is far more disturbing than you may have known.)

Here’s the thing about swans: They’re gorgeous from a distance, but up close they’re basically velociraptors in wedding dresses. From their remarkable size and weight (35 pounds and 4 feet tall), to their astonishing aggression, to their armor-like feathers, swans are serious business even when they don’t have a god hiding in them. So what do we think an angry goddess on the hunt for swans might carry?

How about the Browning BPS pump-action 10-gauge shotgun? Although the 10-gauge has dwindled in popularity due to its massive recoil, we think Hera could handle it just fine…and Browning is the only company that still makes them. In fact, they have new models out for 2020 at an MSRP of $779. Browning.com 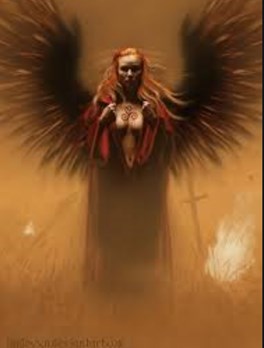 The Morrigan was a Celtic “tripartite” goddess of war who was immortalized in the epic legend Cu Cuchulainn. What we mean by tripartite was that the goddess was composed of three sisters (their names differ depending upon the account) … sort of a “buy one, get two free” deal. What never differs among the accounts is how the Morrigan is depicted: either as a crow, or as a beautiful woman attended by crows. With their oilslick-black plumage and remarkable intellect, corvids like the crow hold a strong symbolic meaning in every culture that lives together with them.

In fact, when Col. Jeff Cooper, founder of Gunsite, went in search of a logo for his world-class gun-handling academy, the symbol h 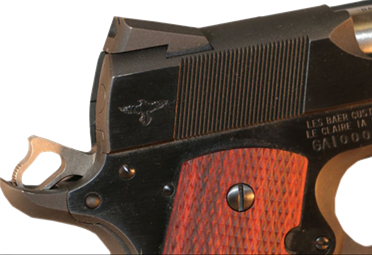 e landed upon was the raven. That stylized logo is now recognizable the world over as a mark of quality, so it’s no surprise that only the most reliable and accurate guns are allowed
to wear it. That’s why we’ve chosen the Les Baer Inc. 1911 Gunsite Pistol as the carry gun good enough for the Morrigan. With the Gunsite raven logo engraved on the slide and grips, this custom pistol was built for serious shooters who carry daily and demand nothing but the best. MSRP $2323, Gunsitestore.com

Artemis
Artemis was the Greek goddess of wild animals, wild plants and the hunt. A shooter herself, she’s often depicted with the ballistic weapon of her time—a bow and arrow. What’s more, she was more than ready to defend herself against any threat, human or otherwise…and she wasn’t a big fan of Peeping Toms. When she caught one watching her and her crew bathe, she transformed him into a stag and let his own hunting dogs teach him to keep his eyes to himself. 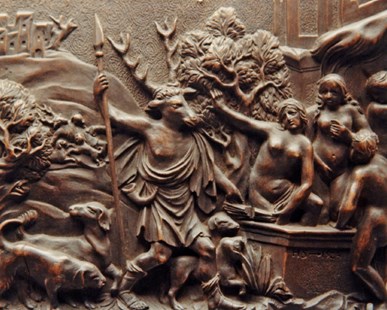 No doubt Artemis would rejoice to know that modern women keep the tradition of bowhunting alive. But if she were to own a firearm, we think she’d definitely want to check out the Remington 700 American Hunter. This bolt-action beauty, chambered in 6.5 Creedmoor, was designed by Remington engineers together with our friends and hunting experts at American Hunter magazine. Nimble, reliable and devastatingly accurate, we’d trust this rifle against any stag (or whitetail, or elk…you get the picture)! MSRP $1349, Remington.com 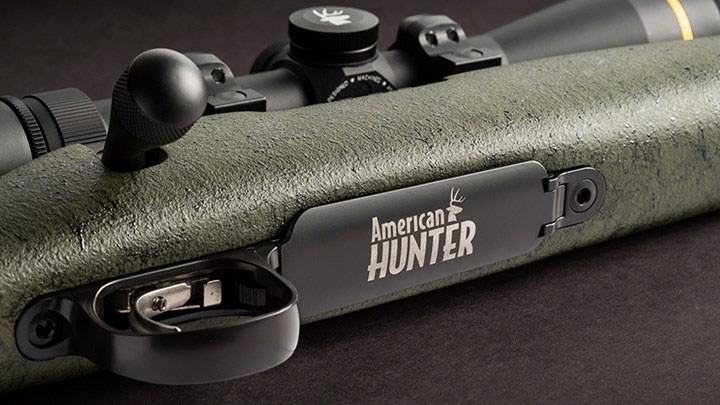 NRA Women | What Gun Would a Goddess Carry?

END_OF_DOCUMENT_TOKEN_TO_BE_REPLACED

News, thank the women of the NRA, Refuse To Be A Victim
END_OF_DOCUMENT_TOKEN_TO_BE_REPLACED