Will I Know When to Defend Myself?

Will I Know When to Defend Myself?

There is no magic quality about a firearm that keeps you safe. The onus is on you to become proficiently trained in its use.

I just returned from a three-day training class in Paulden, Arizona, where my defensive skills were put to the test in scenario after scenario. Gunsite Academy has excellent instructors, facilities and curricula designed specifically to give you the skills required to defend yourself. They have left no stone unturned and the psychology behind their training is spot on.

In deciding to carry a concealed gun, I have had to sort through what that means to me. The first decision I had to be willing to make was to defend my life with lethal force if necessary. I have to be willing to possibly injure and/or mortally injure another person so that I or the ones I love can live. The next decision was which tools to use to defend myself. Having decided on a firearm, I knew I also needed to get the training to be able to use it proficiently. 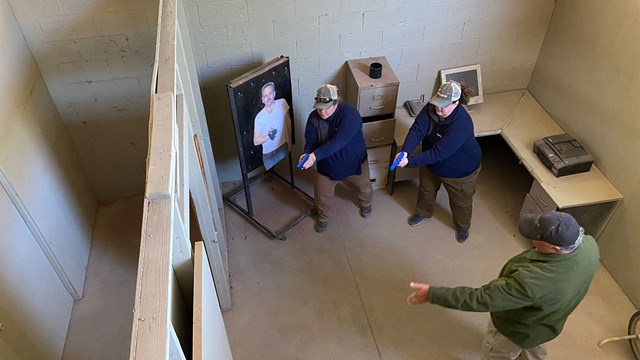 When I first decided to carry concealed, I believed there was a magic quality about the gun that would keep me safe. Just having it on me made me feel more insulated from attack. It may possibly be true that by simply possessing a gun I had more confidence and I carried myself in a way that made me think an attacker would choose an easier victim. But the more training I got, the more I realized that I am the one who has to defend myself. My gun is not going to jump out of the holster and fight crime like a superhero. My life is in my own hands.

How will I know when it is time to defend myself? Do rapists and killers formally announce their presence? Do they say, “I came here to kill you"?  I’m betting that they are more likely to say, “Hey, can you help me carry this?” or “Do you know the directions to this street? I have a map in my van.”

Cultural and societal norms tell us that we have a code to live by. If someone smiles at us, we are expected to smile in return. Reciprocity and fairness are important in how we deal with each other. If you borrow a cup of sugar from me, I should be able to borrow some coffee from you. If we shake hands on a deal, we are obligated to uphold the terms of that deal. These unwritten rules are very helpful to our society. But, what if you are dealing with a person with evil intent? Are they going to care whether they uphold these rules, or just try to use these rules to their advantage?

Criminals are going to know that you would be very embarrassed if you overreacted. If you tell someone to stay away or leave a situation because it didn’t feel right, you are possibly setting yourself up for criticism or ridicule from others. I’ve heard people say that they would feel embarrassed if they over-reacted. Some people would rather remain in a risky situation until evil intent was obvious so that they could then react without being seen by others as weak or afraid.

When I was a child (back in the day when you could play outside unsupervised until dark), my mother told me to never get into a stranger’s car no matter what they said. Even if they told me my parents needed me or they needed help, I was to run straight home instead. When I was about 7 years old, my younger cousin and I were playing in the woods next to a back road. A man in a car drove up and stopped. He told us that he was looking for his lost puppy and asked if we had seen it. He asked if we would help him look for it, to which my younger cousin gave an enthusiastic, “Yes!”  After all, isn’t it expected that kids help an adult look for something missing? I was also very interested in finding a poor lost puppy. Then the man told us to get in the car and we would go look for it. Thanks to my mom, I refused and held my cousin back from going as well. The man started to shame us by saying we needed to find the puppy because it was sick and may die if we didn’t find it. We backed away from the man in the car and ran home just as instructed. Even so, I was feeling guilty about not looking for the puppy. 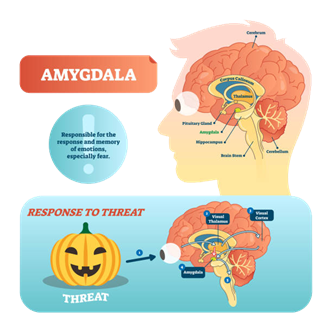 How do we know when we are in danger? Sometimes it is a gut feeling. Other times it is because we are trained and taught to be aware. The gut feeling comes from instinct. There is a structure in the brain called the "amygdala." It is responsible for activating emotions. Interestingly enough, visual information that is of a threatening nature (such as angry faces) activate the amygdala even before the visual cortex is activated. Weirdly, this means that our emotions see the threat before our eyes do. Gut feeling/instinct is real and we should pay attention to it. We should not dismiss uneasy feelings without first thoroughly investigating our circumstances.

In addition to honing gun handling, accuracy and speed skills, we need to be honing our observational skills and knowledge about threats. I have tried this by creating a lot of “what if” scenarios in my mind and in my home. This is great practice, but I have found that I would be a terrible criminal. I just do not have the imagination required. Formal scenario training has been eye-opening to me. To work through scenarios of someone else’s creation with non-functioning blue guns or Simunitions has been some of the best training I have received and has increased my confidence in defending myself against real threats.

My belief system is centered in care and compassion. I am not prone to paranoia and am much more likely to extend trust to others quickly. I believe in and like participating in social norms. Living this way brings me happiness. Those who are more prone to mistrust or those with evil intent may think this makes me weak and unaware...and perhaps I was, in the past. Training has made me more capable and competent. I signed up for this training because I care about my loved ones and myself. I decided that I would fight (to the death if necessary) to protect what I care about. Thanks to the training from Gunsite Academy, I can live the way I want without becoming an easy target. I can care, trust others, and defend myself with competence.

END_OF_DOCUMENT_TOKEN_TO_BE_REPLACED

News, thank the women of the NRA, Refuse To Be A Victim
END_OF_DOCUMENT_TOKEN_TO_BE_REPLACED