Feeling "left" out? No need! More southpaw-friendly firearms than ever are to be had.

The blogosphere is replete with forums for lefties and the many subsets of lefties—including southpaw shooters. While many of the discussions are a worthwhile read just for the dozens of suggested work-arounds implemented by this closely bonded community, we’re here to tell you that the firearm industry appears to be increasingly accommodating to the needs of this once “left-out” demographic.

Here are a few guns on which many in the world of left-handed shooters seem to agree make their days at the range or in the field a lot more enjoyable. 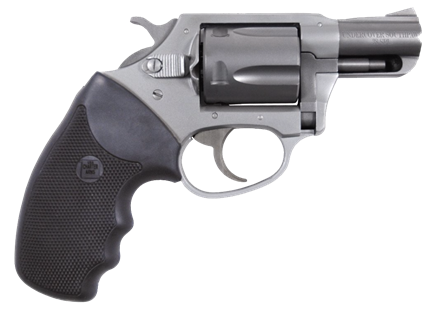 You can’t exactly blame revolver manufacturers for being forced to “pick a side” when it comes to which way the cylinder should release. Of course they had to accommodate the majority of the population, who are right-handed. However, Charter Arms led the way in developing the first truly left-handed revolver in completely reverse-engineering its Undercover Lite .38 Spl. revolver, naming it the Southpaw. No mistake as to who this was built for, as demonstrated by a cylinder release that opens to the right. The Southpaw is also available in a Pink Lady finish (although we really wish they’d have chosen one of the many other finishes that are offered on the Undercover Lite). MSRP: $435-$470, depending on finish. CharterFirearms.com 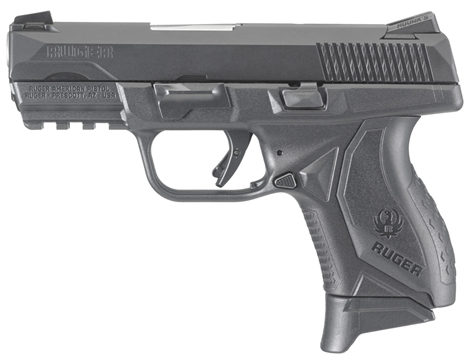 “Ambidextrous” is the word lefties are usually looking for in their search for a semi-automatic pistol that can work in their wrong-handed world. Some pistols are partially ambidextrous, meaning they contain at least one or two features that accommodate a left-handed shooter. Glocks, for instance, are favored by many lefties due to their lack of a manual safety, and a reversible mag release. In general, the German-made pistols, like the VP9 from H&K and the PPQ from Walther, however, feature truly ambidextrous controls in their slides stops and magazine releases (which are typically situated under the trigger guard). In 2017, data from the Second Annual American Rifleman Ladies Pistol Project showed that left-handed women who participated in study (which comprised 9 percent of the women) preferred the Ruger American Compact Pro (shown here), which features no manual thumb safety, and has both an ambi slide stop and magazine release.

Shotguns
Benelli has been perhaps the best-known brand for offering left-handed semi-automatic shotguns, to include the M2 Field Gun and the revolutionary Super Black Eagle, which has for more than 25 years been considered the pinnacle in semi-auto waterfowling shotguns. The creature comforts on these quality Italian guns are reflected in their price tags, however, so no one would blame a lefty's decision to adapt to the right-handed world rather than break the bank on a specific left-handed model. Other more budget-friendly left-leaning shotguns do exist, however, and have received consistently high reviews form those who have decided to make the investment. Check out the Tri-Star Arms Viper G2, a quality Turkish import, that boasts an MSRP of only $610. And just announced in August 2020 is the EAA Churchill 212 Field Left-Hand Semi-Automatic Shotgun. No more flying shotgun shells in the face with this gun, as EAA designed this shotgun from the ground up to accommodate left-hand use. Built on an aircraft aluminum receiver with a synthetic stock and fore-end, the 12-gauge 3” single-action shotgun’s controls are all modified for left-hand users, including the ejection port. The 28” steel-barreled shotgun, which weighs in at 6.3 lbs., has an overall length of 47.7” and a 14.25” length of pull, is available in a black finish and a Mobile choke tube thread. MSRP: $447.00. EAACorp.com

Rifles
For many years, Tikka was the name many left-handed hunters turned as their best bet for a model that would suit them. While still popular for their classic styling and European quality, several U.S. gun makers have also stepped up to respond this vocal market segment. Browning’s X-Bolt Hunter, Remington’s 700 CDL and Weatherby’s Mark V all now have left-handed models. Ruger has been one of the most accommodating U.S. manufacturers for left-handed rifle shooters, offering a few of its best-selling models like the Hawkeye and Scout in left-handed configurations. The Ruger American Rifle Predator model is offered in several popular hunting calibers, including 6.5 Creedmoor. MSRP: $569.

In this article
Firearms for Lefties, Left-Handed Guns, Revolver, Semi-automatic

American Rifleman | Collier & Colt: The Origins of the Revolver

END_OF_DOCUMENT_TOKEN_TO_BE_REPLACED

Whether you call it "everyday carry," "EDC" or "loadout," Lena Miculek's gear is eminently emulatable.

Is “the female of the species” truly more deadly than the male?

END_OF_DOCUMENT_TOKEN_TO_BE_REPLACED

News, thank the women of the NRA, Refuse To Be A Victim
END_OF_DOCUMENT_TOKEN_TO_BE_REPLACED