Read more about how women have contributed to the nation's day of remembrance.

Since the American Revolution, women have been willing to give all for their country, and often did so clandestinely. But until 1948, with the passage of the Women’s Armed Services Integration Act, women, with the exception of nurses, formally served in the military only in times of war. And it wasn't until 2013 that the military lifted its ban on women in combat. Today women comprise 20 percent of the Air Force; 19 percent of the Navy; 15 percent of the Army; and almost 9 percent of the Marine Corps. Women are also the fastest-growing demographic of veterans, making up approximately 10 percent of the current veteran population. On this final Monday in May, we are called upon to remember the honorable men and women who gave all to secure our freedoms. Below are five ways women have contributed to the nation's day to honor our fallen heroes.

The Women in Military Service for America Memorial
“Let the generations know that the women in uniform also guaranteed their freedom; that our resolve was as great as the brave men who stood among us; and with victory our hearts were just as full and beat just as fast as theirs, that the tears fell just as hard for those we left behind us.” —Anne S. (Sosh) Brehm 1LT, USA NC, World War II

The first line of that stirring quote is inscribed on the site of only major national memorial that honors the patriotism of all women who have defended America throughout history, The Women in Military Service for America Memorial, which is situated at the Ceremonial Entrance to Arlington National Cemetery. This memorial was dedicated in 1997, its mission to recognize all women who have served in or with the U.S. Armed Forces—past, present and future; to document the experiences of these women and tells their stories of service, sacrifice and achievement; make their contributions a visible part of history; illustrate their contribution equal to that of men in defense of our nation; and serve as an inspiration for others. 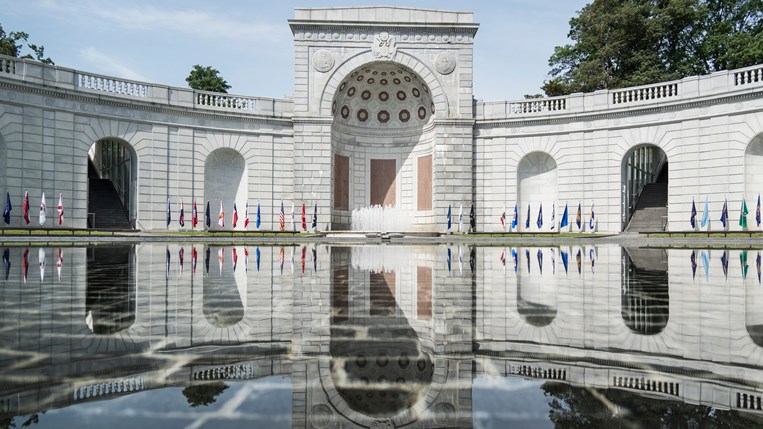 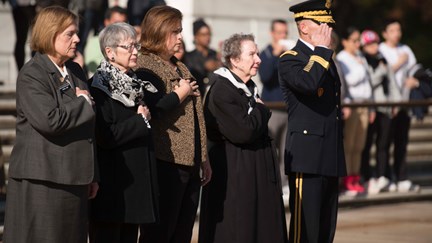 Arlington National Cemetery conducts funerals six days a week and buries or inters, on average, up to 30 veterans and active duty service members per day. So that no Soldier, Sailor, Airman or Coast Guardsman is laid to rest alone, a representative from a group of volunteers—The Arlington Ladies—attends every service. The Ladies are an official part of the funeral service, representing the honored's military service chief of staff or equivalent. Each Lady typically has a connection to the respective service, whether a former military member or as a spouse of a military member. At the funeral, the Ladies present condolence cards to the next of kin from the military service chief and spouse on behalf of the service family, and from the Arlington Lady herself. This act of compassion began in 1948 with the Air Force, with other branches following suit over the next six decades. (U.S. Army image)

Notable Women Buried at Arlington National Cemetery
DCByFoot has taken some guesswork out of visiting Arlington National Cemetery by assembling a self-guided tour of notable women buried there: those killed in wartime combat, and others whose acts of selflessness and valor earned them a spot on the hallowed grounds of Arlington. Among them are women such as Jacqueline Bouvier Kennedy Onassis;  Marie Rossi, the first female combat commander to die in battle (Operation Desert Storm); Lieutenant Commander Barbara Allen Rainey, the Navy’s first female aviator; Brigadier General Hazel Johnson-Brown, the first female African American general of the U.S. Army; and U.S. Navy Rear Admiral Grace Hopper, who helped to develop early computer programming languages and is said to have coined the term "debugging" after removing a moth that was stuck in a relay.

Decoration Day
Memorial Day was once known as “Decoration Day,” honoring the more than 620,000 killed in the Civil War. But even before that war had ended, women’s groups throughout the South gathered informally to decorate the graves of Confederate dead. In April 1868, the Ladies Memorial Association of Columbus, Ga., committed to an annual commemoration of fallen soldiers. By 1890, every former state of the Union had adopted it as an official holiday. But it wasn’t until the United States entered into World War I that the tradition was expanded to include those killed in all wars. Memorial Day was not officially recognized nationwide until the 1970s with U.S. involvement in Vietnam, becoming an official federal holiday in 1971.

The Tradition of the Red Poppy 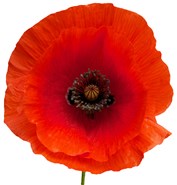 The tradition of wearing a red poppy was inspired by a poem (“In Flanders Field”) written in 1915 by Canadian brigade surgeon John Mcrae after he was struck by the sight of the bright red flowers growing above the land where slain solders lay buried across northern France and Belgium (Flanders). But it took a woman, Georgia college professor and volunteer war worker Moina Michael, after reading the poem that year in Ladies Home Journal, to begin a campaign to make the poppy a symbol of tribute to all who died in war. To this day the poppy remains a symbol of remembrance for all those lost in war.

In this article
Memorial Day, Women Who Served, Women Who Gave All, Women in Military

END_OF_DOCUMENT_TOKEN_TO_BE_REPLACED

News, thank the women of the NRA, Refuse To Be A Victim
END_OF_DOCUMENT_TOKEN_TO_BE_REPLACED