In October of 1996, a helicopter team was performing a routine search of Death Valley National Park. These searches aimed to curb illegal drug manufacturing and distribution taking place in remote areas of the desert. Death Valley is in California, on the Nevada border, only a two-hour drive from the Las Vegas strip.

This team didn’t find any evidence of illegal activity, but they did spot a green Plymouth Voyager minivan—an extremely odd thing to see in a rocky, sandy canyon with no roads. The van was 2.5 miles into the valley in an area that prohibited vehicles. It was sunken into the sand and covered in dust, with three flat tires.

It turns out the van had been reported stolen two months previously. It was discovered locked and surrounded by feces and food wrappers, but no footprints. Apparently a group of four German tourists had rented the van with plans to return it on July 26, and return to Germany on July 27. However, they missed their flight, failed to return the rental car, and hadn’t been seen or heard from since July 22.

The group, from Frankfurt, consisted of a 34-year-old man, his 11-year-old son, his 28-year-old girlfriend and her 4-year-old son. A camera found in the abandoned van was used to retrace the family’s trip through their dated vacation pictures. This clue showed that the family had flown from Frankfurt to their layover in Seattle and then to Los Angeles, where they rented the car and drove to San Clemente, California.

Also inside the van was their luggage and clothes as well as two bottles of beer, one empty beer bottle, an almost-full bottle of bourbon, spare tire, bank cards and an American flag. This odd assortment of items and the following records are the only clues police had to piece together the mystery.

Four days into the trip, the father requested a $1,500 wire transfer from his bank in Germany to a Bank of America. Apparently, he also attempted to ask his ex-wife for a similar amount of money, but there are no records that she sent it. There are questions as to why the group needed significantly more money only a third of the way into their three-week vacation.

The lack of money may be the reason the tourists got stuck in a place they shouldn’t have been in the first place. It is possible they were trying to save money by finding a remote area to camp for free, instead of paying a campsite fee or staying in a hotel.

The American flag, which turned out to be stolen, was from an unmanned cabin 4 miles west of where the van was found. Some believe the family took the flag to indicate that no one was there. Were they already in trouble and disappointed to find no one to help them? There, they also signed a visitor log indicating that they were headed for the Mengel Pass, a route that would’ve been impossible for a minivan to cover.

The family would have quickly discovered that the terrain was too rough for anything but a four-wheel-drive vehicle. However, no matter where they attempted to detour, they would have found more rocky and sandy ground. There was no going back. Police noted that the tires on the van suggested that the family continued to drive with flat tires for as many miles as they could.

Two ill-prepared adults with two children were stranded in an unforgiving and foreign terrain. July in Death Valley that year consisted of high temperatures of 125 degrees F and lows of 91. The heat was constant and unrelenting, even after sundown.

After the van was found, 40 to 100 search and rescuers patrolled the ground, two helicopters circled the area and eight people on horseback searched for four days. Although this might not sound like the largest search, all of the people involved were highly trained and familiar with the area. They determined the most likely places the family would have gone and combed those areas for evidence. The cost of the search amounted to $80,000 and all the search yielded was an indentation in the sand where someone sat under a bush and a beer bottle 1.5 miles east of the van.

This was a surprise to the search party. Although remote and expansive, Death Valley is a popular park. They checked every logical route from the van, but still found next to nothing. It took 13 years for someone to finally check the illogical routes.

That someone was Tom Mahood. An avid outdoorsman, Mahood stumbled across the German family’s case in a hiking forum. He took a personal interest in the case and received formal search and rescue training, during which he met a woman who worked on the original search—and was able to provide him with previously undisclosed information on the case.

First, Mahood retraced the family’s steps. He pinpointed the location of the van and walked to where the seat print and beer bottle were found. From there he could see a military installation—the China Lake Naval Weapons Center (NWC)—in the distance. He theorized that one of the adults had walked as far as the bush, returned to the van to camp, and then attempted to cross the valley toward “civilization” with the entire group. 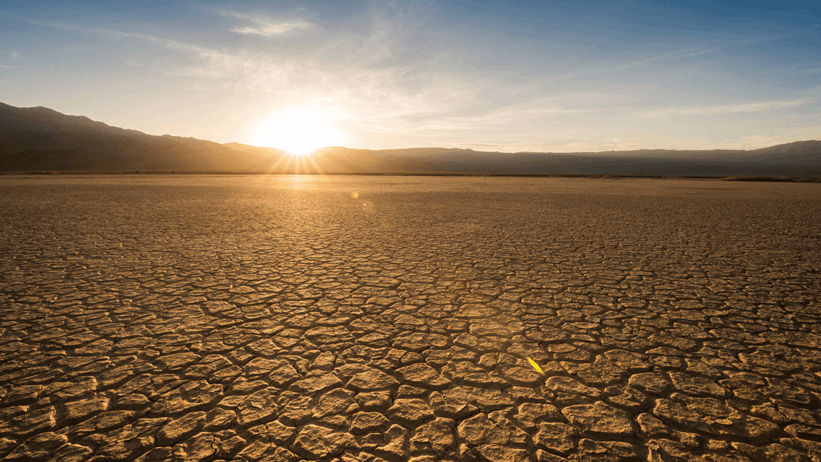 Little did the family know, 95 percent of this 1.1 million-acre facility is completely unmanned. The desert is flat and barren, allowing the NWC to appear closer than it actually was and perhaps giving the family a false sense of hope. However, even if they had made it 9 miles across a scorching hot desert with no water and two children, the only thing they would have found was a deserted stretch of land, unused since World War II.

Mahood set out to search this new area, but it was no easy feat. He buried water in the desert, tracked down natural springs to replenish his supply, and hiked 10 to 15 miles a day. His intense commitment to the case paid off.

While out searching with a friend he recruited to the cause, the two men found a wine bottle and a day planner—filled with German writing. They fanned out across the area and soon found a wine bottle, a shoe, the German woman’s ID ... and her bones.

With this new discovery, the sheriff’s office and FBI reinitiated search efforts. They later found a health insurance card, sunglasses, keys and the man’s remains. At first, forensics struggled to pull DNA from the sun-bleached bones, but eventually they matched the father’s DNA and wrote the female set of bones off as the mother. Neither of the children’s bones were ever found.

The man was apparently having custody issues with his ex-wife over the son he brought on the trip. His coworkers later remarked that he had talked about moving to Costa Rica and taking his son with him. Before the bodies were found, people assumed—perhaps hoped—that the family had intentionally faked their deaths for a new life.

Remote drug labs operating in Death Valley at the time also bred theories of foul play. Coincidentally (or perhaps not) the group was also only 10 miles from the infamous Manson family ranch. The “deserted” weapons testing facility has also spurred internet theories that the family saw something they shouldn’t have.

Although these wild theories are intriguing, it is more likely that the tourists had vastly underestimated the massive size of the United States, Death Valley and the canyon. Lacking provisions, a proper vehicle and general knowledge about the desert, they didn’t stand a chance in the unforgiving conditions.

END_OF_DOCUMENT_TOKEN_TO_BE_REPLACED

We live in a world of new acronyms, but the truth is, the firearm world has always used acronyms! Learn some of the basic ballistic terminolgy here.

A man armed with a shovel and a lug wrench forced his way into the home of a woman who was home with her two young children.

Here are just a few of the new models that will be heading to your dealers’ shelves soon!

A Few Words from Two of Freedom’s Greatest Benefactors

Shadow Systems has already elevated the out-of-the-box ubiquitous little black pistol into a class of its own.

Hunting Dilemma: What If I Shoot an Animal I Didn't Mean to Shoot?

You thought you were shooting one animal, but after you pulled the trigger, you discovered that what you shot was in violation of a game law. Now what?

END_OF_DOCUMENT_TOKEN_TO_BE_REPLACED

thank the women of the NRA, Refuse To Be A Victim, Women On Target
END_OF_DOCUMENT_TOKEN_TO_BE_REPLACED