4 (More!) Most Dangerous Places in the World

4 (More!) Most Dangerous Places in the World

Here are four physical locations to leave off your bucket list.

We recently published an article about the four most dangerous places in the world, and our tongue-in-cheek conclusion was that all four were really states of mind, not physical locations. It’s certainly true that a survival mindset is crucial for outdoorswomen, but several astute readers noted that they’d like a list of actual places to leave off their outdoor-adventure bucket lists. That’s why, today, we’re presenting a short list of “no thanks, I’m good” spots to avoid … in reverse order of danger.

Death Valley, California
Why is a place called “Death Valley” listed as the least dangerous spot on our list of perilous places? “Death” is right there in the name, after all. Fact is, Death Valley absolutely can be navigated safely if you’re properly prepared.

That said, the sands of Death Valley still scour the bones of those who don’t treat it with respect. It’s difficult to overestimate just how harsh Death Valley is. Daily temperatures can fluctuate over 100 degrees from noon to midnight, water is essentially nonexistent, and the desert landscape is ripe with mirage that makes getting one’s bearings very difficult.

One of the greatest American outdoor mysteries of recent years involves just such a tale: The German Tourists. The mystery was actually solved recently, but the central problem wasn’t the temperature, or dehydration … it was, essentially, a European misunderstanding of just how vast and inimical the American West can be.

Kalalau Trail, Hawaii
What’s Hawaii doing on this list? With the Kalalau Trail, we’re going from one of the harshest environments in the world to one of the gentlest; soft daily rains and a thermometer that only goes from about 60 to about 80 make this area seem more like Paradise than Perdition. But don’t be fooled by the Kalalau Trail; it’s absolutely lethal, with 85 to 100 known hiker deaths.

How do people die on this trail? Get this: They drown. There are three separate streams that cross the trail at various points … all of which can flash flood with shocking speed. Those streams, of course, lead to the ocean. Anyone swept out by the ocean currents at the beach that fronts the Kalalau will be fighting vicious rip currents and a shoreline that’s entirely cliff face except for the tiny beach. (And we haven’t even gotten into the rockfalls yet!)

Of course, there are plenty of places in the world with dangerous streams and rockfalls … but most of them don’t look like the nicest day you could ever have outdoors. The main problem with Kalalau Trail, it seems, is that its beauty is that of a cobra—best appreciated by people who really know what they’re doing. 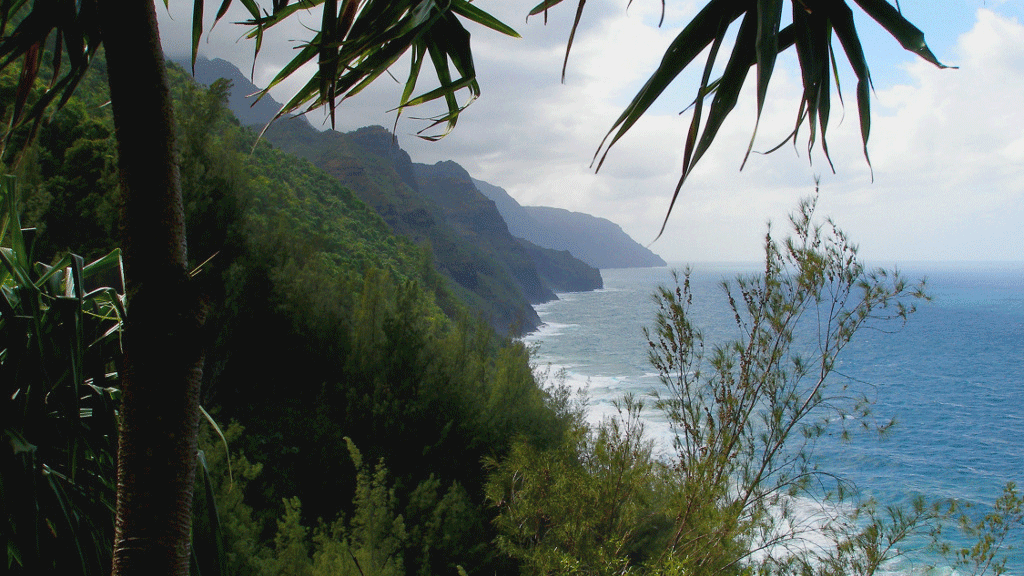 Bolton Strid, Yorkshire, England
You may be wondering how this charming little rivulet in the English countryside could possibly be considered “dangerous,” let alone deserve the penultimate spot on our list. England isn’t exactly known for its challenging weather (unless drizzle counts), nor for its devastating wildlife (unless you’re phobic about hedgehogs).

But here’s the thing about that charming little rivulet: It’s actually a raging cataract of the most dangerous whitewater in the world. It’s just sideways. The part you can see is essentially what would have been “the shoreline” of the river.

The part you can’t see is riddled with underground caverns and filled with a river of tremendous power. Nobody really knows how deep it is. So although you can easily jump across the Strid in many spots (in fact, that’s where the second half of its name comes from, “stride”), if you fall in, you will die.

In fact, the first part of the name, “Bolton,” is also rooted in the legend of the Strid. The Bolton Priory for which the stream is named was actually established by the grieving mother of William de Romilly, who tried to jump the Strid about a thousand years ago (not kidding—it was the year 1154 A.D.). The tragedy was later immortalized by William Wordsworth in his poem “The Force of Prayer”: And hither is young Romilly come/ And what may now forbid/ That he, perhaps for the hundredth time/ Shall bound across THE STRID? 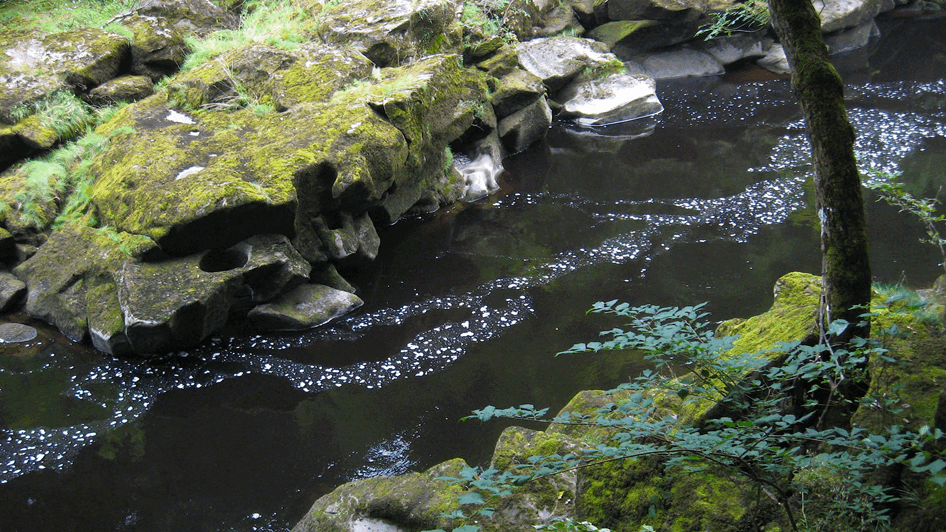 Ilha da Queimada Grande, Brazil
This one sounds like a great place for a yoga retreat, until you hear its English nickname: Snake Island. In general, when we talk about perilous places in the world, the local wildlife is not a factor. That’s because most animals, even predators, aren’t really interested in putting you on the menu. Even highly venomous snakes are usually not dangerous as long as you don’t step on them.

And that’s the problem with Ilha da Queimada Grande: It is simply not possible to not step on a venomous snake there. The snake in question is the Golden Lancehead Pit Viper, and Ilha da Queimada Grande is the only place in the world where they can be found. You can find them, in fact, at the rate of one per square meter of soil. That’s right; the entire island is 110 acres and there are between 2,000 and 4,000 golden lanceheads there at any given time.

As of right now, there are no human inhabitants on the island, and the Brazilian government has forbidden it to all but their own military. (We’re assuming that Snake Island actually functions as part of the Brazilian military—what invader would dare try establish a beachhead there?)

Of course, this isn’t an exhaustive list ... and, once again, it appears that the best way to stay out of dangerous places is to prepare and stay alert. 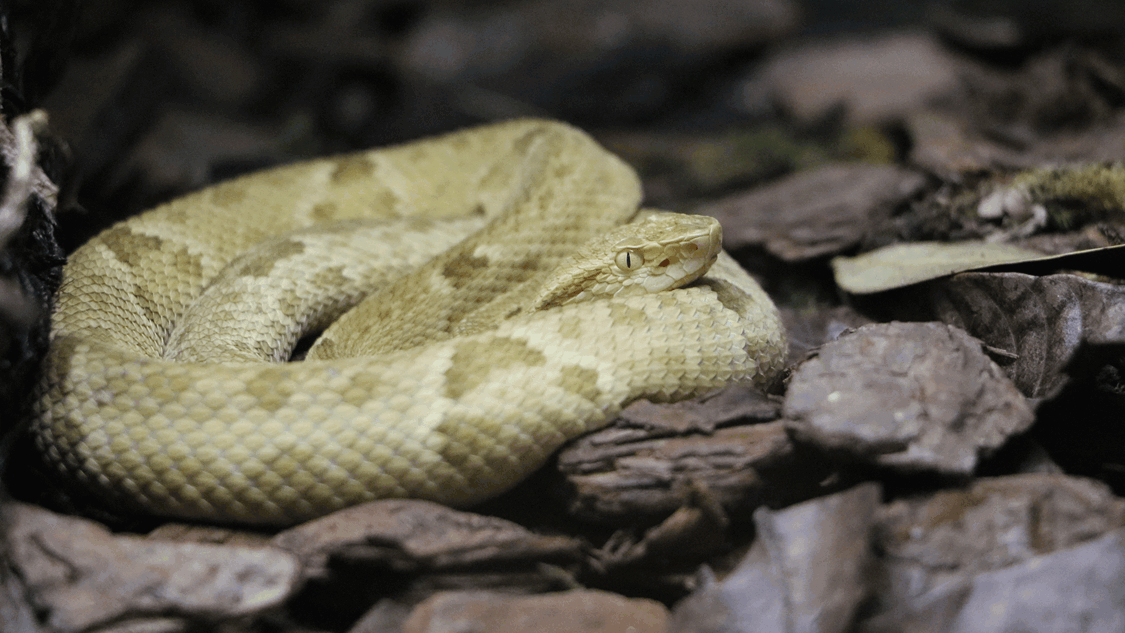 END_OF_DOCUMENT_TOKEN_TO_BE_REPLACED

News, thank the women of the NRA, Refuse To Be A Victim
END_OF_DOCUMENT_TOKEN_TO_BE_REPLACED