A mysterious accident in 1959—the cause of which has never been solved—took the lives of nine experienced outdoorsmen and women.

Halloween is rapidly approaching, and throughout October, the most ominous month, you can find spooky stories of mysterious occurrences on NRAWomen.com. To kick things off, we are delving into the Dyatlov Pass incident.

In January 1959, 10 students embarked on a cross-country ski trip in the Ural Mountains of Russia, then the Soviet Union. One turned back early on in the trip, a decision which would save his life. The suspicious deaths of the remaining nine still haunt investigators to this day.

Igor Dyatlov, for whom the pass was later named, was the leader of the group, because he was the most experienced outdoorsman. There were two women and seven men on the trip. They were all intelligent, mathematical people, studying economics, engineering and science at the height of the Soviet Union’s influx of technological advancements during the Cold War. They were also experienced hikers, skiers and mountaineers.

The group was meant to send word back to their sports club on February 12 as a sign that they had safely returned from the mountain, but they never did. And since they had been delayed due to inclement weather early on in the trip, no one worried until eight days had passed with no message. On February 20, rescuers were dispatched to search for the group. 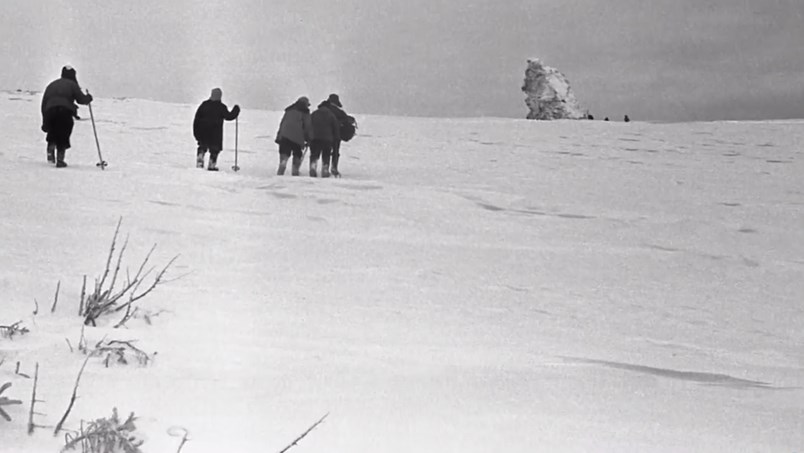 When volunteers arrived, they found a mysterious and foreboding scene: a lone tent pole sticking out of the snow. The search party began digging out the lost students’ abandoned tent, which had been pitched in a dangerously open and sloped area. Although the group was comprised of adept outdoors people, there are some theories on why they would have chosen such a poor campsite. One notion is that the weather was so bad that they simply stopped in their tracks; another is that they didn’t want to lose height on the climb by backtracking to a safer spot. Regardless of why they camped there, what the rescue party found took away any hope that they would find the skiers alive.

The tent had been ripped open. Inside they discovered a cooked and plated dinner, an even line of backpacks and boots along the side of the tent, and all the campers’ official papers and money. This eerie scene was made even more suspicious by the fact that the tent had been slashed open from the inside.

The rips were large and jagged, as if the students had frantically tried to escape in a hurry ... without their boots? Although it was only minus 24 degrees Fahrenheit, there were sock prints and barefoot prints leading away from camp. Some had apparently left with just one boot or just one sock. These tracks disappeared quickly, and the search party ended up finding the first few bodies about a mile away from the abandoned tent.

Two bodies were found clad only in their underwear. Although this sounds surprising considering the bitter cold, it is a fact that one of the final symptoms of hypothermia is paradoxical undressing. As a victim is freezing to death, clothes are often shed in a burst of false and irrational heat. (Members of the Donner Party and countless lost hikers have met the same fate.)

The leader, Igor Dyatlov, was found in the same area. He was shoeless, but dressed, and clutching a tree branch. Oddly, the tree sustained broken limbs as if the students had tried to climb it in a frenzy. Was it a hopeless attempt to gain warmth? Were they trying to break off kindling to start a fire? Were the students attempting to flee something chasing them?

The other students weren’t found until the spring thaw. They were all wearing more clothes, and found farther down slope in a ravine. Some had taken clothes from their fallen comrades. Although it may appear that this group of students was doing everything right in battling the elements, their bodies were found with inexplicable wounds.

For example, the frozen bodies revealed mysterious, car-crash-like injuries. Two men had fractured skulls; many had broken ribs, and one had a crushed chest; some suffered internal bleeding. One man sustained bruises consistent with hand-to-hand combat. Other graphic and unexplained injuries also instigated questions from the investigators.

However, there was an odd man out in the group. An older, non-university student who had fought in World War II, was found with a camera around his neck. But the lone skier who left the group early on knew of only four cameras among the group, all of which were found in the abandoned tent. This fifth secret camera was taken with its owner when he fled the tent.

This is where the conspiracy theories begin. Was the older man a KGB agent? Most of the students had been working in the fields of technology or nuclear power. One had even assisted in the clean up of a nuclear explosion two years prior at the secret facility where he worked. The dead bodies had tested positive for radioactivity, but it would have been impossible for the level of radiation found to be traces from that explosion. But why was testing for radiation even considered? 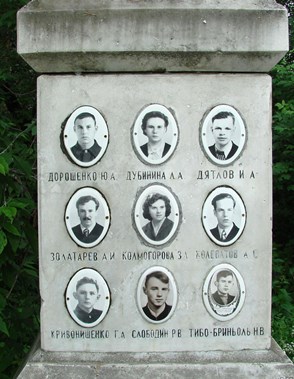 Allegedly, the bodies arrived for autopsy along with KGB guards and a barrel of alcohol. The technicians were told to store the organs in alcohol, test for radiation, and thoroughly sanitize themselves with alcohol after the victims’ bodies were closed.

What’s more, some of the students had open-casket funerals during which mourners noticed that the skin of the deceased skiers was oddly tanned, and their hair had turned grey. While a nuclear explosion may seem unlikely, it’s important to note that the Russian government sealed the case reports, restricted the Dyatlov Pass for four years, and discouraged the family and investigators from asking questions. Why impose such restrictions if the skiers died of a natural disaster?

Another point of discussion is geography. The area in which the tragedy occurred isn’t prone to avalanches, and many theorists argue that the slope was too gradual for a proper avalanche to kill so many. However, avalanches can occur on any slope where snow accumulates. A slab avalanche might be more likely, if the weather was truly terrible, which occurs when new snow piles up without compacting.

A slab avalanche could have buried the students’ tent in snow, but if they had sustained the injuries with which they were found, they couldn’t possibly have dug themselves out and made it as far as they did. One might also expect more snow to have completely submerged the tent. 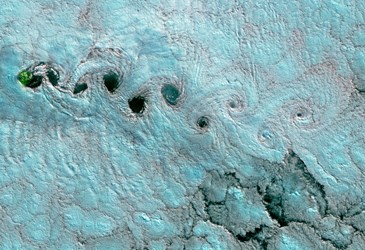 Yet another theory is something called the Kármán vortex, a phenomenon that occurs in specific places where the wind flows into repeating swirling patterns. These swirls of air can turn into small tornadoes and produce infrasound. Humans typically cannot hear such low-frequency sounds, but the vibrations have been known to cause insanity, paranoia and illness. If the students were in their tent and these vibrations caused them to panic and escape the sound, they quite possibly could have lost a battle to the elements with no gear or protection. As it was dark outside, they also wouldn’t necessarily be able to find their way back to the tent.

Although these aren’t all of the theories behind the Dyatlov Pass incident, they are a few that might keep you up at night. Still others speculate about aliens, yetis or a military testing accident. Although no one knows for sure what happened in Siberia that tragic night in 1959, a statue was erected near the Dyatlov Pass to commemorate the lives of the lost students. People still ski and travel there today, but never in groups of nine.

END_OF_DOCUMENT_TOKEN_TO_BE_REPLACED

News, thank the women of the NRA, Refuse To Be A Victim
END_OF_DOCUMENT_TOKEN_TO_BE_REPLACED