Two Dutch hikers disappeared in the Panama Jungle, leaving behind a trail of oddities.

Two women, aged 21 and 22, traveled to Panama as part mission trip and part vacation in April 2014. Lisanne Froon and Kris Kremers wanted to hike and tour the cities while also volunteering to help children and the community. A family hosted the two girls, until one day they took the family dog out for a hike ... but only the dog returned. 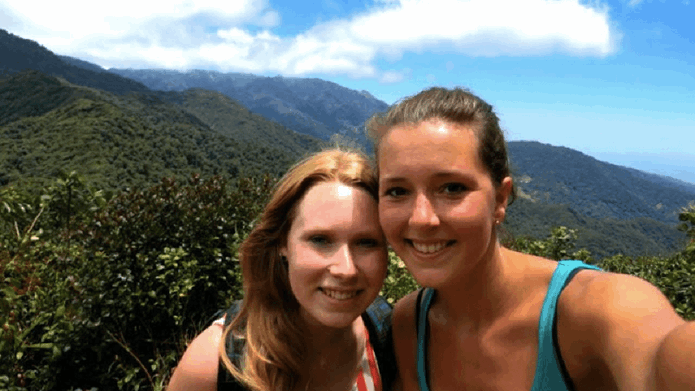 On the day of their disappearance, before setting out on their hike, Lisanne and Kris had brunch with two fellow Dutchmen they had met. Their excursion was on a clearly marked path and should’ve taken about five hours to complete. However, their host parents began to worry when the girls never came home. They searched the area around the house that night with neighbors, and the next morning reached out to authorities.

The police began aerial searches for the girls while locals fanned out on the ground. Four days later, Lisanne and Kris’ parents flew in with Dutch detectives and canine units. The authorities embarked on a massive 10-day search, and the parents offered a substantial reward, but they found nothing except wilderness. 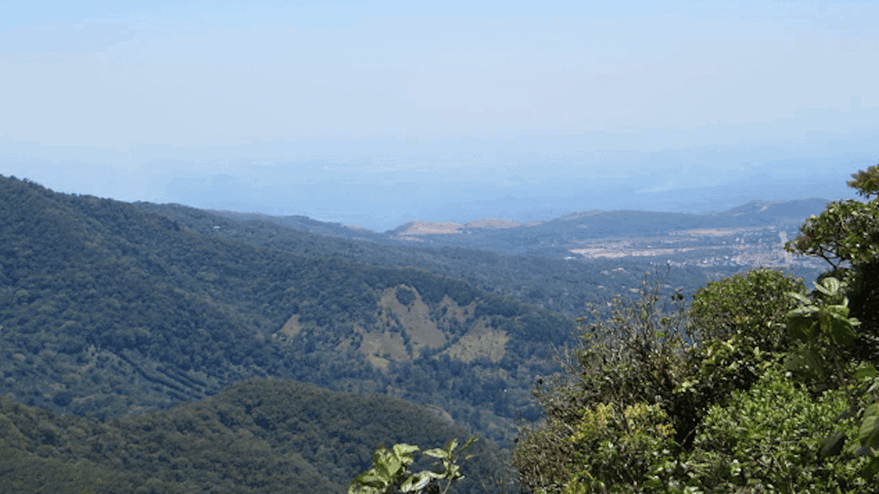 Ten weeks later, a local woman turned in a backpack that she had found by the banks of the river that runs through the jungle. It contained some personal items, cash, Lisanne Froon’s passport, two smartphones, a water bottle and a camera. It was found in an area that was at least an eight-hour hike from the girls’ last known location through very remote and difficult terrain.

The smartphones and camera presented chilling evidence of the girls’ disappearance. It was determined that around four hours into their hike, the girls had repeatedly tried to call emergency services on both of their phones, but none of the calls went through.

The distress calls continued from both phones at regular intervals for six days. On April 6 there were multiple failed attempts to enter Kris’ PIN on her iPhone, but it was never used again. Between April 7 to 10, there were 77 emergency call attempts from Lisanne’s phone. On April 11, it turned off for the last time. Authorities fear something may have happened to Kris that day and Lisanne didn’t know the code for her phone.

The pictures on the camera began with smiles, posing and a selfie of the girls together. However on April 8, the photos became more disturbing. Some were completely dark. Others were of the surrounding wilderness at night. There were 90 flash photos taken from 1 a.m. to 4 a.m.; a photo was taken every two minutes. Stranger still were photos featuring twigs and bits of a plastic bag piled on a rock, toilet paper and a mirror laid out on another rock, and the back of Kris’ bleeding head.

The discovery of the backpack spurred another search for the missing girls. However, the situation only became more grim. First, two local women found a pair of women’s shorts zipped and folded lying on a rock. Then, a search party located a hiking boot with Lisanne’s foot still inside. Further downriver, 33 more bones were found, including Kris’s sun-bleached pelvic bone. Most of the bones belonged to Lisanne, possibly indicating that Kris passed away first considering her remains were skeletal and mostly dispersed, never to be found.

Although eerie and mysterious, most believe that Kris and Lisanne were behaving rationally and intentionally to signal rescue by leaving behind the food wrappers, toilet paper and folded shorts as markers to where they’ve been. They could have also been using the mirror as an attempt to signal aircraft with reflected sunlight.

Detectives have estimated that on April 6, Kris must have been seriously injured and died shortly after. Lisanne didn’t know Kris’s phone PIN and attempted to desperately call for help 77 times over the following few days. Kris could have been injured any number of ways navigating the ruthless jungle, especially while tired, scared and hungry. There was heavy rain at the time, which could’ve resulted in slippery slopes and roaring water. The area where they were hiking is also filled with monkey “bridges” that are extremely dangerous and consist of only three ropes to balance on while crossing a ravine.

The girls may have been using the camera flash as a light to see where they were going … but there is a far more disturbing theory as well. If Kris had already passed and the heavy rains caused the river to rise, Lisanne may have been forced to leave her friend’s body in search of higher ground. She may have photographed the body’s location so that she, or whoever found her camera, could return to the place she was last seen.

However, the mystery remains: How did they get lost, and why weren’t they found? Those who believe foul play was involved find it suspicious that the girls didn’t leave a message to their families, as lost hikers typically do. They may have thought it was too risky to run down the phone battery just in case they found cell service. More tragically, a crisis could have occurred that left them with no time for goodbyes.

More questions arise as to why the uncovered backpack had no water damage. The bag was found by the same river where the girls’ bones were found. How, despite rainy conditions and the proximity to the river, did the backpack remain dry?

Another nagging question is why would they stray from the trail in a foreign place? Did their host family’s dog somehow run off, and they got lost trying to find it? Were they running from someone or something? The presumption is that smart and savvy women don’t just abandon their only way out of the jungle.

Although the jungle is dangerous and difficult to navigate, there are some odd circumstances in this case. The girls cleverly attempted to follow downriver, as is often suggested by some survivalists. It’s a good idea; most towns are built near a water source, and sooner or later every river should take you to the ocean. However, in this particular jungle, the river only winds deeper into the wilderness and away from civilization.

Unfortunately, there’s no way to know what actually happened to Lisanne and Kris. The fact that no evidence or bodies were found until months after the original search is deeply concerning. The girls were most likely alive during the initial search, using the useless phones, camera and mirror as their only tools for survival. Although we can’t know what went wrong for Lisanne and Kris, we can learn the skills and acquire the tools to safeguard ourselves in the outdoors.

NRA Women | 4 (More!) Most Dangerous Places in the World

END_OF_DOCUMENT_TOKEN_TO_BE_REPLACED

News, thank the women of the NRA, Refuse To Be A Victim
END_OF_DOCUMENT_TOKEN_TO_BE_REPLACED