In Case You Missed It: Gun-Store Undercover, S&W's New Shield Plus, Surviving Ammo-Geddon ...

This week, we're rocking Women's History Month with more spotlights on the women who made history with guns. If you're a fan of adventure tales of outdoor derring-do, you'll love the story of Osa Johnson. 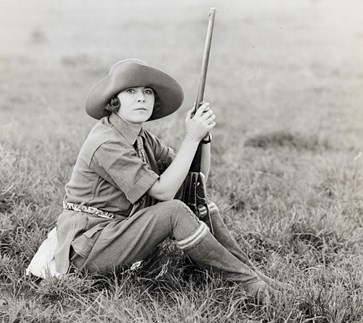 Ever had a man tell you you’re too small to handle a heavy recoiling gun? Osa apparently never received that “helpful advice.” Despite her small stature, she didn’t shy away from big calibers, cannibals or danger of any kind. Get in the thick of it with her!

Do you like your women in history stories to be a little more ... historical? If so, you'll love the tale of Mad Anne Bailey, scout and patriot of the Revolutionary War (not to mention possessor of one cool nickname).

The NRA didn't exist at the time of the Revolutionary War, but we've been boosting women who shoot ever since we were founded! Through competition, NRA helped break the gender barrier for police, too. A young officer by the name of Jeannie E. Bray demonstrated excellence with a revolver (then the predominant sidearm) in NRA PPC competition and eventually became a homicide detective with her department in Columbus, Ohio. Now we have a scholarship named for her. Read more here. 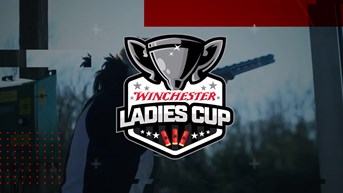 Of course, Women's History doesn't just happen one month a year; it's happening now. Meet the women of Team Krieghoff, who are making history today! The National Skeet Shooting Association (NSSA) and National Sporting Clays Association (NSCA) have announced their 2021 All-American Teams, and the ladies of Krieghoff are leading the way.

One of the toughest things about being a hunter is trying to explain the benefits of our lifestyle to those who don't understand. It's an emotional subject for many, so it's crucial that we find the best ways to help non-hunters understand the importance of this time-honored tradition. Your NRA's Hunter's Leadership Forum is offering a free webinar and book to make things simpler. Find out how here!

Over the past year and a half, gun sales have skyrocketed higher than a SpaceX shuttle launch. 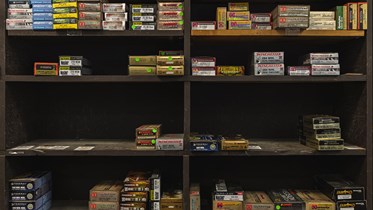 NRA Women contributor Barb Melloni decided to take advantage of this and go undercover at her local gun shop to see what exactly was going on “behind the scenes” and what folks were really asking when browsing the shelves. Here's what she learned.

In this article
Points of Impact, News Round-Up, Women and Guns

END_OF_DOCUMENT_TOKEN_TO_BE_REPLACED

News, thank the women of the NRA, Refuse To Be A Victim
END_OF_DOCUMENT_TOKEN_TO_BE_REPLACED