Here’s how to bring home the bacon—I mean venison—during the rut.

One of my absolute favorite ways to get a mature whitetail into range during the rut is by using a decoy. As with anything, safety is always your number one priority. Do not use a decoy on public land during gun season, or anywhere else that could put you in harm’s way. Once you have deemed it safe to try a decoy, let the fun begin!

First, the number one question is: When should I use a decoy? I’ve found the best results are right before the rut, during the peak of the rut and for a few weeks after the rut. I prefer to use a buck decoy, as I’ve had the best luck with this. I know some people like using a doe decoy, but I have found that very few mature bucks can simply walk by a decoy posturing to them. The decoy’s ears are laid back, his hair is bristled up and he’s showing his dominance. I personally use a Dave Smith Decoy, because they are the most realistic I’ve found and realism matters. Any decoy may bring a buck into range, but a realistic decoy can keep them there for a long time. On a hunt one time in South Dakota I let a mature buck posture around my decoy for over 10 minutes waiting for enough light to make a clean shot. He never spooked and I was eventually able to take the shot. 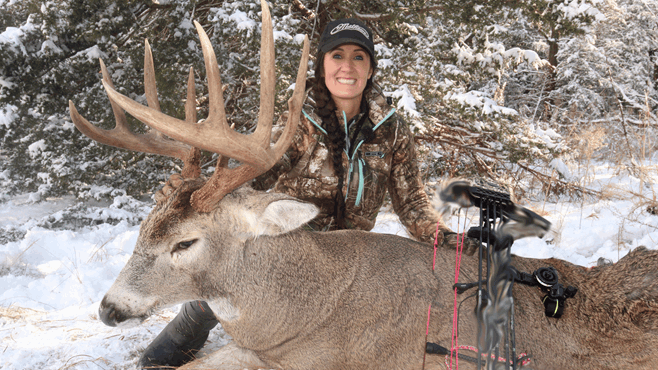 Next, it’s extremely important to spray the decoy down to remove any human odor. Often times a buck will come in and try to get downwind to ensure nothing is off. Old bucks get big because they try to use as many senses as possible to detect danger. My goal is to fool three out of five senses when decoying.

First, to fool their ears, I usually do sequences where I mix in two different types of grunts, then a snort wheeze followed up by rattling. This emulates a real fight scene in nature. 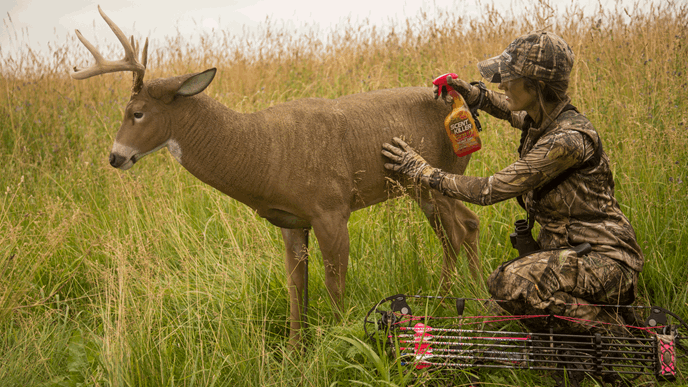 Next, I spray down my decoy heavily with Scent Killer Gold to remove any human odor and to fool their sense of smell. After that, I will put scent on the ground around my decoy and a set of hocks I cut off from a rutted up buck, if available.

Lastly, when they know they heard a fight and smelled a buck, they spot the decoy buck. I’ve found that once you trick three out of the five senses, they often come in on a string. 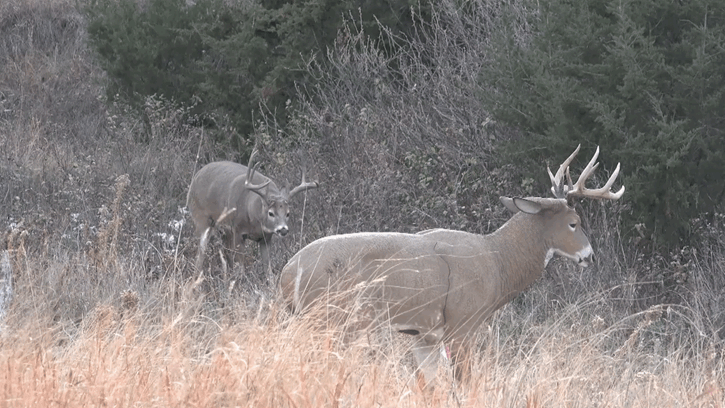 The main thing to be aware of when a buck approaches is his ears. The moment they lay back and his hair bristles up, you’re in the money. Always watch the ears. If they flip forward, it usually means they heard or saw something they don’t like and could bolt. This season alone I’ve had my decoy hit twice by bucks and have already decoyed in more than 30 different bucks in both South Dakota and Nebraska, including one of my biggest whitetails with a bow that came into 20 yards straight downwind.

If you’re looking for a way to bring bucks in front of your stand and watch some crazy action in the field, I would highly recommend trying a decoy. It won’t work every time, but when it does, you will be amazed.

END_OF_DOCUMENT_TOKEN_TO_BE_REPLACED

News, thank the women of the NRA, Refuse To Be A Victim
END_OF_DOCUMENT_TOKEN_TO_BE_REPLACED