Did you buy one of these guns in 2019? Our friends at TWAW surveyed 5,000 members to gain insight on what guns women rely.

The incredible spike in gun sales in 2020 has been accompanied by regular updates on gun ownership in the United States. Data compiled from surveys conducted by a variety of sources reveal a real glimpse into the lives and habits of our fellow gun owners, offering facts on the number of firearms sold, NICS background checks performed, and insight into who the new gun owners are and why they are buying. The information draws us into a community of likeminded individuals, allowing us to measure our own hypothetical answers against the results.

A survey we NRA Women are most interested in is one conducted annually by The Well Armed Woman (TWAW) organization, under the title “Top Guns for Women,” in which 5,000 TWAW members provided information on their recent gun purchases. The latest results, from 2019, were announced prior to the national Covid-19 health crisis, and perhaps were eclipsed by the ensuing events of 2020. With that in mind, we believe you will find the results of this latest survey inspirational, whether you are looking for a gun for everyday carry (EDC), home defense or simply for recreational shooting. Read TWAW founder Carrie Lightfoot's analysis here. We are looking forward to the 2020 survey results!

1. Smith & Wesson M&P380 Shield  EZ
It comes as no surprise to us that the Smith & Wesson M&P380 Shield EZ, new in 2018, took the top spot in the TWAW survey, and mirrors the results of NRA’s 3rd Annual Ladies Pistol Project. Characterized by its easy-to-rack slide and extremely mild recoil, this .380 ACP pistol lives up to its name. New shooters and women who have difficulty manipulating the slide on a semi-automatic pistol reported that they love this gun’s effortless functions and lightweight frame. Easily tucked away in concealed carry clothing, the pistol features a double safety—ideal for EDC. For more proof of this gun's popularity, In 2019 the EZ was selected by NRA American Rifleman editors to receive the 2019 Golden Bullseye award for Women’s Innovation Product of the Year. If you’re in the market for a gun that’s both easy and fun to shoot, check out the EZ. 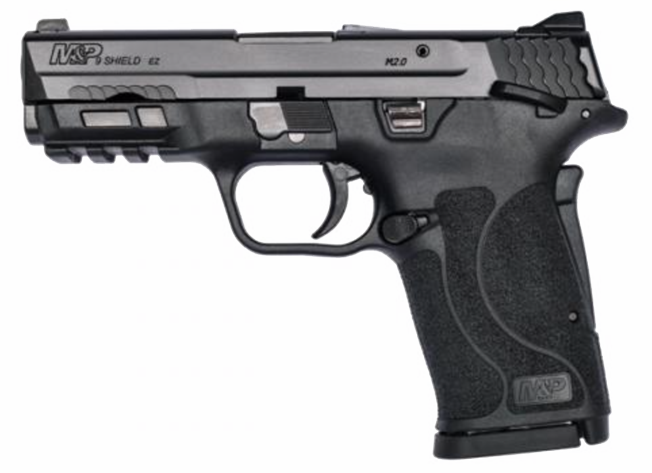 2. SIG Sauer P365
SIG Sauer's P365 was the pistol that inspired the flurry of higher-capacity 9 mm micro-pistols introduced to the concealed-carry market. Introduced in 2018, the first pistol of its size and caliber to feature a standard 10+1 magazine (12 +1 with the extended magazine). Thanks to the offset double-stack magazine, this pistol offers the extra firepower many are looking for in EDC. Women with smaller hands reported they love the feel of the grip. Although the more powerful cartridge means a heavier trigger pull and slightly increased recoil, the superior grip fit helps the shooter manage the kick. More definitive proof that The Well Armed Women have excellent taste is that NRA Shooting Illustrated’s awarded the pistol 2019’s Golden Bullseye for Handgun of the Year. 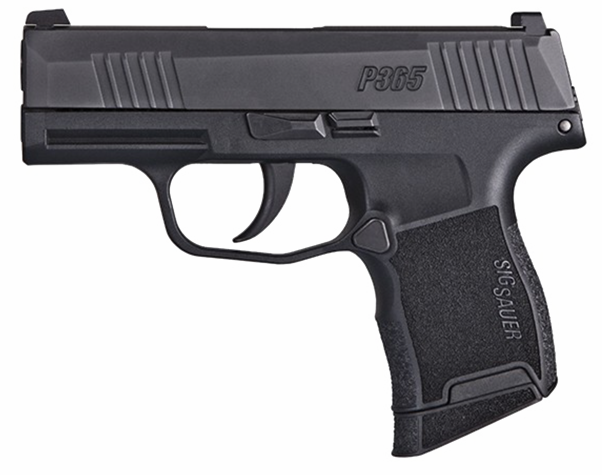 3. Glock 43
Retaining its spot in the Top 3 for three years running, it is no secret that the brand loyalty to Glock is widespread, and the six-round 43 was welcomed—especially by women—with open arms to the reliable family of Glock pistols. A light trigger and smooth shooting experience make target practice a pleasure. TWAW reviewers of this gun reported that recoil was comparable to other compact semi-automatics, but the slide was much easier to operate than other 9 mm’s they had tried to operate. 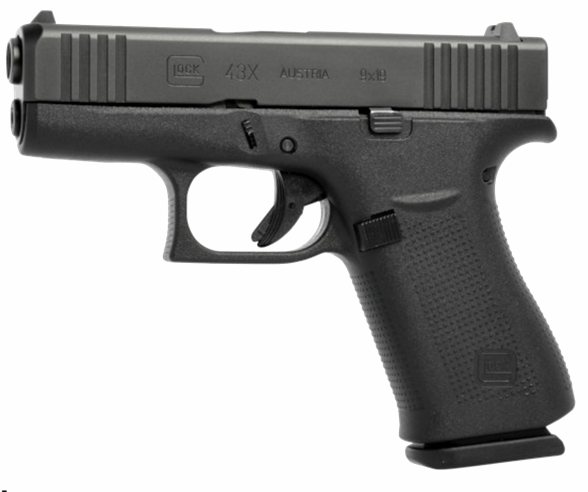 4. Smith & Wesson M&P Shield in 9 mm
The compact size and light weight of the 9 mm S&W M&P Shield is what Well Armed Women respondents say drew them to this firearm. However, compared to the new-for-2020 M&P9 Shield EZ, felt recoil and the slide leaves a little more to be desired. 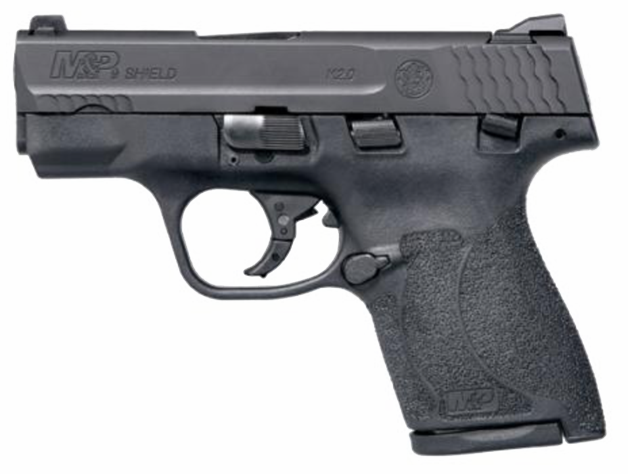 5. Glock 19
The ubiquitous Glock 19 has been called the world’s most popular pistol, finding equal favor among both men and women. Its 15-round standard capacity also makes it an appealing carry pistol for men but would be hard-pressed to see the Glock 19 fall out of the top 10 of any survey on favorite pistols, regardless of gender. 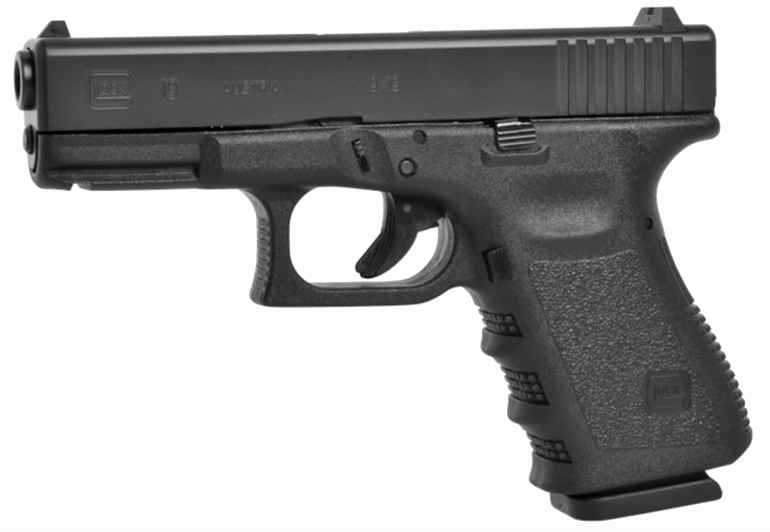 6. SIG Sauer P238
This 1911-style .380 ACP caliber single action, semi-automatic handgun has been a perennial favorite among women since its introduction. With an easy-to-rack slide and easy-to-load magazine, TWAW reviewers also praised the grip and bright night sights. A 1911-style trigger and minimal recoil helps the shooter keep groupings tight. And if you are one who places high importance on a pistol’s aesthetics, the P238 is available in seven stylish grips and finishes. 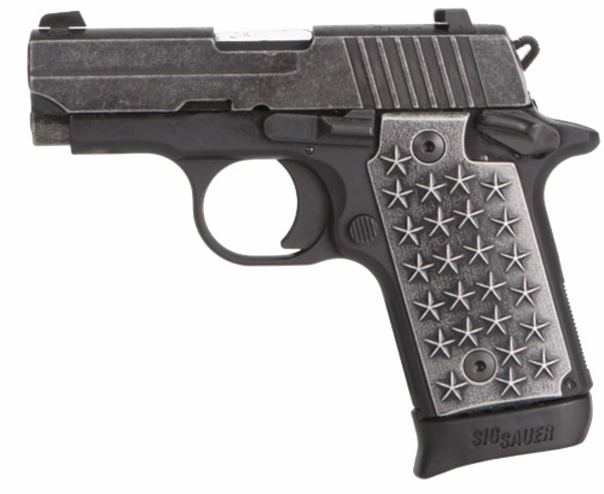 7. Ruger SR22
As the only rimfire pistol to land in the top 10, women reported liking the gun’s magazine's safety disconnect feature. The lightweight SA/DA .22-cal. pistol is also extremely easy to take down, making cleaning a breeze. However, Well Armed Women respondents noted that it can be finicky with certain kinds of ammunition. They also reported that this firearm feels balanced in the hand with a snug grip, making the SR22 ideal for plinking away (especially with less expensive and plentiful .22 ammo), 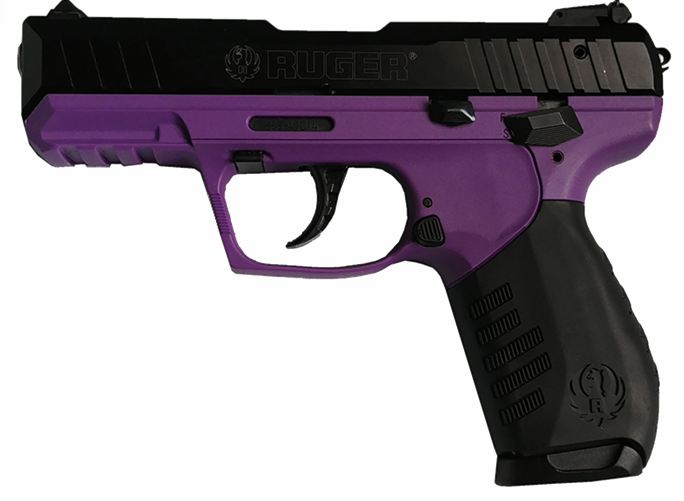 8. Glock 43X
Love the Glock 43 but prefer an increased magazine capacity? The primary difference with the Glock 43X is a slightly longer grip than the original 43, which accommodates a magazine that holds four additional rounds—a feature that TWAW reviewers said made the minor increase in length worthwhile. Otherwise, the pistol has the same crisp trigger and manageable recoil that women loved in the 43. The Well Armed Women reviewers also reported that the 43X was effortless to load. 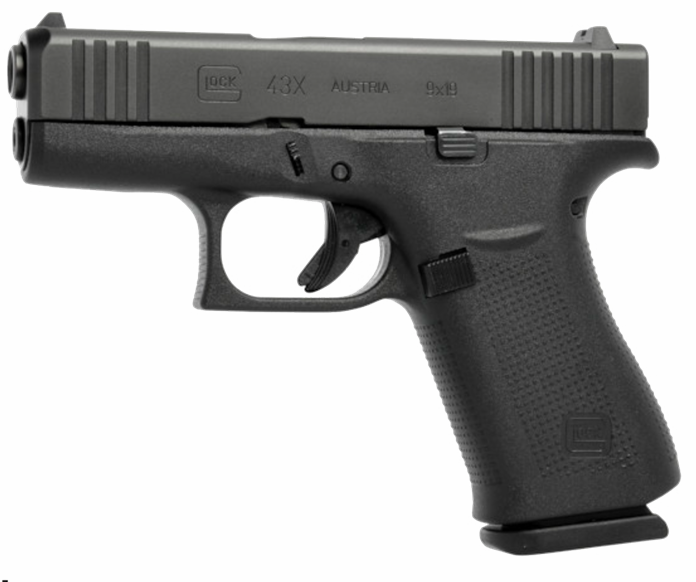 9. Ruger LCP
The handgun’s size was the major draw for most women who responded favorably the Ruger LCP. Easily concealed and seamlessly conforming to belly bands and holsters, the LCP is also offered with a pop of color in teal, pink camo and purple options. From TWAW: "What’s interesting is that Ruger now offers the LCP II, which has a substantially easier racking slide and trigger pull, which should speak to women. However, its longevity as a favorite with women demonstrates a women’s need and desire to carry a gun they can very easily conceal." 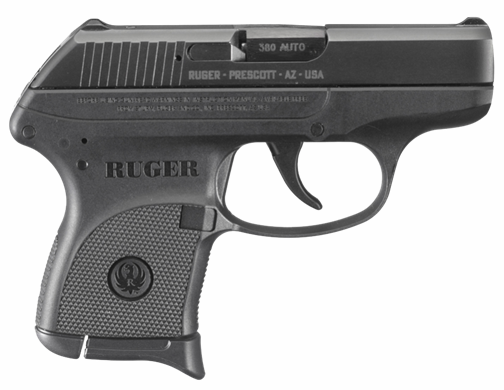 10. SIG Sauer P320
The full-size 15-round capacity P320 rounds out TWAW’s Top 10 list, with TWAW reviewers reacting positively to having the extra firepower. But it was the easy-to-rack slide and cleaning process sealed the deal for SIG Sauer fans. As it is a larger and heavier pistol than most other guns on the list, it perhaps may be a better suited for training or a nightstand rather than EDC. 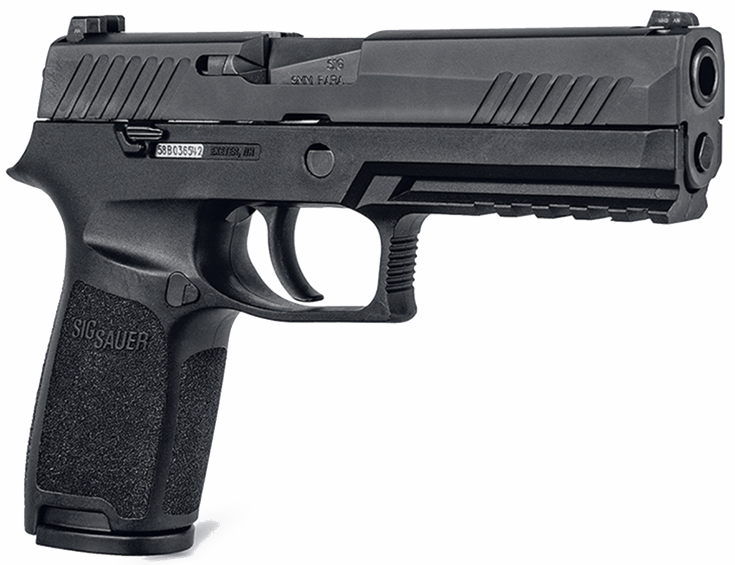 END_OF_DOCUMENT_TOKEN_TO_BE_REPLACED

That's a Wrap! Shoot Like A Girl Trailer Gets a New Look

For the 2021 Home of the Brave Tour, the rig displays its sponsors on a TrueTimber Strata camouflage backdrop.

Prone is the most stable shooting position, but there’s a right way and a bunch of wrong ways to do it.

This practical gun storage option lets you keep a few more of your reliable friends close by.

How to Fly Home With Meat From a Hunt

Congratulations—you were successful on an out-of-state hunt! Now, how do you get all this meat home on a plane?

END_OF_DOCUMENT_TOKEN_TO_BE_REPLACED

News, thank the women of the NRA, Refuse To Be A Victim
END_OF_DOCUMENT_TOKEN_TO_BE_REPLACED