A lifelong hunter who has taken more than 150 species on six continents works for the common goals of America’s hunter-backed, hunter-funded wildlife conservation groups.

Safari Club International (SCI) presented worldwide hunter Susan Hayes with its 2020 SCI Diana Award at its annual convention in Reno, Nev., last February. The annual award, sponsored by the NRA Women’s Leadership Forum, is named for the mythological Roman​ goddess who reigned over wild animals and the hunt. The award recognizes women of the SCI who have excelled in international big-game hunting, demonstrated exemplary ethics afied and dedicated their time to enhancing wildlife conservation and public education about hunters and hunting. To learn more about this year's winner—a California-based sommelier who has taken more than 150 species on six continents—check out the full story on the NRA Hunter’s Leadership Forum website. 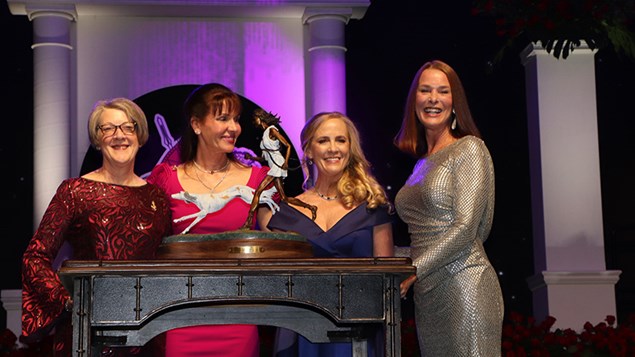 NRA Family | 4 Friends You Need For Your Outdoor Adventure

END_OF_DOCUMENT_TOKEN_TO_BE_REPLACED

News, thank the women of the NRA, Refuse To Be A Victim
END_OF_DOCUMENT_TOKEN_TO_BE_REPLACED