Looking for one sporting firearm that can fill multiple roles? Here's a handgun, rifle and shotgun that can do the trick!

Members of the shooting community have a variety of reasons for choosing which firearms to own. Collectors, hunters, competitors and self-defense practitioners all have different needs and preferences. I grew up in a family of what I respectfully call “utilitarian shooters.” They had no interest in collecting guns or exploring the nearly infinite variety of options available. Instead, family members had a rifle for harvesting deer and elk and a solitary shotgun for water fowl, upland game and breaking clays. If a new gun was purchased, it was to replace one that was worn out.

For those who are new to shooting, or looking to own just one gun, there are plenty of high-quality and affordable firearms in configurations that can fill multiple hunting and outdoor shooting sports roles. The following are three types of rifle, shotgun and handgun that are among the most flexible I've worked with in regard to utility while providing a good fit for wide range of body shapes and skill levels.

This is the second of three articles that cover a total of nine “just one” gun options. The other two discuss these topics:

Just One Guns Pt. 1: For Beginners and Casual Shooting

Rifle: Center-fire Bolt-Actions
Just about anything that can be done with a rifle has been done with a bolt-action chambered for center-fire cartridges. Among the most successful firearm types ever produced, bolt-actions are beloved by shooting sports enthusiasts for hunting game of all sizes and long-range shooting endeavors. Well made models are durable, accurate, reliable and simple to operate. Because of their relatively slow rate of fire and low ammunition capacity, bolt-action rifles are mostly ignored by those pushing to ban semi-automatic rifles such as the AR-15 and AK-47. Thus they are legal to buy and own in more states than some rifle action types. Bolt-actions come in a variety of calibers, configurations and price points. Generally speaking, modern civilian bolt guns can be broken out into three general categories: hunting, target shooting and hybrids.

Hunting rifles intended for harvesting medium and large game are designed to be lugged around in adverse conditions. The stocks and barrels tend to be slimmed down in order to reduce the rifle's weight and the receivers are drilled and tapped for magnified optics. In most cases, these rifles ship from the factory with sling swivel studs for a 2-point shoulder sling to make them easier to carry in the field. There are dozens of calibers to choose from depending on which type of game you're hunting, but popular calibers for North American game include the .270 Winchester, .30-06 Springfield,

Target rifles, or benchrest rifles, are essentially hunting rifles on steroids. They tend to stay put in one place, so reducing the rifle's weight is not an issue. In fact added weight helps to stabilize the gun for greater precision at longer distances. The barrels tend to be longer with a larger profile (aka. bull barrels). The shoulder stocks are often heavier for added stability and can be tricked out with a variety of adjustable segments for a more precise fit to the shooter’s body. Until recently, target rifles were mostly custom guns with prices starting at $3,000 and going steeply up from there. But in recent years, Ruger released its Precision series of long-range bolt guns with real world prices around $1,000 to $1,299. 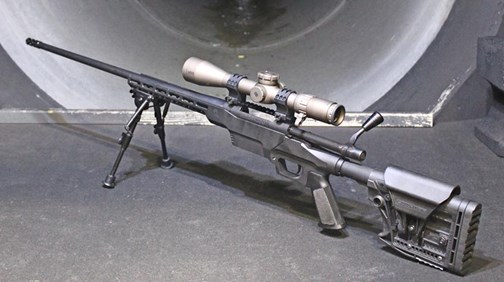 As with any useful firearm configuration, there's always an effort to provide models that successfully split the difference between the two extremes. In this case, the goal is to make the rifles light enough for carry in the field along with desirable target shooting features. Not long ago I teamed up with Brownells to assemble a hybrid using one of the company's exclusive Howa 1500 barreled actions that arrive with the barrel, bolt assembly and trigger installed. The 7 mm Rem. Mag. tapered-barrel action was fitted into a Brownell's MDT BRN-1 Precision Chassis system with an adjustable stock and pistol grip. It straddles the rolls of hunting gun and bench gun beautifully. By investing a bit of sweat equity the cost was kept to about $1,600.

Shotgun: Compact 20-ga. Pump Action
Here's a bit of terrific old-school advice for small-frame shooting enthusiasts that I don't hear repeated much these days. I hope you'll find it as useful as I did.

Back in the mid 1990s, I was in the market for a just-one shotgun that could fill most of my needs in the field and be used for home security. While researching the topic, I picked up a copy of the book “Stressfire II: Advanced Combat Shotgun” (1992) by Massad F. Ayoob. In chapter 7 he discussed alternatives to the 12-ga. for personal protection, namely, the 20-ga. shotgun shell. He pointed out that a 20-ga. shell can launch around 75 percent of the shot pellet payload of a 12-ga. shell but does so with only 50 to 60 percent of the felt recoil. In other words, it will get the job done with about half the recoil.

Sold on the idea of the softer shooting 20-ga. shell, I set out to find a suitable platform. The one I chose (and still have) was called a Youth Model Remington 870 at the time. Today these shorter shotguns are more often called Compact or Bantam models so as to include more seasoned shooters and not just the younger generation. The vented rib barrel is 21", making it short enough to serve as a home-defense option but long enough to accommodate a removable sporting choke. The gun itself is about 1.5 lbs. lighter than a sporting 12-ga. and it has a shorter 13" length of pull.

This 20-ga. Remington swings nicely, breaks clays consistently and the lower levels of felt recoil are a welcome relief during longer shooting sessions. Birdshot, buckshot or slug loaded ammunition is readily available at local big box and sporting good stores for prices similar to 12-ga. This particular shotgun configuration is not the best option for long range shotgunning where more power is needed (turkey hunting, high flying waterfowl) but it does just about everything else. Mossberg also offers some terrific options in 20-ga.  Depending on the features you prefer, these shotguns are available for between $300 to $600. These models are also available in 12-ga. and .410 Bore.

Handgun: Double-Action .357 Mag. Revolvers
I'm a big fan of the flexibility that full-size, double-action revolvers have to offer in a variety of calibers. But for this discussion, I'm going to stick to some of my all time favorites—sturdy 6 or 7-round capacity wheelguns like the Ruger GP100 and Smith &Wesson 686 chambered in .357 Mag. 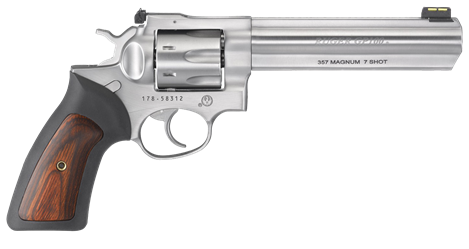 Unlike semi-automatic pistols, double-action revolvers do not rely on the ammunition to cycle the action. This means that the ammunition pressure levels can be altered drastically without the risk of the gun jamming. In fact, .357 Mag. revolvers can also safely fire the slightly shorter .38 Spl. cartridge. This allows the gun to be loaded down with soft shooting .38 Spl. target loads for comfortable practice, .38 Spl. +P or light bullet .357 Mag. loads for home defense, or ramped up to full power with heavy bullet .357 Mag. rounds for handgun hunting or defense against dangerous game.

All-steel revolvers have a heftier feel to them, which isn't a bad thing. That weight helps to soak up the stout recoil produced by .357 Mag. ammunition. Which barrel length is best depends on how the gun is going to be used most of the time. For target shooting and handgun hunting, a 6" to 8" barrel is the best way to go. For home-defense and concealed carry, a 2" or 3" barrel will be easier to work with. A 4" barrel, one of the most common options, is a good multi-purpose fit for all three roles.  Well-made examples of this model tend to cost between $700 to $1,000.

END_OF_DOCUMENT_TOKEN_TO_BE_REPLACED

News, thank the women of the NRA, Refuse To Be A Victim
END_OF_DOCUMENT_TOKEN_TO_BE_REPLACED