This week, we’re reminding NRA Women that each and every one of us has the strength and perseverance to carry on—and to succeed—no matter what the world throws at us. In fact, we always have. What we mean by “always” is the last 10,000 years at a minimum, and the proof is in some recent scientific discoveries. Turns out that as soon as anyone bothered to examine the skeletons that they’d assumed were male simply because they had been buried with hunting tools, lots of “hunters” turned into “huntresses.” Who’s the apex predator of the Paleolithic? You. 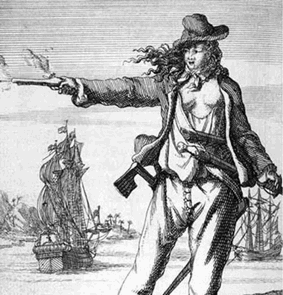 If you’ve ever cheered the phrase “Well-behaved women rarely make history,” you’ll find some wry grins in the historical tales of some badly behaved women on our sister publication, NRA Family. How badly behaved, you ask? How about hand-to-hand combat on the high seas, matey? Read the tale of Ann Bonny and Mary Reed—who really were pirates of the Caribbean—or walk the plank. Arr!

Of course, not every woman at the wheel of a sailing ship was a pirate. This week, we turned our attention to this old Henry rifle, a gun with one whopper of a tale to tell. It all started in 1883, when ship’s captain Captain Waterhouse suddenly took ill and died. The ship, the S. F. Hersey, set sail for the Americas with his wife Maria at the helm, but the crew mutinied. Why they did it, and how Mrs. Waterhouse prevailed, is right here. Keel-haul ‘em! 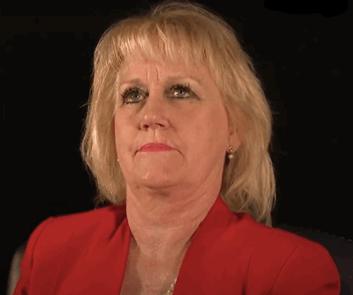 We don’t have to reach back hundreds or thousands of years to find tough, dedicated, patriotic women willing to fight for freedom. This past week, we took a moment to pay a Veteran’s Day homage to the women who fought in the Vietnam War. Although women weren't "officially" meant to be fighting on the front lines, they frequently saw combat in the line of duty. In this video, four women veterans of the conflict in Vietnam describe what that was like for them ... the challenges, triumphs, tragedies and tears. 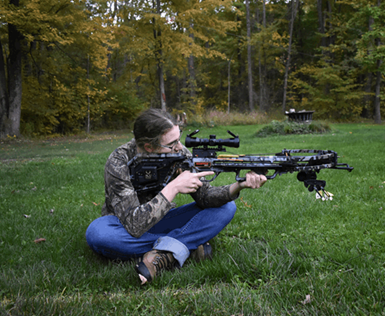 Women have been fighting and hunting throughout history, but it’s only recently that manufacturers have begun thinking of us as they design their defensive and hunting tools. One such tool is the crossbow. Though treated as a firearm with its own legal season in some states, a crossbow allowed contributor Serena Juchnowski to become comfortable hunting with an arrow rather than a bullet. A perfect transitioning tool, the crossbow has sights or a scope, just like a rifle, and a trigger. This week, Juchnowski reviews the Wicked Ridge Rampage 360 Crossbow, a beginner’s bow at a beginner’s price. Wicked!

Women don’t just use archery equipment, of course. We design it, too. This week, our friends at American Hunter announced a brand-new Bowtech compound bow, Designed in conjunction with its namesake, huntress and archer Eva Shockey. It’s called  the Eva Shockey Gen 2. Built around DeadLock cam technology, the bow is optimized for a 23½- to 28½-inch draw, with draw weights of 40, 50 or 60 pounds. Read more about it here.

The anti-gunners are already making their ban plans, and the best way to counter them is with the truth. You have probably encountered one, two, or even all three of these terms: muzzle brake, compensator and flash hider. This piece will teach you about the three devices, their different purposes, and (most importantly) what they can’t do. Muzzle-device myth-busting is fun! 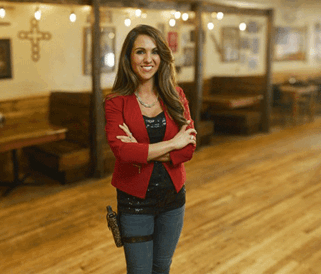 Speaking of politics, now’s a great time to cheer the election of Representative Lauren Boebert. Boebert famously faced off against former Congressman—and failed presidential candidate—Beto O’Rourke (D-Texas). When O’Rourke admitted to the world that “Hell, yes” he intended to confiscate semi-automatic rifles during a debate last year, Lauren Boebert traveled several hours to attend one of his town hall meetings in Aurora, Colo. “Hell, no, you’re not,” she said…

END_OF_DOCUMENT_TOKEN_TO_BE_REPLACED

News, thank the women of the NRA, Refuse To Be A Victim
END_OF_DOCUMENT_TOKEN_TO_BE_REPLACED