Pick a song, any song. I still remember the advice my “shooting aunt” Hanne Brantner gave me. “I sing a song, whatever song pops in my head when I’m shooting offhand,” she said. “And I don’t think about anything other than the front sight or the crosshairs coming in to where it needs to be.” No matter how silly it sounds, it works—at least for Hanne.

Hanne’s shooting career officially began at the age of 8, though she has always tried to push her own limits. Her father ran a junior smallbore program in West Virginia. “Being a daddy’s girl, I would always go to the range with him," she says. "Finally, when I was 8, he allowed me to try to shoot for the first time.”

From then on, the next opportunity could come quickly enough. Hanne shot her first match the following year, a smallbore prone competition. “I was shooting a little Remington 521-T that my dad had cut half of the buttstock off of—so I could get up on the rifle," she said. "My firing pin broke during the match and my dad was shooting the same relay so I couldn’t ask him for help, so every time I would close the bolt the rifle would go off.” Though in retrospect not the smartest or safest move, 9-year-old Hanne carefully loaded the rifle, aligned the sights and closed the bolt— a sequence she repeated for the remainder of the match. “I didn’t even come in last!” she recalls with a laugh.

Hanne expanded into air rifle and continued to shoot both for the following 10 years. By the time she graduated from high school, most of the ranges she frequented had been shut down due to new lead regulations. Preferring to shoot outdoors anyway, Hanne discovered at the age of 13, her passion lied with high power. 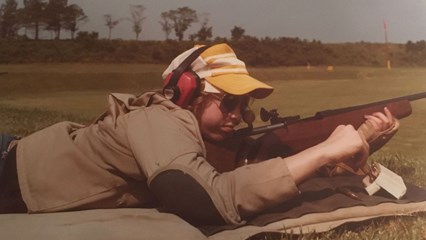 Hanne’s father had competed in High Power service rifle competitions while Hanne was growing up. She remembers practically living at Marine Corps Base Quantico while he competed. “I was in the pits at age 10 or 11 ... pulling the targets during the matches.” When she turned 13, Hanne’s father presented her with a .243 bolt-action rifle (shown above) he had built for her. Though the standard service rifle used was the M1A, it was too large for Hanne to handle, so she competed in the match rifle category. 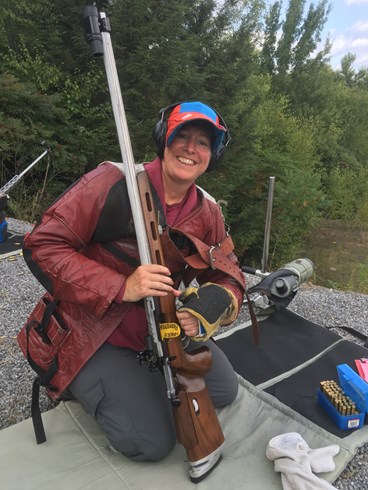 Regardless of her size, Hanne says she desperately wanted to shoot an M1A like everyone else around her. Her begging and pleading with her father over the next year eventually worked. When she opened her rifle case at her first match the following spring, inside rested a beautiful M1A. “I had no idea that he had built that for me,” Hanne remembers fondly.

Though no stranger to competition, having attended her first smallbore Nationals at the age of 11, a .308 M1A opened up an entirely new world. “When I started shooting the M1A there were hardly any women shooters," she says. "I would say probably at the Nationals there were fewer than 20 women ... It was a .308 and a lot of women didn’t like or couldn't handle the recoil.”

Admittedly, Hanne was probably too small to physically handle the rifle when she first started, but she wanted to shoot it so badly that she made it happen. After approximately a year of shooting the M1A, Hanne accomplished the unimaginable. She earned the Distinguished Rifleman’s Badge in 1985 at the age of 15.

In 1986, Hanne claimed the National Women’s Rifle Trophy, the third year it was presented. She also made the President’s 100 and tied for High Civilian, but was “Creedmoored”—losing due to the order of shots fired (the tiebreaker in such cases). By 1998, AR-15’s were becoming popular among competitors. Hanne bought hers at Camp Perry that year, but fired it in one match just to get zeroes, opting to fire the rest of the matches with her “baby,” her M1A. 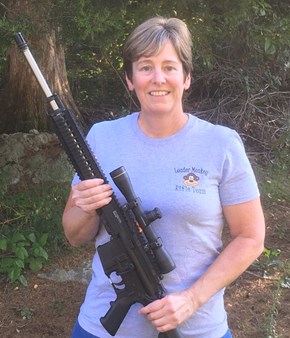 Though she competes with an AR-15 in across the course matches now, the M1A is still her favorite rifle. “I still shoot a super tight position, but I just think a lot of people, especially the ones who have never shot an M1 or an M1A, they don’t realize how hard it was to literally hold on to that thing. You had to have firm grip, like stick on spray, to hold yourself on to your rifle at times,” she says.

At some point, as it does for nearly all shooters, life changed. Hanne married and had three children, moving from West Virginia to California to Texas to Pennsylvania. Shooting was never truly lost, but she missed the Nationals at Camp Perry for 14 years. When her eldest son, Gunner, became involved in shooting through a friend whose dad wanted to start a 4-H rifle team, Hanne realized she needed to come back.

Hanne chose to return to the National Matches at Camp Perry in 2015, shooting the long range portion with her dad. In the first match she shot that year, a 600-yard match in Cumberland, Md., she placed 3rd Overall. Hanne started shooting long range right out of high school, preferring to compete with a .308 Palma rifle with iron sights than any scoped rifle at 1,000 yards. “I did OK in long range, but I never really excelled in it until 2015, when I came back from that long break.”

Since that time, Hanne has claimed many titles in both CMP and NRA matches, the most recent of which was at the 2019 Camp Perry National Matches. Hanne claimed the high woman Palma rifle title in the National Individual Match Aggregate.

Hanne has since introduced all of her children to shooting. Her middle son, Matthew, has taken the greatest interest in high power and long 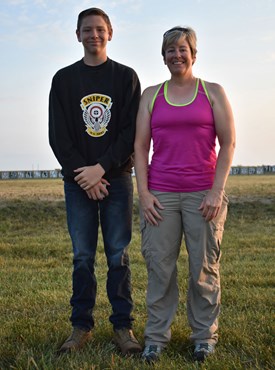 range. Competing as a family and introducing her kids to something she so loved as a child and still does is something incredibly special. Upon her return to Camp Perry, Hanne noticed that there were a greater number of young women shooting, but very few women like her who actively competed and came back after starting a family.

“To this day, I’ll be the first one on the range and the last one off. If there’s ammo to shoot, I will be there. And I’ll shoot it until we have no more. I really enjoy shooting and I’ve been thankfully very blessed to have done as well as I have,” Hanne says. Now she has the chance and responsibility to pass those passions on.

NRA Women | Choosing the Best Treestand and Harness For You

END_OF_DOCUMENT_TOKEN_TO_BE_REPLACED

News, thank the women of the NRA, Refuse To Be A Victim
END_OF_DOCUMENT_TOKEN_TO_BE_REPLACED