Semi-automatic actions are popular options because of their smooth operation and quick reloading times.

Whether it's a rifle, shotgun or pistol, semi-automatic actions represent state-of-the-art modern firearm design and can be found serving in a variety of law enforcement, competition and civilian shooting endeavors. Because semi-automatic platforms are so popular and effective they are often the target of political debate, thus several states have enacted restrictions and bans on certain features, including removable standard-capacity magazines, pistol grips, threaded barrels, adjustable stocks, etc., and particular models by name. For this reason, some of the models listed here may not be legal to own where you live.

This is the third in a series of articles that cover a total of nine “just one gun” options. Be sure to check out:

Rifle: The AR-15 Carbine
The AR-15 is among the most popular rifles to own in the United States today. To some folks, the AR has a somewhat alien (even off-putting) appearance when compared to more traditional sporting rifles. But the features that make it look so different from other guns contribute to its positive characteristics, including its ease of use, accuracy and modularity. AR's are available in a wide variety of calibers and configurations. But for this conversation, let's focus on one of the most common versions, the Mil-Spec 16" barrel carbine chambered in .223 Rem./5.56 NATO.

This rifle was designed to be accessible to a wide variety of body shapes and skill levels. Most carbines weigh less than 7 lbs., making them lighter than many sporting guns. The 6-position adjustable shoulder stock allows the length of pull (LOP) to be quickly adjusted between 10.50" to 14.25" to accommodate most body sizes. The pistol grip fits smaller and larger hand shapes and provides added control. The majority of the rifle's operations can be conducted while maintaining a shooting stance. When chambered in .223 Rem, ARs produces modest levels of felt recoil that are easy to manage for longer shooting sessions or for those who are less experienced.

Well-made AR's tend to be accurate. My experience has been that off-the-rack models can tap out 1.25" to 1.5" five-shot groups at 100 yards with precision models printing half-inch groups at that same distance. These rifles can be effective out to 500 or 600 yards (with careful shot placement) while also being effective for close quarters defensive situations.

The word “modularity” gets bandied about quite a bit these days. Modular is just another way of saying the firearm is outfitted with drop-in components. These parts can be removed and replaced without the need for a gunsmith to grind, shape or alter the parts in order for them to fit. Literally every single piece of a Mil Spec AR-15 is modular and can be swapped out for other Mil Spec parts. With a bit of self-education and a simple set of tools, an AR can be kept up and running or modified with the features you prefer from the comfort of your at-home workbench.

In addition to the easily traded out external parts, the AR platform has the uncommon ability to split into two distinctive and fully self-contained halves. This split personality allows a single lower assembly that has a standard Mil Spec receiver to be connected to different uppers chambered in a variety of calibers. This means that a single lower assembly can be paired with different uppers chambered in other calibers, including .22 LR, 300 BLK, .450 Bushmaster and the GZP 9 mm carbine reviewed here.

It used to be that AR-15 carbines were fairly expensive, with prices starting at around $1,000 or more. Today, more budget friendly factory-assembled models are available for between $600 to $900. Solid models from reputable manufacturer’s include the Ruger AR-556, Mossberg MMR Carbine, Savage Arms MSR 15, Smith & Wesson M&P 15 and Springfield Armory Saint.

Shotgun: Mossberg International SA-20
Unlike the bantam pump-actions discussed in the second part of this series, I have yet to find a semi-automatic 20-ga. that I like as a "just one gun" option for both home-defense and sporting duties. However, Mossberg International's SA-20 series of 20-ga. shotguns chambered for 2 3/4" and 3" shells includes affordable semi-automatic models specifically designed for either personal protection or outdoor endeavors.

The SA-20 Tactical borrows a variety of features that are popular for police and military models. The receiver is topped with an adjustable ghost-ring rear sight and a fiber-optic front sight. A Picatinny rail is provided for optics. The checkered forearm and shoulder stock are both made of lightweight polymer. The shoulder stock is fitted with a vented rubber recoil pad and a soft, textured rubber pistol grip. Other features include a 14" length-of-pull, a generously sized operating handle, a trigger guard cross-bolt safety, sling swivels and an unloaded weight of just 6 lbs.

The sporting version of the SA-20 is a light and handy shotgun with vented rib barrels ranging from 22" to 28" inches in length with bead sights. It is available outfitted in walnut or black synthetic furniture with bantam or standard length shoulder stocks. Each one ships with a total of five interchangeable chokes with real world prices of around $500, depending on the features you choose.

Handgun: Compact Polymer Frame 9 mm Pistols
If there's one type of handgun that qualifies as the go-to, just-one-gun option of the 21st century, it would be the compact, polymer-framed 9 mm pistol. Many Americans agree this platform provides a just-right balance of size, weight and ammunition capacity that is ideal for home defense, concealed carry and enjoyable practice sessions at the shooting range. 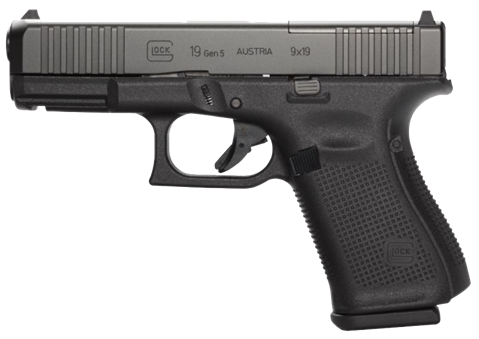 The 9 mm cartridge is among the most popular in the world because modern defensive loads are effective, produce moderate levels of felt recoil and more of these rounds will fit into typical pistol magazines than .40 S&W or .45 ACP cartridges. Compact models have the advantage of holding more ammunition and being easier to shoot than diminutive pocket-size models, while still being more comfortable to conceal than full-size duty pistols. The slim and trim single-stack compacts take magazines that hold about 8-rounds of ammunition while the double-stacks can hold between 10 to 15-rounds.

Many of the models on the market are striker fired with internalized safeties that make them simple to operate. The durable polymer frames reduce the pistol's weight and the cost of production when compared to steel or aluminum alloy framed semi-automatics. This translates into lower real world prices between $300 to $700. 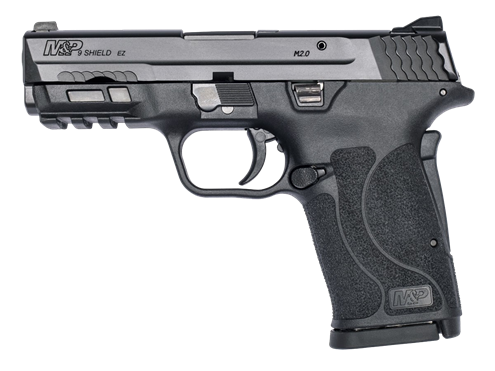 Among the most influential progenitors of today’s mid-size 9s is the double-stack Glock G19, which was first released in 1988. Currently available in Gen3, Gen4 and Gen5 configurations, Glocks remain a popular option for civilians and law enforcement because of the simplicity, reliability and modularity of their design. But Glocks are not the only option to choose from these days. Due to popular demand, there are literally dozens of well-made compacts to choose from including the Ruger Security 9, Smith & Wesson M&P Shield EZ  and Taurus G3, to name just a few.

If you are in the market for a 9 mm pistol, or new to handguns in general, a good place to start your research is the Ladies Pistol Project which includes a detailed evaluation of several 9 mm pistols designed for self defense. Or check out "9 Nines You Need to Know."

NRA Family | How to Safely Unload Your Semi-Automatic Pistol, Rifle and Shotgun

END_OF_DOCUMENT_TOKEN_TO_BE_REPLACED

Has a member of “the fairer sex” asked for your help in learning this skill?

The Round Rock (Texas) Police Department Training Division gave the 12 female officers a cross-section of training to enhance the skills that they use on the job.

Take It To the Limit With Winchester's Blind Side

In the season one finale of Love at First Shot, host Natalie Foster visits the first-ever all ladies 3-gun competition—the Brownells Lady 3-Gun Pro-Am Challenge. Team Smith & Wesson’s Lena Miculek gives tips to newcomers to the sport, and Natalie learns that half the fun of competing is the camaraderie between women.

END_OF_DOCUMENT_TOKEN_TO_BE_REPLACED

News, thank the women of the NRA, Refuse To Be A Victim
END_OF_DOCUMENT_TOKEN_TO_BE_REPLACED