"Golf with a shotgun"? No, this is much more fun!

Of the three main clay-target shooting sports in America—trap, skeet, and sporting clays—sporting clays has experienced the most growth in recent years. The reasons for its popularity are many. 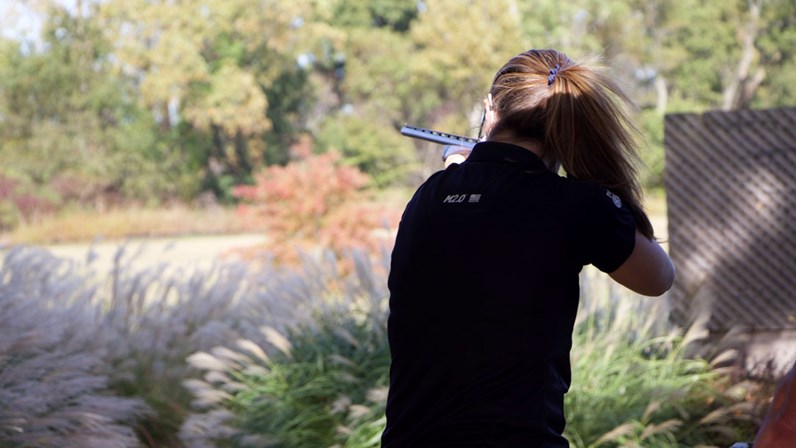 Often described as “golf with a shotgun,” sporting clays ranges take advantage of the topography upon which they are built, and may have anywhere from about a dozen to possibly as many as 20 shooting stations. Shots are taken across fields, through woods, and over streams and ponds. A sporting clays round consists of either 50 or 100 targets. 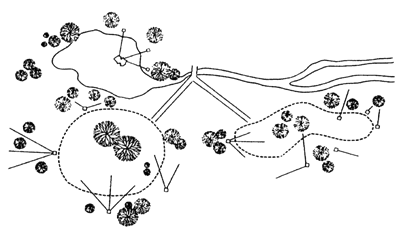 Shooters rotate through the many stations as they would holes on a golf course, firing at singles, doubles, or a combination of those targets at each station. A major fun factor in sporting clays is that targets can come from any angle relative to the shooter, 360 degrees. “Rabbit” targets bounce along the ground toward you, “springing teal” go straight up, and “duck” or “pheasant” targets emerge from behind the shooter and pass overhead. Many shooters insist that this clay-target game comes the closest to simulating actual game hunting. 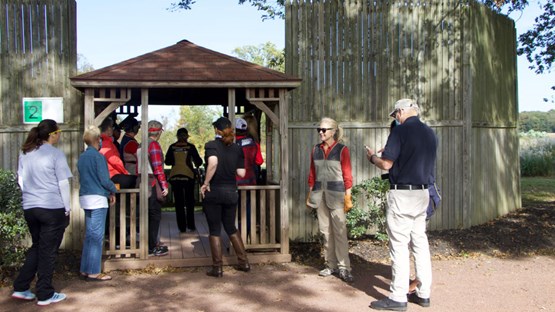 Sporting clays targets may also be of different sizes: standard (about four inches in diameter), midi (about three and a half inches in diameter), or mini (about three inches in diameter). You will know what targets to expect at each shooting station—as well as how and where they will fly—because a “show pair” of targets will be thrown for squad members to see before the shooting begins. It’s important to watch the track of the show pair as intently as possible. Another tip is to study each shooter before you, as his/her shooting approach can give a hint as to how and where to break the targets when it comes your turn to shoot.

Another attraction of sporting clays is the social aspect of the sport; there is plenty of time to chat and joke between shooting stations. But once the shooting begins, proper etiquette dictates that you remain quiet while others are shooting, just as you would expect them to do for you.

Squads of sporting clays shooters are usually made up of from two to four people, but if you’d like to include more in your group, and the course is not busy that day, it’s usually not a problem. Also, most courses are fully automated, allowing shooters to shoot by themselves if they so choose, which is a great way to practice certain targets you may be having trouble breaking.

Most sporting clays shooters use a 12-gauge shotgun. Smaller gauges are also sometimes used, but doing so makes an already tough shooting game even tougher. The reason is that, with smaller gauges, you are not putting as much shot downrange per shell.

As for shotgun actions, most sporting clays shooters choose either an over/under break-action or a semi-automatic. (An advantage of a semi-auto is that it helps reduce felt recoil.)  Those two actions are popular because you’ll need a shotgun capable of firing two quick, successive shots at double targets. An improved-cylinder choke will suffice at most sporting clays ranges.

Other basic equipment you’ll need is a shooting vest or pouch large enough to hold a box or two of shells. As for size of shot, #7.5, #8, or #9 are most often used. Because of safety concerns, many sporting clays ranges have restrictions on using shot larger than those three sizes. The only other required equipment is eye and ear protection. Oh, and take along a hat with a brim, too.

As with any shooting sport, safety on the range is the main concern in sporting clays. That said, each shooting station has a designated area—known as the shooting box—where the shooter stands to shoot. When it is your turn to shoot, wait until you have entered the shooting box and your shotgun is pointed downrange before loading. Then, once you have finished shooting that particular station, make sure your shotgun is unloaded and leave the action open when stepping out of the box.

(Note: If you are looking for a place to shoot anywhere in the U. S., whether it’s trap, skeet, sporting clays, rifle or pistol, go to wheretoshoot.org, a website of the National Shooting Sports Foundation (NSSF).

END_OF_DOCUMENT_TOKEN_TO_BE_REPLACED

News, thank the women of the NRA, Refuse To Be A Victim
END_OF_DOCUMENT_TOKEN_TO_BE_REPLACED