We’re not saying whether or not Halloween happens to be our favorite holiday, but we will say that if you love mysterious outdoor occurrences, you’ll love our October Spooky Series! Every week this October, we highlighted something strange, creepy or just plain weird to raise your eyebrows and some goosebumps. Three of our creepy campfire tales explore the mysterious disappearances of outdoorspeople: The Mystery of Dyatlov Pass; The Panama Jungle Hiker Disappearance; and The Vanishing Germans of Death Valley. What happened to these women (and men, and children), and what (if anything) can we learn from their mistakes? 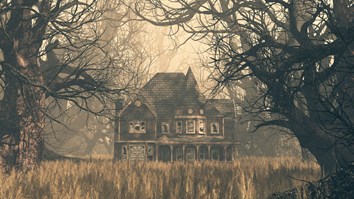 Naturally, not everything Halloween has to be spooky. As horror-movie heroine Sydney pointed out in Scream, many such plots would end in three minutes if only the writers had given their heroines just a little bit of gumption. We fully agree, but we’d like to raise the ante with one more plot-stopper: a home-defense shotgun. Here are our three favorite classic horror flicks that would end in three minutes flat (if she had a shotgun)…

Spine-tingling tales are fun and sometimes funny, but there’s one tale of terror we’re hoping we won’t have to tell…and that’s what the Biden/Harris ticket has in mind for the Second Amendment should they win on Tuesday. If you read nothing else today, please read this. Protect your Second Amendment rights by exercising your 19th!

Ever been curious about what it’s like to live under the gun-control rules of a socialist regime? Just ask anyone who emigrated from Cuba…and that’s what our friends at American Rifleman did. Author Pete Diaz writes: “The first order of business in Castro’s revolution was to disarm the citizens. People ask me, ‘Why haven’t the Cubans overthrown the Castros?’ How can you beat an army of Russian-backed murderers with sticks and stones? The Cuban constitution, similar to that of the United States, was deemed outdated and was replaced by Castro…” Read the whole thing here.

That said, there’s still time to support NRA’s Institute for Legislative Action (NRA-ILA) in its critical efforts during the 2020 elections…and, what’s more, when you do, one of seven Second Amendment-supporting companies will match your donation. With gratitude to Kimber, Lipsey’s, Rock Island Auction Company, SIG SAUER, KelTec, Taurus and Gallery of Guns, you can double your impact by donating today. Here’s how. 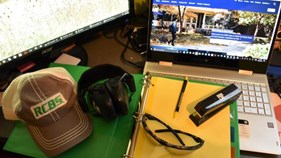 Whether you’re an NRA Woman navigating your own college applications or an NRA Mom helping your kids do the same (or both!), regular contributor (and recent college grad) Serena Juchnowski has some sterling advice for you. You can absolutely achieve higher education without abandoning your shooting-sports or hunting dreams. It just takes a little extra know-how…which we have for you right here on our sister publication, NRA Family.

We spend a healthy portion of our lives at work, and the harsh reality is that bad things can happen to us at work just as easily as they can happen to us in our own homes. It’s important to take the time and develop a plan for when something really bad happens inside your home, but are you prepared for when bad things happen while you’re at work? Here’s what you need to know for emergency preparedness in the workplace.

Emergency preparedness and armed self-defense: Two great tastes that go great together. But the latter is a different prospect for women than it is for men. Some of the reason why is cultural, and some of it is physical. 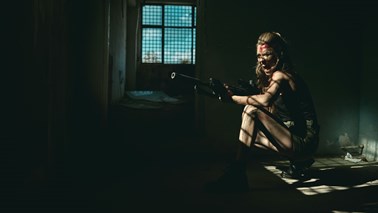 Both of those factors come into play when we talk about one of the cornerstones of self-defense: the “Command Voice.” It’s an essential part of any self-defender’s toolkit, but many women either don’t understand it or don’t know how to use it. That’s a mistake. Here’s how to fix it.

How about a little good news to wrap up this Spooky October? On behalf of the Trump Administration and in support of America’s military members and families, U.S. Secretary of the Interior David L. Bernhardt announced at the Iowa Gold Star Museum that Gold Star Families and U.S. military veterans will be granted free access to national parks, wildlife refuges and other Federal lands managed by the Department of the Interior starting on Veterans Day (Nov. 11) this year and every day onward…

END_OF_DOCUMENT_TOKEN_TO_BE_REPLACED

News, thank the women of the NRA, Refuse To Be A Victim
END_OF_DOCUMENT_TOKEN_TO_BE_REPLACED